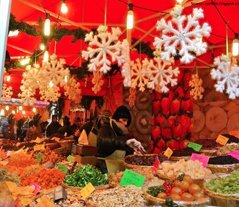 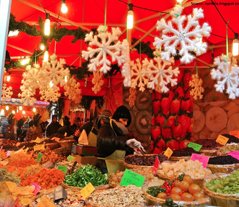 In Italy, we do celebrate the Christmas period in many different ways. One of the most common way throughout Italy to breathe and feel the Christmas atmosphere are the Christmas markets. In Milan, there is one market that has one of the oldest tradition of the city, the Oh Bej! Oh Bej! Christmas Market.

"Oh Bej!Oh Bej!" in American English sounds like "How Beautiful!How Beautiful!", the story behind this exclamation is worth to be mentioned.

All started in the 1510, when Giannetto Castiglione, first Grand Master of the Order of Saints Maurice and Lazarus, was sent by Pope Pio IV in Milan. The reason of his mission was to revive the faith and passion of the citizen in relation to the Saints and the Church. Giannetto was conscious that the Pope in that period was not so appreciated by the citizens of Milan. So Giannetto, thought also that the day of his arrival was in coincidence with the feast of Saint Ambrose, the Patron Saint of Milan. For this reasons decided to enter in Milan with his convoy stuffed with presents and sweetness to donate to the children of Milan. The convoy was followed and escorted by a lot of children and a cheering crowd, unto the basilica of Saint Ambrose. So the story told that all the children that were following the convoy, were saying "Oh Bej! Oh Bej!".

Oh Bej! Oh Bej! Christmas Market has became through all this years an appointment for all the Milan people. In the market you can find antiquities, toys and sweets. From 2006 the market takes place in the area of the Sforzesco Castle in the city center. The period of this lovely market, usually goes from the 7th of December, the day of the Saint Patron, to the immediately next Sunday.