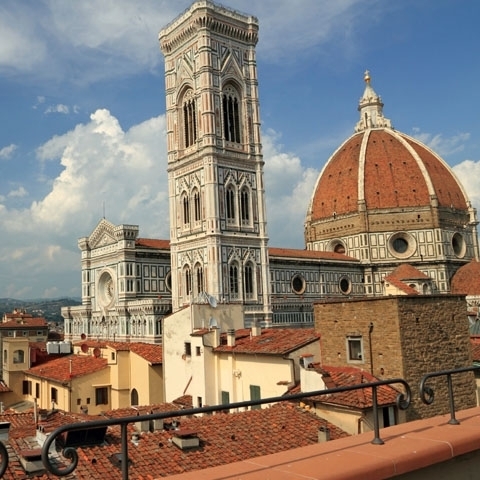 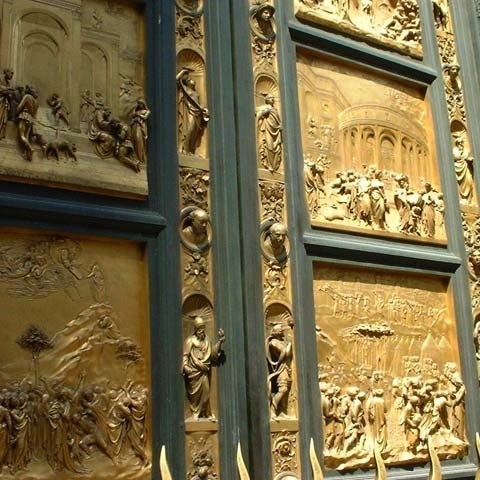 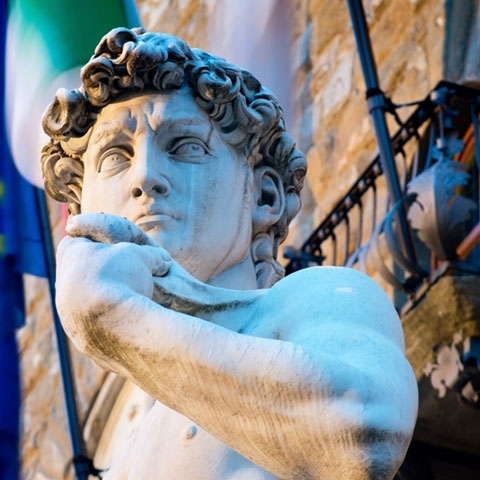 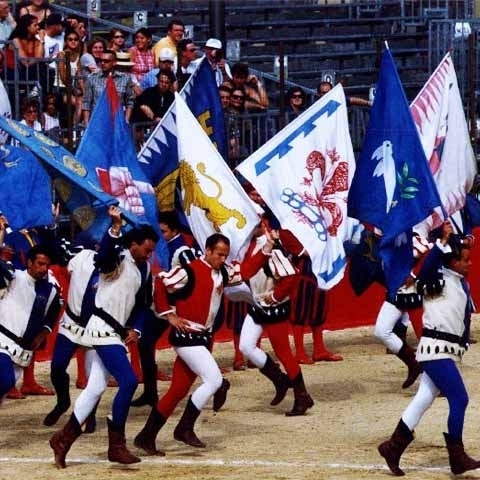 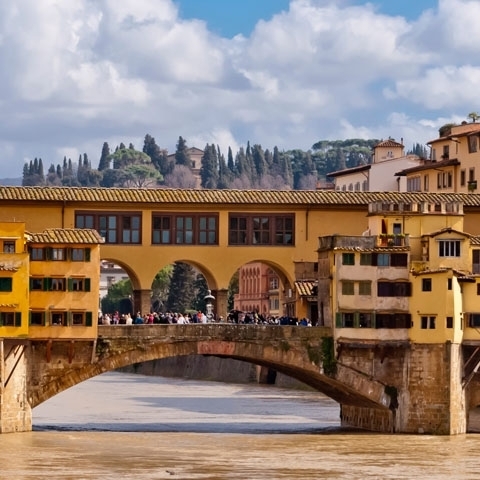 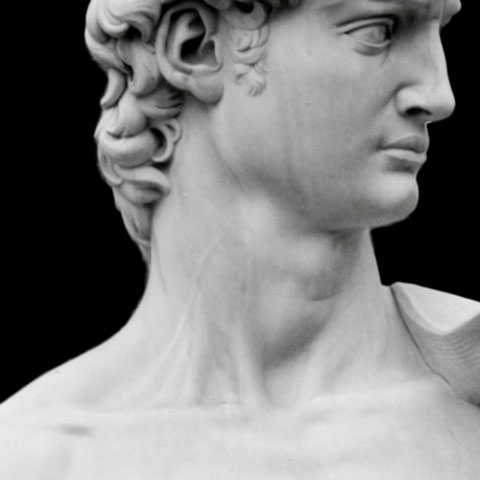 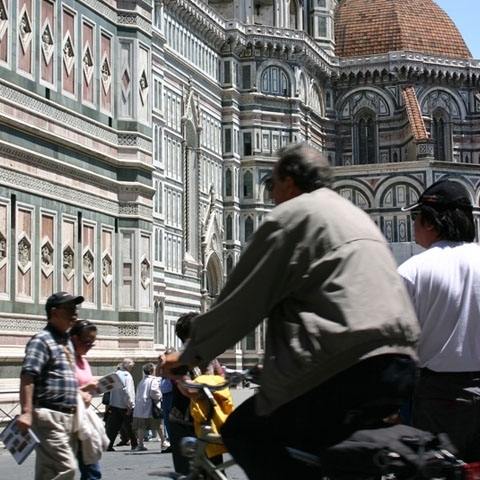 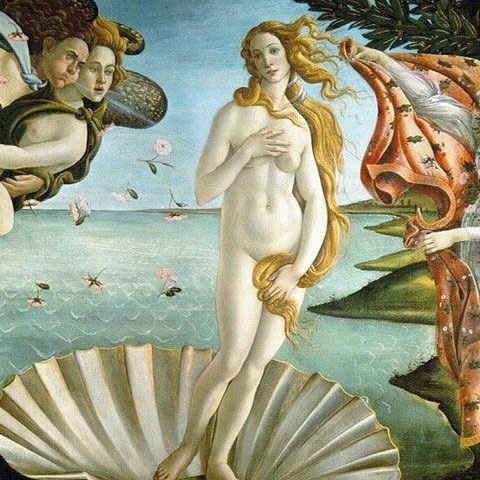 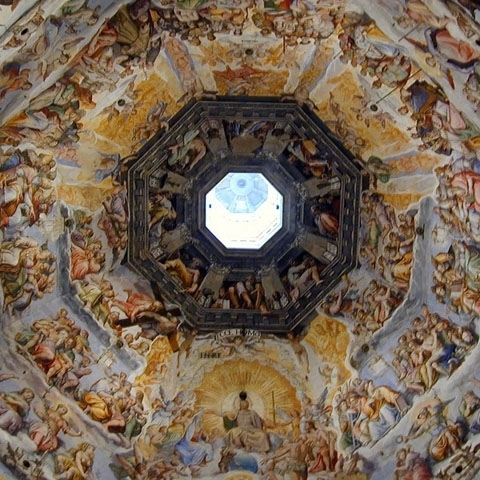 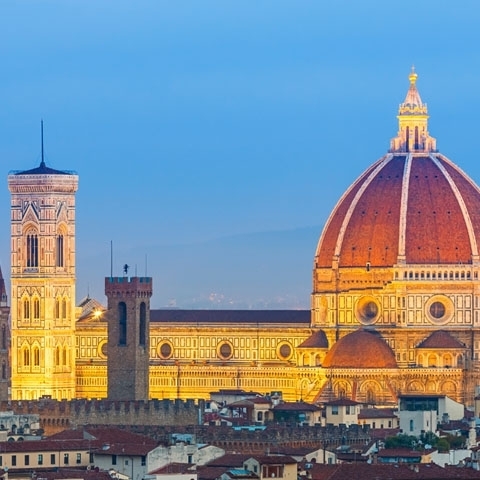 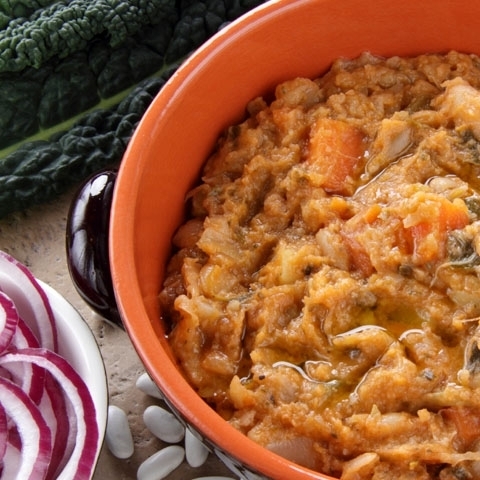 Florence is a captivating Italian locale that Mark Twain once described as a “city of dreams.” With its abundance of timeless art, rustic Tuscan cuisine, incredible boutique shopping, and mesmerizing views at every turn, the city of Florence is nothing short of spectacular. Known worldwide as the birthplace of the Renaissance, Florence embodies the spirit of ancient Italy and has managed to preserve it for nearly 700 years. With over 350,000 who call the city home, and nearly 1.5 million who reside in its surrounding metropolitan area, Florence skillfully fuses the past with the present, creating a unique time capsule of ancient aesthetics housed within a hustling, bustling world of modern day Italy. 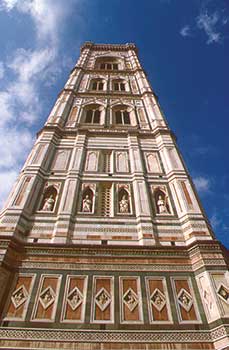 Containing a wealth of preserved artistic and architectural masterpieces, the city is home to almost one-third of the world’s artistic treasures, according to UNESCO, an organization which designates world heritage sites to preserve the world’s most important cultural locations and artifacts. With a near countless number of art galleries and over 45 museums – including the Uffizi gallery, the world’s best collection of Italian Renaissance art, and the Galleria dell'Accademia, home to the legendary statue of David – it is no wonder why the city captures the hearts and imaginations of all who visit. From the ancient churches and stunning buildings that line the city streets to the priceless artistic masterpieces created by Michelangelo, Botticelli, and Giotto housed within Florence’s galleries, the city is bursting with art and culture.

Florence’s influence can be felt in more than just the world of art. The capital of the region of Tuscany, Florence is the birthplace of the Italian language. It was famed Italian author Dante Alighieri and other writers such as Boccaccio and Petrarca who were the first to begin writing in a language other than Latin. Florence was also the first city in all of Europe to have paved streets. With its rich history and incomparable influence on modern Italian life, Florence certainly changed the way that most view Italy. 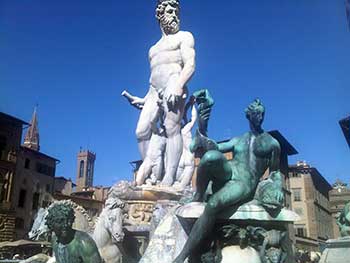 The most iconic and historical elements of the city are heavily concentrated into a small area, making Florence an ideal travel destination. Much of Florence’s sightseeing can be done on foot since many of the city’s prized sites are within walking distance. The streets are often filled with pedestrians and speeding mopeds while locals and tourists alike travel to sought after sites such as the Piazza della Signoria, Florence’s heart and the political center of the city since the 14th century. This L-shaped town square is the center of activity for Florentines and visitors. Nearby one will find the Palazzo Vecchio, the city’s town hall, as well as Piazza del Duomo, home of the iconic Florence Cathedral with Brunelleschi's Dome.

Each view and experience throughout Florence is more magical and culturally enriching than the next. With a city as spellbinding and magical as Florence, it is no surprise that more than 15 million visitors are compelled to visit every year, and it is considered one of the world’s most highly desired travel destinations. 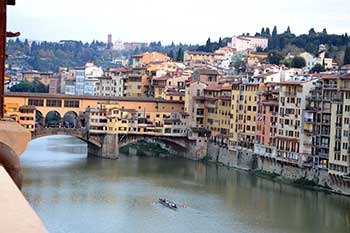 Florence is located in Northern Tuscany. Practically in the heart of Italy’s boot-shaped peninsula, Florence is situated in a basin and surrounded by hills. Sharing its border with Emilia Romagna to the North and East, the city of Arezzo to the Southeast, the city of Siena to the South, and the cities of Prato, Pistoia, Lucca, and Pisa to the West, Florence is a cultural hub characterized by a variety of traditions. Its geography is varied as well, boasting hills, valleys, rivers, streams, and views of the Apennine mountains. However, the city’s geography is primarily marked by the second most important river in Italy, the Arno. 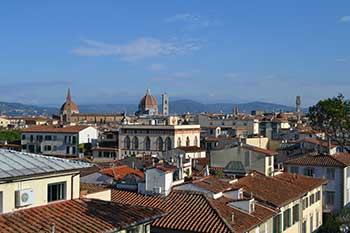 Originating from Mount Falterona in the Apennines, the Arno river is 241 kilometers (150 mi) long and practically splits the city in half. Running below famous Florentine bridges – the Ponte Vecchio and Ponte Santa Trìnita – the Arno river often appears as the main subject of many iconic photographs of the beautiful city.The hills that surround Florence also make for eye catching views in stunning areas such as Fiesole, Cercina, Settignano, and Arcetri. Other unique landscape views can be found in areas such as Greve in Chianti, where endless vineyards lay as far as the eye can see, and Montespertoli and Certaldo, which both encapsulate the quintessential Tuscan landscape. 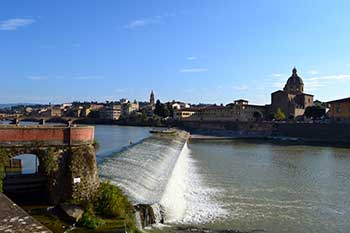 The climate of Florence is considered officially to be temperate and humid. During the Summer months, Florence can be hot and humid, particularly in the city. Winters can be cold, and in some parts of its municipality, snow flurries aren’t abnormal. While rainier than Summer and Winter, Florence’s Autumns and Springs are temperate and enjoyable. These times of year are the most popular for visitors. 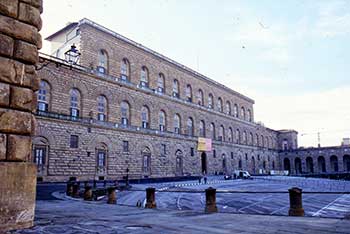 The best way to experience Florence is to immerse oneself into the local life and culture. This is done best by walking the streets and experiencing the vibrancy and life of the city firsthand. Florence is a city that expresses itself through its architecture, landscape views, and sheer artistic essence that permeates throughout the city’s streets. Taking a stroll to one of Florence’s Piazzas is the perfect way to soak in the city. Florentines are friendly and welcoming in their beloved Piazzas and squares, often meeting other locals there for an Aperitivo or simply to catch up. One may also find themselves in one of Florence’s many markets, which are an important part of Florentine life. From the fruit market of Novoli to the Nuovo Market where shoppers can purchase leather goods and souvenirs, markets are a place where handmade and local products are as abundant as the crowds who flock to them. Though navigating the busy lanes and squares can take time, there is no better way to soak in Florentine life than to slow down, look around, and be one with Italy. 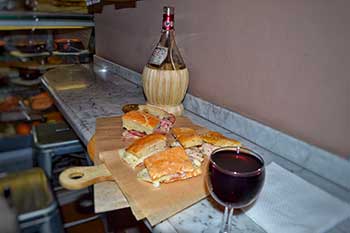 After a stroll around town, visit one of Florence’s many cafes, restaurants, or bars to indulge in some classic Florentine cuisine. When in Tuscany, dine as the Tuscans do! Tuscany’s iconic rustic cuisine is characterized by its simple yet flavorful recipes that are handcrafted with local, seasonal ingredients. Since the cuisine is derived from the Italian peasant culture, there is a deep appreciation and respect for food throughout Florence that is evident in every snack or meal. Whether sitting down for a multicourse meal or grabbing an espresso and biscotti from a street cart, eating time is cherished in Florence as a moment to stop and truly savor both the nourishment of one’s body as well as the invaluable time spent with friends, family, or even strangers at the table. 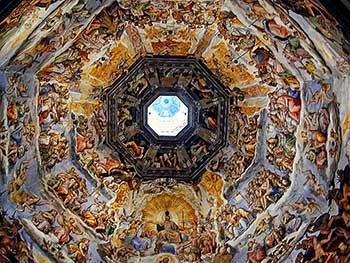 One cannot visit a city that is called “the cradle of the Renaissance” without experiencing some iconic Italian Renaissance art. Luckily, Florence is home to some of the world’s most iconic museums and art galleries. Tourists have been enamored by the city’s wealth of iconic pieces such as Michelangelo’s David and Botticelli’s The Birth of Venus for centuries. From the paintings in the largest museum complex in the city, Palazzo Pitti, to the many wonderful sculptures of the Bargello, Florence’s art scene is a true testament to human achievement in art.

To escape the busy city, one should not underestimate the beauty and wonder of Florence’s surrounding areas. Small towns on the outskirts of the city offer unique insight into the area’s history as well as their own special landmarks and views. Towns such as Fiesole, Certaldo, and Vinci – the birthplace of Leonardo Da Vinci – are all spectacular examples of the richness of the Tuscan countryside. Renting a car for a day is a wonderful way to take in the area’s winding roads and rolling landscape.

Florence’s beauty is subtle, yet unparalleled. From its magnificent palaces, to its bustling squares, to the sheer volume of Renaissance art held within its famed museums, the irresistible heart and spirit of Florence can be felt throughout the entire city and its surrounding areas.