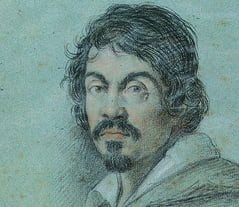 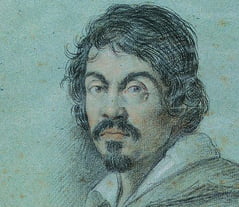 Castel Sismondo in Rimini, Emilia Romagna, will host, from next October to March, works of extraordinary artistic value.
Among them, visitors will find the very famous Caravaggio “St Francis in Ecstasy.”  The masterpieces come from the Wadsworth Atheneum Museum of Art, the oldest American museum and surely one of the most important. It is hard to find someone who has never heard about the Caravaggio, known not only for his art, but also for his turbulent life.
His real name was Michelangelo Merisi, and he was born in 1573 in a little village, north of Italy.  At the age of 11, he was trained in Milan under a master and he began to learn the fundamental technical skills of painting. Between 1588 and 1592, Caravaggio went to Rome where he worked as assistant of other artists. He refused the tradition of painting religious subjects in an idealised way.

Everything according to Caravaggio must have been shown as realistic as possible. Saints or even the Virgin could have, for example, dirty feet. It is not unusual to find among his works religious scenes as if they were taken from the streets; for this reason reaction of church was sometimes negative, as the religious characters were considered too plebeian and not decorous enough.

Light and shadow are protagonists in his works of art.  Caravaggio inclinations were always toward anarchy and against tradition, both in art and in life.
He earned his living for the most part with hackwork. Finally, he began to sell his pictures through a dealer who brought Caravaggio's work to the attention of Cardinal Francesco Del Monte, who had a great influence in the papal court. Caravaggio soon came under the protection of the Cardinal, with a pension in his house. Caravaggio was often arrested and imprisoned. He was accused of brawling, including one incident, where   he wounded a soldier.

Once he threw a plate of artichokes in the face of a waiter, another time he threw stones at a Guard. During a furious brawl over a disputed score in a game of tennis, Caravaggio killed a young man named Ranuccio Tomassoni.

Terrified for the consequences of his act, Caravaggio fled Rome to Naples, outside the jurisdiction of the Roman authorities and under the protection of the powerful Colonna family. Thanks to his connection to the family, he had many church commissions.  He the travelled to Malta, where he was received as a celebrated artist, and made “Knight of Justice” in the Order of Malta.

Soon afterward, however, either because word of his crime had reached Malta or because of new misdeeds, he was expelled from the order and imprisoned. He escaped from jail and went to Sicily, asking for the pope’s pardon. Caravaggio died on a beach in Tuscany on July 18, 1610.

Caravaggio’s work was forgotten almost immediately after his death, and it was only in the 20th century that his importance was rediscovered.