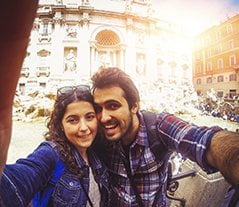 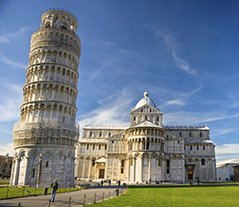 Thanks to the differing climate zones in various areas of the country, each month of the year provides an ideal Italian destination. Therefore, deciding when to travel to Italy depends almost exclusively upon one’s interests. Below are some tips regarding the best months to travel based on selected interests and regions. One thing to keep in mind is that the month of August is when much of the county experiences its hottest temperatures and most locals go on vacation, so expect many attractions and restaurants to be closed during this month.

Beaches: For those interested in relaxing at one of Italy’s many beaches, it is best to visit from June through September.

Winter Sports: Those interested in winter sports both on the Alps and on the Apennines should visit from December through March.

Art Cities: If you wish to visit Italy’s famous art cities (Rome, Florence, Venice, Milan, and more), the best times are March through June and September through October.

Wine Lovers: The best time to visit Italy’s eminent wine regions is from August through October as these are the principal months for grape harvesting. 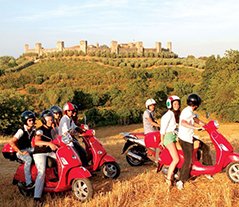 The period between April and September in Tuscany is characterized by long days filled with sun and nice weather. April to June is the best time to visit the region’s art cities, such as Florence, because the area is not too hot, unlike the principal summer months. The best time to visit the coast of Tuscany is during the summer months from June to September. Those interested in doing some wine tasting should head to Tuscany in September, which is just in time for the harvest. 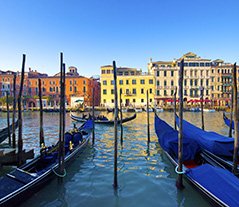 Those wishing to visit the cities at the interior of this region as well as Venice, should consider travelling between April and June or September and October. The area around Lake Garda features a mild climate and can be visited throughout the year. The winter is the best time to travel to the Dolomites for those who wish to ski, but the mountain range can be visited in every season of the year without many problems; visitors should keep in mind that the Dolomites’ main rainy season is the summer, particularly in the afternoons. Finally, those who wish to visit Veneto’s Adriatic coast and spend some time at the beach should visit from June to September.

The recommended months for travel to Sicily are from April to September, but thanks to its mild climate, this island can be visited during any season of the year. Those who travel to Sicily in September and October will find mild temperatures and a peaceful atmosphere free of masses of tourists. 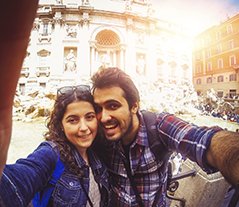 The sunny and hot months between April and September offer the perfect weather for exploring the region of Lazio and the city of Rome. However, the hottest months of the summer, July and August, can be considered nearly too hot to visit Rome. Rather, these months are perfect for visiting the beaches along the coast of Lazio and the interior part of the region that contains more highly elevated areas.

Best time: May through September

Liguria is a region known for its beaches, therefore the best time to visit is from May to September when there is less chance of rain and the temperatures are mild to hot.

The best time to visit the Piedmont region is towards the end of September through the beginning of November because the days are still relatively warm and there is the possibility to witness the grape harvest in the hilly areas of the region, such as Monferrato and Langhe. Spring can also be a nice time to visit, even though it can be rainy in some areas.

Sardinia can truly be visited at any point during the year, though April through October could be considered the best time to travel to this island region. July and August are when the beaches of Sardinia are the most crowded, so those wishing to experience Sardinia’s beaches without having to deal with massive crowds should travel to the island in June or September. In addition, the spring provides mild temperatures and long sunny days, all of which is perfect for exploring the interior areas of the island that will be filled with vegetation and flowers. Spring is also a good time to visit the coast, even though the water may still be a bit too cold for swimming.

Best time: March through June and September through October

Spring and fall are by far the best times to visit Lombardy as the flat areas of the Po Valley can experience stifling heat during the summer.

General travel: The period from March through October is when Italy experiences its best weather with mild to hot temperatures in most of the peninsula.

Overall best time: However, the overall best time to visit Italy is April through June when the temperatures are mild in every region, the breathtaking countryside is blooming with flowers, and it is easy to explore cities without having to deal with either significantly hot or cold temperatures.