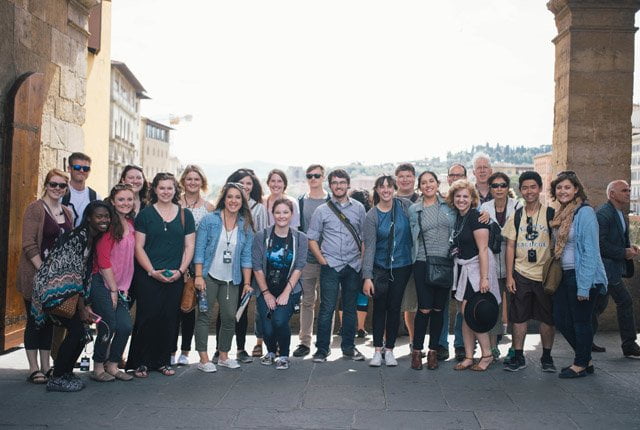 A trip to Italy has been on your bucket list for years, and now you are finally making it a reality. Before making any concrete decisions or reservations regarding your trip of a lifetime, consider these top ten spots for a sightseeing itinerary in Italy that you won’t want to miss.

Just the mention of the town of Venice can evoke a detailed vision of a classically made wooden gondola sluicing through the city’s elaborate network of canals, its guide serenading riders with a heartwarming Italian love song.

Venice is actually a city of small islands that are separated by a series of canals and linked together by hundreds of bridges.  One of the most popular gondola rides in Venice is one that explores the Grand Canal.  On this route, visitors can enjoy the romance of this unique mode of transportation while taking in some of the area’s more prominent landmarks including the Basilica di Santa Maria della Salute, the Fenice Theater, and the Accademia Bridge.

The Leaning Tower of Pisa, often referred to as the Toree Pendente di Pisa by locals, is located in the city of Pisa and is a worldwide recognized icon of greater Italy.  The tower took more than two centuries to complete and at a height just shy of two hundred feet, it is one of the tallest landmarks in the area despite leaning to one side due to the soft and shifting soil it was originally built on.  Don’t miss the opportunity to climb the almost three hundred steps to the top of the tower for some outstanding views of the city. 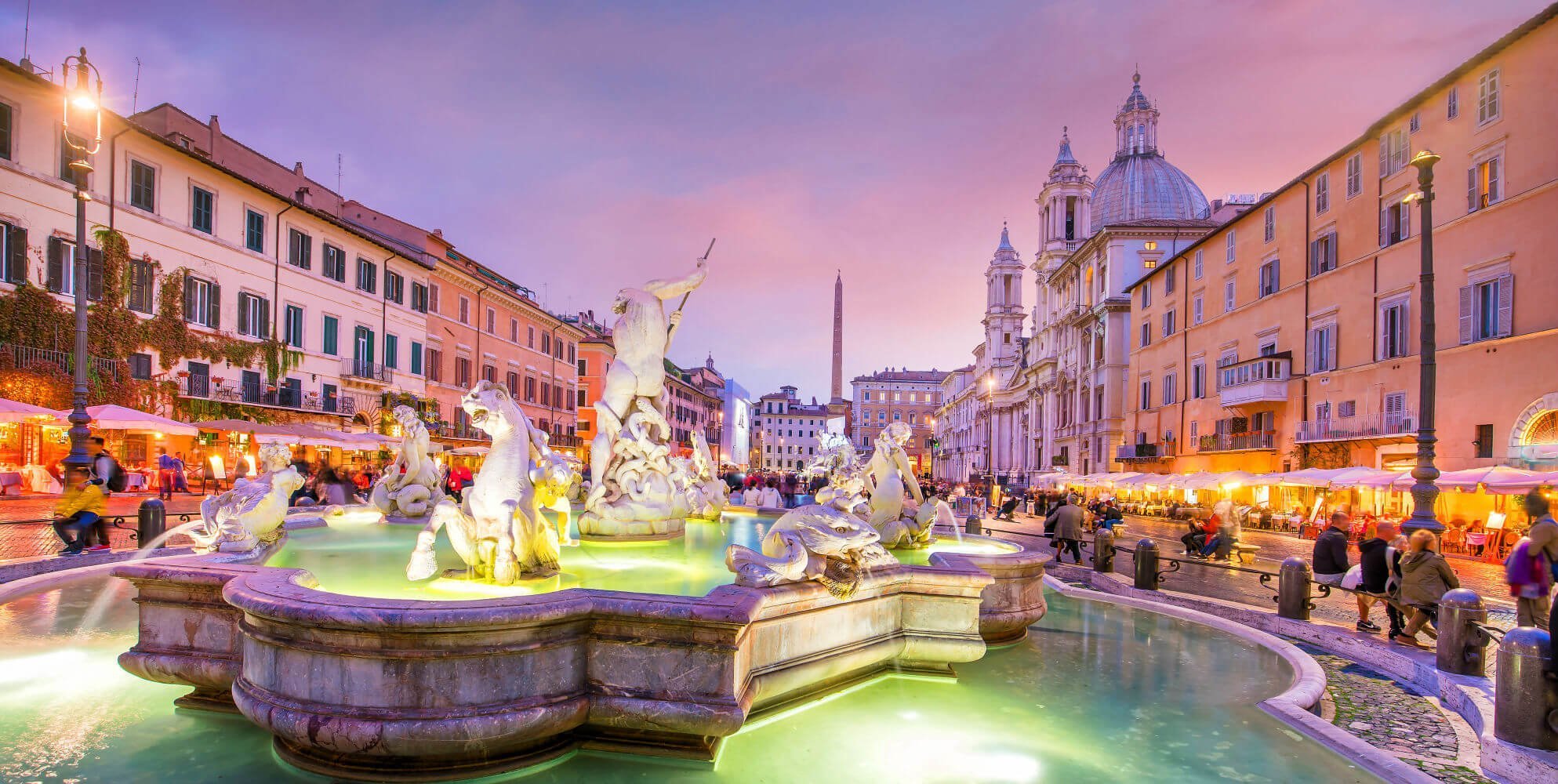 One of the most iconic symbols of Rome is the grand Roman Colosseum.  For centuries this structure has been a symbol of the Roman rule of the first century.  Made of concrete and stone, the Colosseum is considered to be the largest amphitheater
r in the world, even though much of the structure has deteriorated over time due to its age and natural disasters such as earthquakes.

The best way to see the Roman Colosseum is to arrange a guided tour.  With the help of a guide, the arena truly comes alive as you stand near the center where thousands of spectators once packed the seats to watch gladiators battle for their freedom.  A guided tour also allows you to view the underground Colosseum which is a complex network of tunnels where gladiators and wild animals once anxiously awaited their fates.

Also not to be missed when visiting the Colosseum is the nearby Roman Forum, a historic area of ancient ruins that was once the heart of the Roman community.

Another spectacular site in Rome is the awe-inspiring Vatican City.  This historic religious complex is enormous and is rich in sacred art, architecture, and tradition.  The main sights within the complex are Saint Peter’s Basilica, Saint Peter’s Square, and the Sistine Chapel.

Perhaps the most externally commanding structure is Saint Peter’s Basilica which is widely considered to be one of the largest churches in the world.  The interior of the basilica is even more commanding with exquisite tiled floors, extensive collections of art, and hundreds of thousands of ornate details that easily captivate its visitors.

Don’t miss the opportunity to soak up the sun and ambiance of the area in the stunning Saint Peter’s Square.  This large open air square is perfect for sightseeing, people watching, and soaking in the grandeur and reverence of Vatican City.

Located at the top of Italy’s border with Switzerland is the charming getaway of choice for many celebrities worldwide, the gorgeous Lake Como.  This lovely area is picture perfect with its sparkling blue waters, luxurious villas, quaint little Italian towns, and the rugged Alps rising in the distance.

Lake Como is world renowned as a delightful getaway from the hectic pace of everyday life.  For that reason, travelers generally spend just as much, if not more, time relaxing and wandering the area as they do sightseeing. The top attractions in the area are without a doubt sneaking a peek at popular villas visited by the likes of American celebrities such as George Clooney and taking guided boat tours of the many adorable towns that dot the shores of the beautiful Lake Como.

One of the trendiest places to visit in Italy is the colorful and picturesque area of Cinque Terre on the coast of Italy.  Cinque Terre is comprised of five villages that are in close proximity to each other and sit right on the edge of the rocky coastline.  The colorful buildings exude a cheery and whimsical air, especially when reflected on the water of the Ligurian Sea.

The natural beauty of Cinque Terre keeps its visitors busy with a number of exciting outdoor activities including hiking the paths that wind between the hillside and villages, taking boat tours of the area, and visiting local vineyards.  The beaches of Cinque Terre are pristine and offer fabulous sunbathing and sand castle building while just offshore activities such as scuba diving, snorkeling, paragliding, and swimming abound.

One of the most fascinating and equally heart-wrenching examples of history that seems to be almost frozen in time is that of Pompeii.  Thousands of years ago nearby Mount Vesuvius violently erupted showering the entire city of Pompeii in layers of solid ash and rock.  Although the heavy amount of volcanic output resulted in an immense loss of life here, archeologists think it is also ironically responsible for preserving much of the city’s artifacts and history.

No visit to Pompeii is complete without trekking to the place where it all started, Mount Vesuvius. Climb to the top of the crater to get a one of a kind look at Mount Vesuvius and exceptionally beautiful views of the Bay of Naples below.

One of the most unusual examples of natural architecture you will find in Italy is that of Sassi di Matera, located in the city of Matera and the region of Basilicata.  The Sassi is a large complex of ancient cave dwellings that are actually carved into tufo rock.

Historically, the Sassi is considered to have been inhabited since 7000 BC.  Throughout the years it has largely been continuously inhabited until the mid-twentieth century when the area became poverty and disease stricken, prompting the government to order a relocation of Sassi residents. However, today the area has come full circle and is now regarded a tourist hot spot and has been declared a United Nations Educational Scientific Cultural Organization (UNESCO) World Heritage Site.

While visiting the Sassi, be sure to explore the area and enjoy local pubs, shops, and more that bring this ancient rock city into the twenty-first century with style.

The Isle of Capri is a true treasure of the Amalfi Coast in Italy.  Although pictures may come close, few can truly do justice of the beauty of this natural wonder.  The island is an estimated at four square miles and rises sharply from the gorgeous blue waters of the Gulf of Naples and the Tyrrhenian Sea.

Island life is considerably slower here in Capri than in larger, urban areas.  The main draw for celebrities and travelers alike, is the remote and largely untouched beauty of the island that makes for an outstanding escape from daily pressures.  Other popular attractions and sightseeing stops while visiting the Isle of Capri include the harbor of Marina Piccola, the Belvedere of Tragara, a series of limestone rocks rising out of the sea called the Faraglioni, and the mesmerizing Blue Grotto.

Perhaps the best known and most stunning historic landmark in the thriving metropolis of Milan is the La Scala Opera House, sometimes referred to by locals as the Teatro alla Scala. The theater, originally known by another name, was established as the La Scala in the late eighteenth century. The interior is luxurious and grand with at least four balcony viewing areas, a central viewing area, and a magnificent center stage.