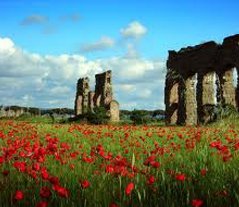 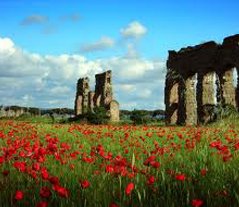 When in Rome, do as the Romans do. That includes drinking the water from one of the many beautiful public fountains around the city. It is truly the freshest supply of drinkable water and one could say it originated the concept of fresh spring water, as it has been available for public drinking since 312 B.C.

The Romans built an ingenious system of aqueducts, so famous that the city was called the "Queen of the Waters." The first aqueduct was built in 312 BC, with 11 others built in the 500 years afterward. These aqueducts are still functioning today and supply the entire city with drinkable water. The system took water from the nearby springs on the hills and channeled its flow into a duct regulated only by the force of gravity, on a constant slope of about 2%. Then the water is passed through the “piscinae limariae”, a series of tanks where all the sediments are deposited on the bottom. The Roman aqueducts, which can still be visited, were designed with arches in their architectural structure, so as to not interfere with obstacles on the ground 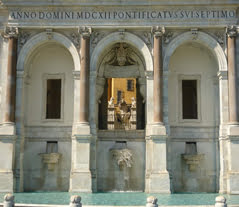 At that time, the availability of drinkable water was almost twice what it is today and Rome had more than 1300 public fountains and several public pools, where people could bath and enjoy the fresh, cool water during the warmest days. Today, it is still true that no other city in the world can count an equal number of fountains as Rome. In fact, the poet Shelley once said, “Only the fountains justify a trip to Rome". Nowadays, as throughout the history of Rome, water and fountains are part of the cultural and artistic heritage of this ancient city. So, every time you stop by a public fountain and have a drink of water, you may be standing where famous Roman warriors, scholars, artists and poets once stood and indulged in the original spring water.