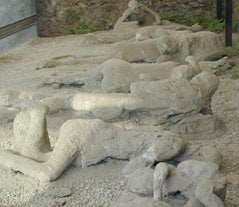 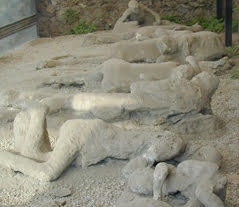 The archaeological site of Pompeii is one Italy’s and the world’s most popular tourist destinations. This ancient Roman city was destroyed by the volcanic ashes from a catastrophic eruption of Mt. Vesuvius on August 79 A.D. Today, one can see the well preserved remains of a city and its local population that was buried alive, later rediscovered in 1748.