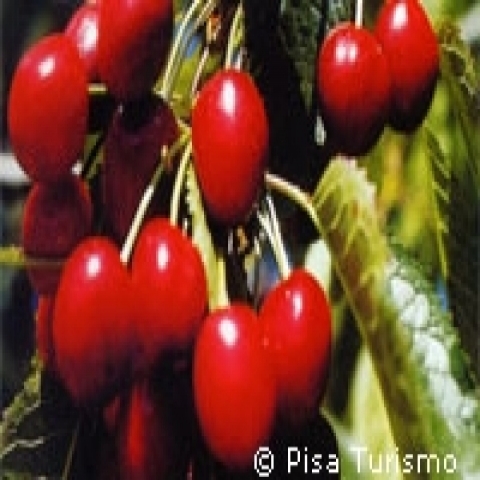 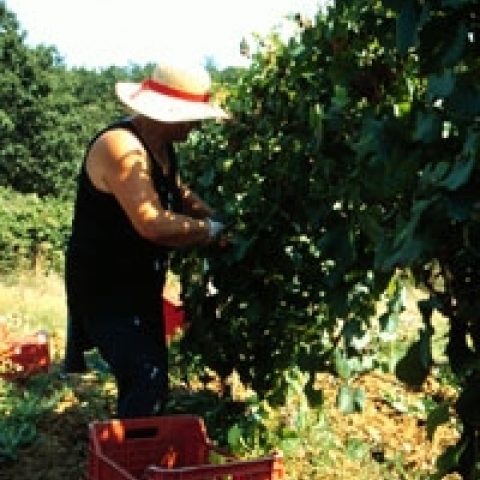 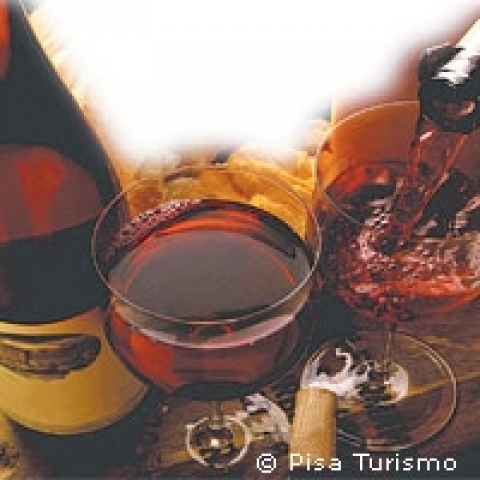 Pisa’s cuisine is delicious and varied, much like the landscape of the area which surrounds it. The varietal geography – ranging from hills to farmland to sea – offers local chefs fresh ingredients, including seafood, grain, olives, grapes, and more.

Menus throughout Pisa shift and change based on the availability of local ingredients and take their influence mostly from Tuscan cuisine. From prioritizing simple, yet fresh local produce, grain, and meat to widespread use of bread and olive oil, nearly every aspect of a recipe in Pisa is reflective of Tuscan traditions. However, one of the main factors which differentiates Pisa cuisine from general Tuscan food is the vast use of seafood.

Meat dishes throughout Pisa vary from game to beef. Mucco Pisano – a special breed of cow only bred in the Pisa countryside – is a key ingredient throughout the city. From tortelli di Mucco (ravioli-shaped pasta filled with Pisan beef and topped with ragu) to second course dishes such as roasts, it is used in nearly every course.

Another important ingredient in Pisa’s cuisine are mushrooms. Often eaten freshly sliced and dressed in salads or used in complex sauces, mushrooms add an earthy and meaty taste to dishes. 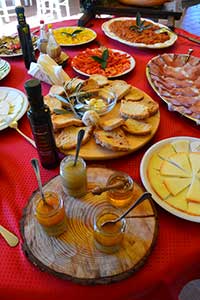 To begin a meal in Pisa, locals take inspiration from Tuscany by utilizing Tuscan bread – known for being made without salt – as an appetizer on its own or using it as the base for a variety of canapés.

Another common Tuscan appetizer one will find in Pisa is tagliere crostini e affettati. This dish is everything one could hope for in Italy served all at once. A big wooden tray is topped with a variety of local cold cuts, different kinds of crostini, as well as a selection of fresh, local cheeses. This delightful introduction to the world of Pisa cuisine is perfect to warm up the palate for the rest of the meal. 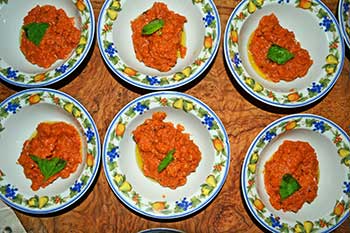 After warming up with appetizers, the first course in Pisa reflects the area’s tradition of “peasant cuisine,” characterized as dishes made from old recipes using simple and inexpensive ingredients. An example of this type of cuisine is pappa al Pomodoro, a recipe that utilizes stale bread so as not to waste anything. To the bread, tomato, basil, garlic, onions, and olive oil are pureed together.

A popular winter dish, bordatino alla pisana, often appears in the first course. This dish is made of a dense broth, beans, black cabbage, and a form of fat – either bacon, prosciutto, or lard.

Other traditional first course dishes include trenette alla renaiola – an old recipe consisting of pasta, anchovies, and turnip tops that derives from boating traditions along the Arno – and spaghetti con le arselle – a Tuscan coastal recipe made simply with spaghetti, olive oil, parsley, and clams.

As with the rest of Italy, Pisa cuisine in the 2nd course is where one will find the most meat. Dishes like fagioli all’uccelletto are found all over the area. This classic Tuscan recipe combines kidney beans with tomato sauce and sausage. In Pisa, however, ossobuco (veal shanks) are popular.

In terms of seafood, popular dishes include anguille in ginocchioni – a unique dish of fried eels cooked in tomato sauce – and muscoli ripieni. Nearly every region or seaside town throughout Southern Italy has their own version of muscoli rpieni. The Pisa version is made with mussels that have been stuffed with ground pork, stale bread that has been soaked in milk or water, Pecorino di Pisa cheese, and spices like nutmeg, garlic, parsley, and olive oil.

To go alongside nearly any meal, look out for these popular Pisa sides and condiments. One key ingredient used spread on bread during meals is a particular type of olive oil called Olio di Oliva dei Monti Pisani. Made from a specific kind of olive tree, this oil is untreated and best enjoyed on its own.

A unique vegetable often common on the tables of Pisa is cavolo nero – black cabbage. Often found in various dishes such as soups, pasta, and ravioli, it can be found as a condiment as well. 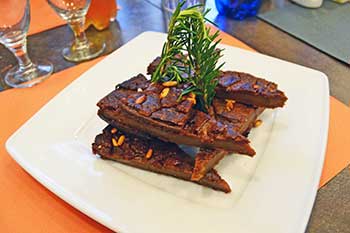 To top off an amazing meal in Pisa, there is nothing like dessert. First timers must start out with the most classic dessert of the area – torta co’bischeri. This tart is filled with rice that has been lemon flavored and cooked in milk. Chocolate, vanilla, nutmeg, and dried fruit such as raisins are added along with maraschino liqueur to create a traditional and delectable dessert.

Other desserts to try in Pisa are castagnaccio – cake made of chestnut flour and pine nuts – and Mattonella di Pinoli di San Rossore – a frozen treat made with cream and pine nuts.

Nearly every region and city of Italy has a trademark street food, perfect for eating on the go while sightseeing or while relaxing on a bench watching the people go by. In Pisa, that food is called cecina. Made simply with chickpea flour, olive oil, and salt, cecina is a cake that is best eaten warm. 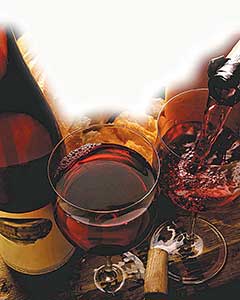 Among Pisa’s many delicious offerings, we cannot forget to mention the vast wines the province is known for. While the vineyards of the area are not sprawling like those of Tuscany, the wines they produce are hailed for their variety and quality, since growers must be more selective in their more limited vineyard space.

The wines produced in Pisa are DOC and IGT, meaning they are guaranteed to be produced from specific areas. Some of the best local wines include the Chianti of Colline Pisane – a red wine widely renowned throughout the region – Montescudaio, Bianco Pisano di San Torpé, and Colli dell’Etruria Centrale.