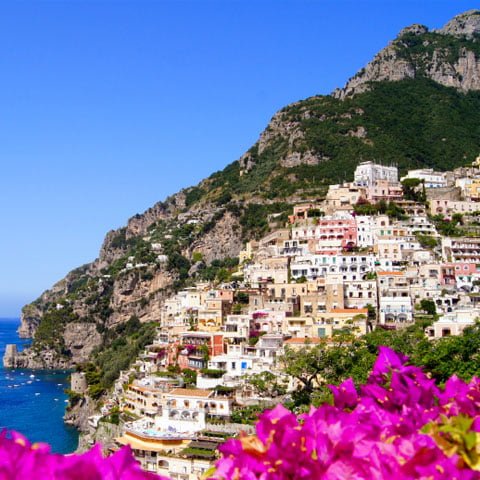 We had a great time in Italy and overall were very happy with all the tours, etc. As far as logistics, all the drivers were on time and we got from place to place as expected.

As far as the guides, all were excellent, with no exceptions - knowledgeable as well as personable. Marco was the driver/guide for Amalfi coast, The Boat crew for the Capri boat trip, Simona in Pompeii, and tour group in Rome. We had the same guide, Serena, for both the Colosseum/Roman Forum and Catacombs tour, and she was excellent. The Vatican tour was good as well - could've used another hour on the tour, but then again time is limited and there's too much there anyway. You have good connections with these tour providers.

As far as hotels, the one in Sorrento was lovely - the place is clean (and had nice towels and plenty of soap and shampoo), the people are nice and the breakfast is excellent. It was also in a good location.

The hotel in Rome, however, was a bit lacking. The location was ok, the rooms were larger than in Sorrento, and the staff was friendly enough. However, they really skimp on services. Our individual complaints seem minor but taken together they show a hotel management that doesn't care about guests, only about saving money. The rooms aren't too clean - ants come into the rooms through the small terrace outside (so no proper bug spraying); the bathrooms were not thoroughly cleaned each day; the towels were thin; the shower curtains were terrycloth (I've never seen that in any other hotel) so they were always damp and musty-smelling; the plastic shower curtain liner in my daughters' bathtub wasn't long enough so the first time they showered water leaked out of the bathroom and into the foyer (then we had to put the terrycloth shower curtain into the tub to prevent the water from getting out); and we had to ask for additional soap bars. They had liquid bath gel/shampoo combination, which isn't good for either a shower or a shampoo. The breakfast room was noticeably understaffed, given the number of guests staying at the hotel.
Overall, it didn't detract from our enjoyment of Rome, but for your future bookings you may want to check further on this particular hotel. It needs to be managed by people who aren't looking to cut corners.

We enjoyed everything on the trip so it's hard to pick a favorite thing, but the highlights for my daughters were the Blue Grotto/boat ride and the Colosseum/Roman Forum tour. The food was excellent and they had gelato every day. We also tried a few of the restaurants suggested in your tour materials.

Thanks again for arranging this tour. We were pleased with your service and would use your company again in the future.