If there is one thing that Italians are passionate about, it is their culture. The deep pride and value that Italians have for their country and their way of life is palpable, and the love for their identity as Italians seeps from every aspect of their culture. From the sports, music, and television that locals enjoy during times of recreation, to the buildings, monuments and historic sites that are visited by millions every year, to the iconic art movements and masterpieces that have made their indelible marks on the world, Italy is a country that is vibrant and alive with a rich, unique culture.

The Italian people are known for their deep-rooted love of family and tradition. The influence of the region’s long history can be seen throughout Italy’s daily life in the form of its cities’ architecture, the daily cuisine, and the Italian lifestyle. Italians love sports, television, and music.

The national sport of the country is soccer. When the National Team plays, nearly everyone takes notice and watches, including those who are not typically fans of the sport. The pride that Italians feel for their country is reflected in their pride for their National team. The World Cup is an enormously popular sporting event which practically shuts down the country. When the Italian National Team is competing, it is difficult to find cars or passersby in the streets, as everyone is watching together. In addition to watching soccer, locals also enjoy playing it, meaning anywhere there is a ball, Italians can have a great time! A common discussion topic and point of interest at Italian dinner tables, across crowded bars, and throughout piazzas, soccer is a sport that not only celebrates, but also unifies Italy.

Television is a favorite pastime in Italy. The national public broadcasting company of Italy, RAI, is the main source of news and information for locals. The network also airs national events, such as the beauty pageant, “Miss Italia,” or the “Sanremo Music Festival,” the most famous pop music event in all of Italy. Television hosts in Italy are thought of as an extension of the family, given their daily presence in the lives of Italians. Television figures such as Corrado Mantoni, Mike Bongiorno, and Pippo Baudo have made major impacts on the Italian culture and are well known throughout the country.

Aside from television, the radio is another important source of entertainment for Italians. Listening to the music of Italian songwriters and singers is an important part of most local’s everyday lives. Artists such as Lucio Battisti, Mina, Adriano Celentano, Francesco De Gregori, and Antonello Venditti are just a few of the many artists whose music represents the melody of Italian life. Music in Italy connects and unites listeners, helping to express the daily life of Italians in an important and meaningful way. 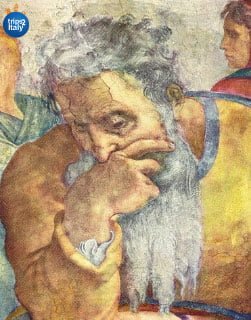 In almost every period or movement in art, there is evidence of Italian excellence and ability within it. Not the least of which is the Renaissance movement, which began in Italy. Known as the “Cradle of the Renaissance,” Tuscany is the home of this movement which impacted art as we know it in an incredible way. In addition to being home to one of the world’s most important artistic movements, Italy is the home country of some of art’s most prestigious and celebrated artists.

Legendary artists such as Leonardo Da Vinci (The Mona Lisa, and The Last Supper, hidden in Milan) and Michelangelo (The Sistine Chapel, the statue of David) hailed from Italy, solidifying the country as an epicenter for creative arts. The most influential painters of the Renaissance, Raffaello, and Caravaggio, an unquestionable master of Gothic and Baroque art, also call Italy home. Other influential painters from Italy include Tiziano, Giovanni Fattori, Giorgio De Chirico, and Franco Modigliani. In addition, Antonio Canova, a Neoclassical sculptor and creator of Psiche e Amore and Paolina Borghese Come Venere Vincitrice, and other iconic sculptors such as Donatello and Gian Lorenzo Bernini come from Italy. The sheer number of influential artists to call Italy home is evidence of the massive impact the Italians have had and will continue to have on the world of art. 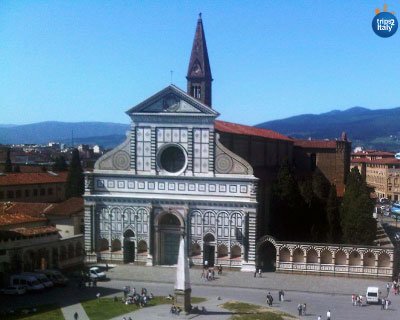 Art is not the only way that Italian culture has made its mark on the world. There are few countries that have had a greater impact on architecture than Italy. Four main architects serve as the pillars on which the legacy of Italian architecture stand. Giovan Battista Alberti, considered to be the epitome of the Renaissance man, is one of the fathers of the Florentine Renaissance. Filippo Brunelleschi, an architect and engineer, created one of the masterpieces of engineering, The Dome of Santa Maria Del Fiore in Florence. Andrea Palladio, considered to be the father of Western architecture, created palaces and villas that serve as inspiration to many modern architects today. Lastly, Renzo Piano, one of modern day’s most influential architects, has created many of contemporary architectures greatest masterpieces.

Literature is another way to take in the culture of Italy, as some of the world’s best authors have been a product of the country. The legendary Divine Comedy was written by Italy’s own Dante Alighieri, and the masterpiece The Betrothed was created by Alessandro Manzoni, an Italian native. Italian authors have won the Nobel Prize multiple times, including Luigi Pirandello, Giosue’ Carducci, Grazia Deledda, Eugenio Montale, Salvatore Quasimodo, and Dario Fo, proving that in literature, Italy is a force to be reckoned with.

When it comes to artistic expression, Italians do not limit themselves to art and writing. Music and movies are also essential reflections of the Italian culture.

As the mother of Opera, Italy is home to the most talented opera singer in the world, Luciano Pavarotti. Italy also boasts such composers as Giuseppe Verdi, and Giacomo Puccini as well as world famous conductors like Oscar winner Ennio Morricone and Riccardo Muti.

Italian cinema is a well-respected and highly studied art form, making appearances in film schools throughout the world. Italy’s Cinecittà Studios is located just outside of Rome and is the largest film studio in all of Europe. Italy gave birth to some of the greatest directors of cinema, such as Federico Fellini, Sergio Leone, and Roberto Benigni as well as actors Sophia Loren, Marcello Mastroianni, Vittorio Gassman and Vittorio De Sica. All of these figures represent the greatness of Italian cinema and its impact on the world of film.

In addition to being a world leader in art, Italians have made permanent marks on the history of the world as well as the world of science.

Famed explorer Marco Polo, born in Venice, was the first explorer to chronical the trek to China, creating a series of innovations that would change European life completely. Other explorers such as Cristoforo Colombo and Amerigo Vespucci helped to make America what it is. The former discovered the new world and the latter named it.

Some of the world’s most influential scientists call Italy home, including Galileo Galilei who was born in Pisa, Alessandro Volta, Leonardo Fibonacci, Enrico Fermi, Rita Levi Montalcini, and Guglielmo Marconi. Without the impact of these Italians, we wouldn’t have many of the scientific advancements that make our lives today possible, including radio, TV, internet, electricity, batteries, and more. Without Italian explorers and scientists such as these, the world as we know it today would be very different.

It is easy to see why Italians have such a passion for their culture and the impact that their country’s legacy has had on the world. Having made so many advancements in art, history, architecture, and science, the Italians know the power of their people and celebrate their culture every day. With their long history, impactful mark on the world, and deep appreciation and love for their identity, Italians are rightly excited to share their culture with others and spread the love of Italy.