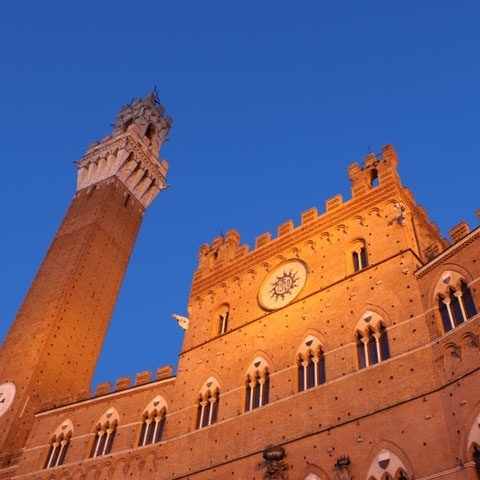 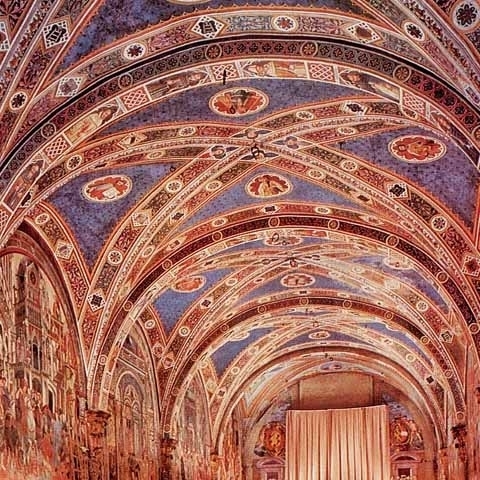 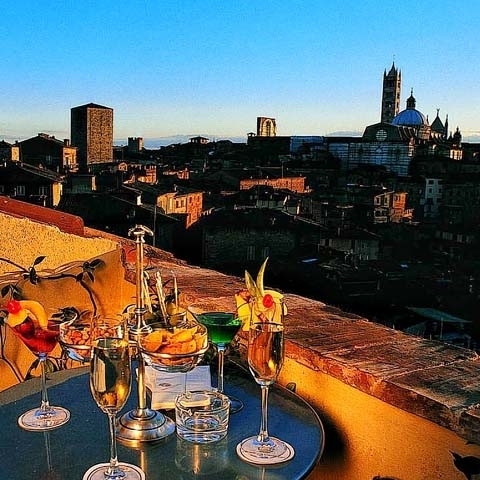 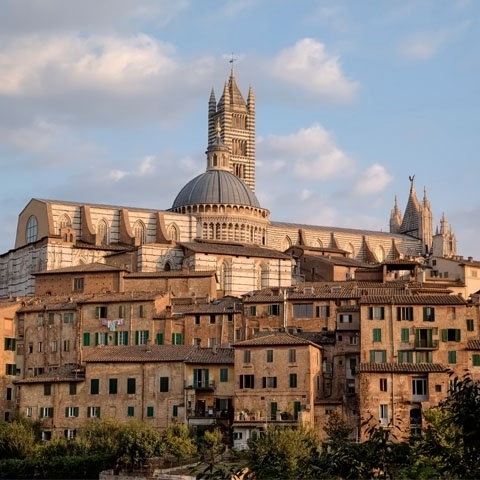 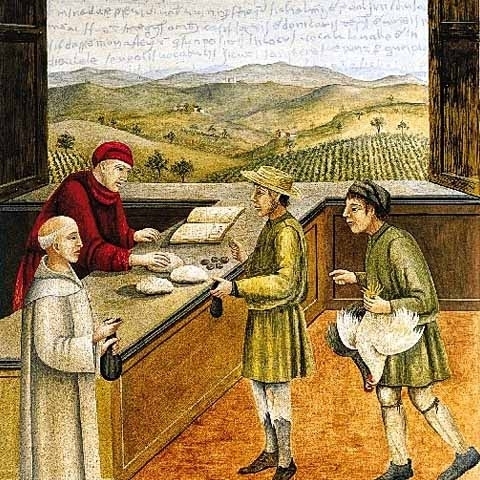 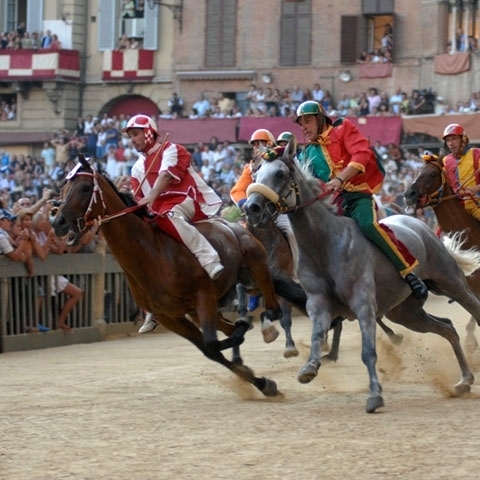 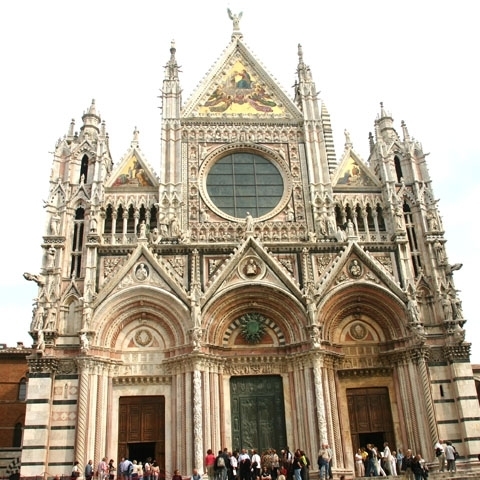 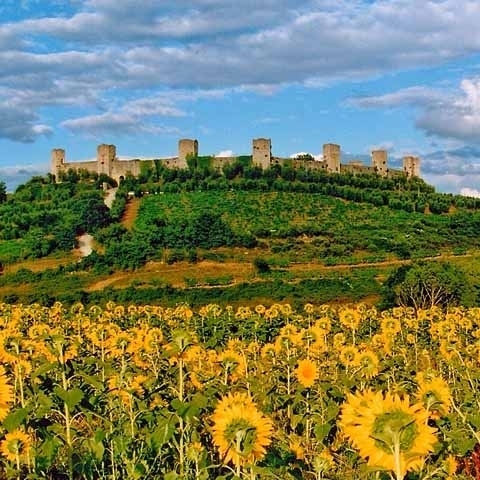 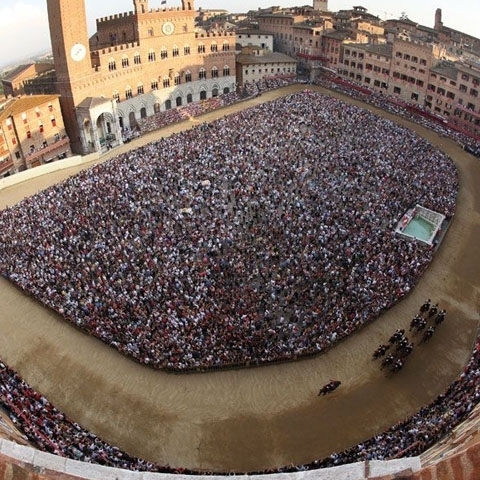 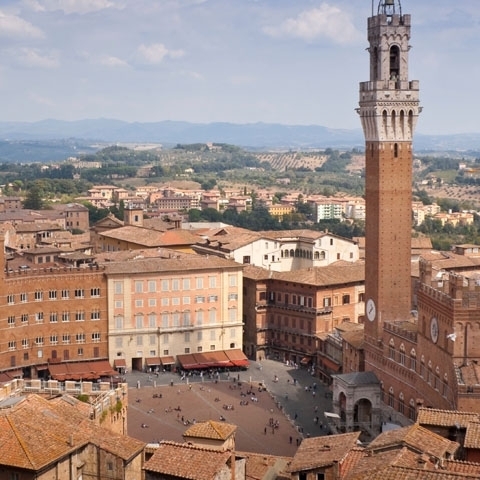 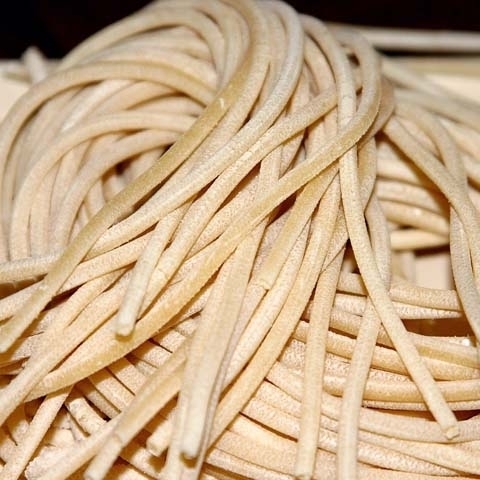 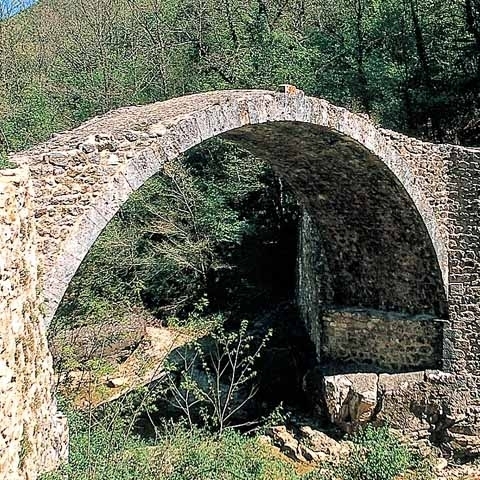 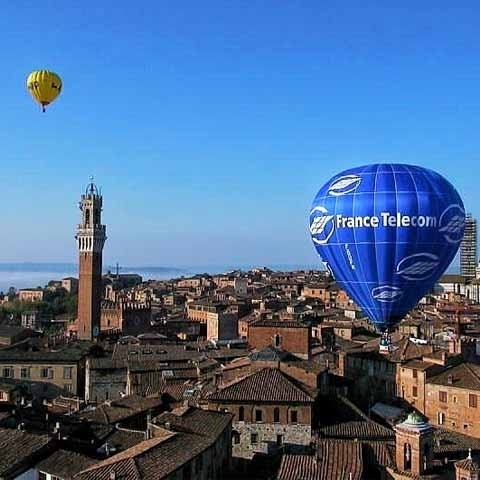 An awe-inspiring journey into the past and a harmonious blending of urban and country lifestyles, Siena is one of the most beautiful cities in Toscana. A magnificent ensemble of medieval palaces, cathedrals and towers and a soaring skyline dominated by the needle of the Torre di Mangia, he city's pride, Siena's bustling city sits only four streets away from the quiet of rolling hills, olive groves and country orchards of the sun-drenched valley.

Built on three hills surrounded by well-preserved walls, the city is filled with fine examples of Gothic architecture and ancient buildings cast in warm, brown Siena-colored brick.  A visit to Siena is like journeying backwards through time, walking through the winding alleyways surrounding the unique and world famous Piazza del Campo (the shell-shaped area with scalloped edges that is the heart of the city,) or climbing the steep steps to view treasures of art, everything seems to have remained much as it was in medieval times, when the city enjoyed its greatest artistic and civil splendor.

It is here that the fabulous Palio occurs in the summer of each year.  A tradition since medieval times, this popular horse race set into a medieval atmosphere of ancient tournaments lives on!  Held in the Piazza del Campo every year, the event is preceded by a historic cortege and procession in costume with all the symbolism of ancient tournaments. Though the race itself lasts little more than a minute, there is no lack of enthusiasm or excitement for the festivities surrounding the event. The configuration of the magnificent Piazza del Campo with its unusual shell-like shape uniting the different levels formed by the three hills on which the city was founded, adds to the feeling of antiquity.

Siena, the medieval city of hidden alleyways, winding paths, splendor and beauty is truly a journey into antiquity.