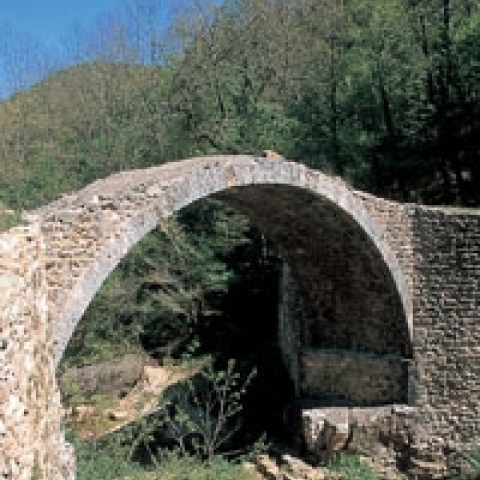 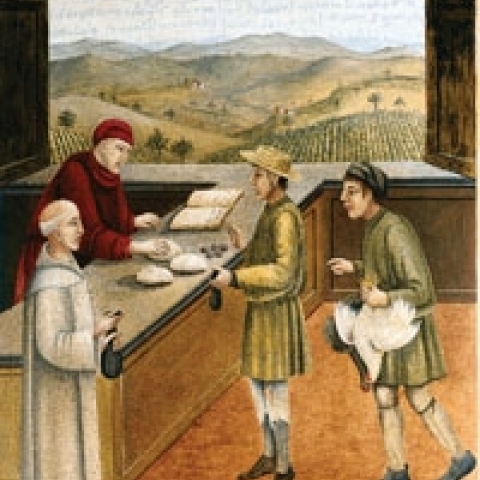 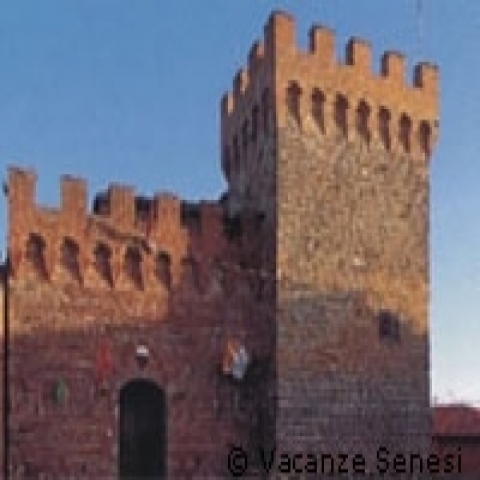 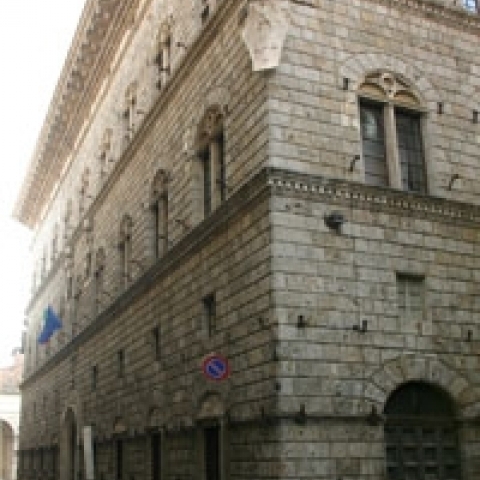 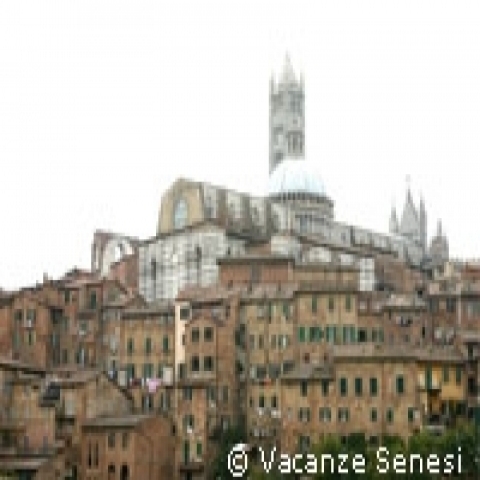 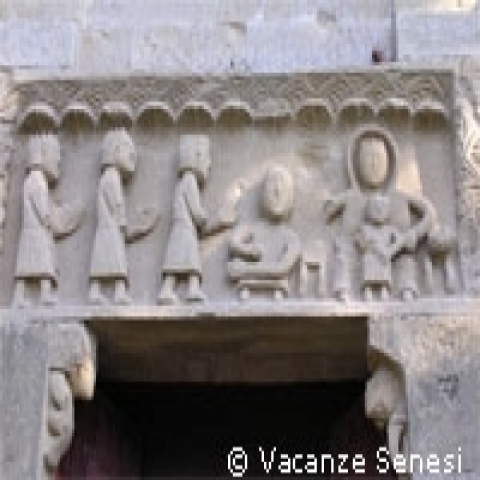 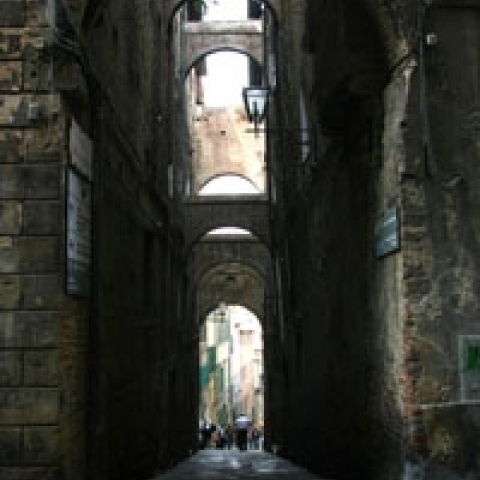 Originally an Etruscan settlement that later became the Roman city of Sena Julia, the Siena that later developed and flourished in the 12th century under the Lombard kings, became a self-governing commune.  Economic rivalry and territorial conflict with neighboring Firenze, which was Guelf, made Siena the center of pro-imperial Ghibellinism in Toscana. The Sienese reached the peak of political success in 1260 when their army crushed the Florentine at the battle of Montaperti.

Siena became an important banking center in the 13th century but was unable to compete with its rival, Firenze. The imperial cause declined, and the popes imposed economic sanctions against Siena's Ghibelline merchants. Soon after, Siena itself turned Guelf, and the Ghibelline nobility lost its share of power.

Devastated by outbreaks of the Black Death, which began in 1348, Siena suffered from wars and famines and economic decline that afflicted Italy in the early 14th century. Unstable regime followed unstable regime.  In one disastrous year the ci's constitution was changed four times in an attempt to accommodate its contending power groups and government structures reformed ten times.

This was a period of relentless and senseless warfare profiting no one. It was a period in which the determination of the Florentines to conquer Siena became increasingly obvious, driving the Sienese to surrender their city to Giangaleazzo Visconti of Milano in their equal determination to survive. Viscon's rule of the city lasted until 1404, when a more positive solution was the development of the system of government by a balia that became permanent magistracy and effectively replaced the traditional communal councils.

During this period, Siena created a system, monti or ordini, as an attempt to establish a peaceful sense of civic order.  Each member of the ruling elite of Siena was a member of one of the city's five "monti" and each monte competed with the others for a monopoly of power in Siena. Though attempts were made to create cooperation between the competitive monti, these efforts were only mildly successful.

Siena became a papal dependency between 1458-63 and until 1487 when exiled aristocrat Pandolfo Petrucci seized power and ruled with brutal tyranny through a period of French and Spanish invasions until his death in 1512.  This "signoria of the Petrucci" was the most successful power-sharing exercise of the period, in which the Petrucci acted as chairmen of the various coalitions that governed Siena.

As the economic decline of Siena accelerated and with the city in constant political and civic turmoil, the position of the ruling elite weakened, creating a situation from which the French hoped to profit. Charles V responded to this potential by taking an interest in the city. Spanish influence in Siena increased and soon after 1530 a garrison of Spanish troops appeared to win over the loyalty of the city. In response, Charles V decreed a fortress be built in Siena, forcing the Sienese into open rebellion in 1552, driving the Spanish from the city.

Siena attempted to maintain its independence for the next three years with sporadic help from the French in an heroic struggle against the combined forces of Spain and Cosimo I de Medici.  But in 1555 Siena was forced to surrender, although fighting continued in the Sienese contado for another four years.

Siena was governed by the Spanish until 1557 when it was sold to Cosimo I de Medici, whose possession of the city was confirmed by the Peace of Cateau-Chambresis.  The history of Siena followed that of the Grand Duchy of Toscana.

In 1861 Siena, along with the rest of Toscana, was absorbed into the new Kingdom of Italy.