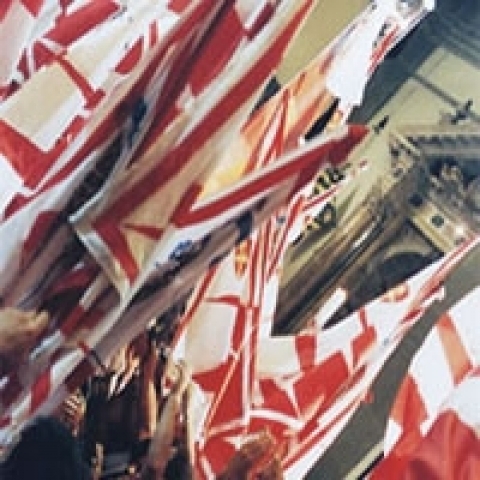 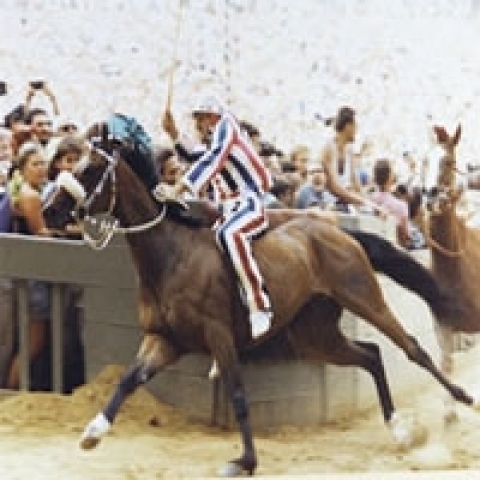 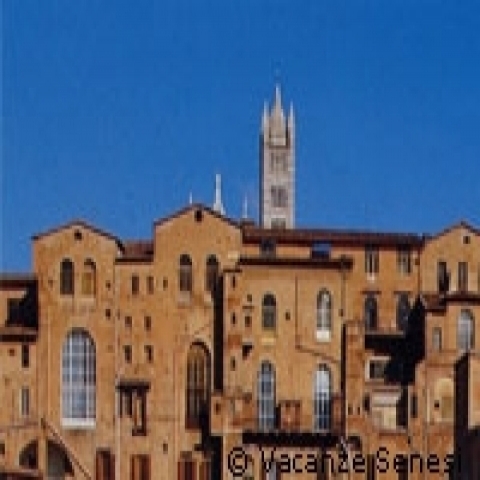 Siena is proud of its past. It offers an image of Toscana different from that of Firenze, its medieval rival, though it is as impenetrable in its culture, exacting in its art and as festive in its life attitude as Firenze is forthright, precise and serious.  Where Firenze produced hard-nosed mystics like Savonarola, Siena produced saintly scholars like St. Catherine (1347-80) and St. Bernardino (1380-1444).

For more than 400 years, 12th century Siena was in serious contention with Firenze in every aspect of life. Economically its bankers, textile magnates, and wool traders competed aggressively and the cities were polar opposites politically with Siena supporting the Ghibelline, Firenze the Guelf.  In 1270 Sienese merchants established the Council of Nine, an oligarchy that ruled over Siena's greatest republican era when civic projects, the middle class economy, palace building, and a distinctive Sienese art style was established by artists like Duccio, Simone Martini and the Lorenzetti brothers.

In 1348 the Black Death hit the city in a fury, killing more than three quarters of the population, decimating the social fabric, and devastating the economy. The Council of Nine soldiered on, but Charles IV attacked Siena from 1355 to 1369, and though Siena again trounced Firenze in 1526, the Spanish took control in 1530 and later handed Siena over to Ducal Firenze.  In an effort to suppress the Sienese once and for all, Cosimo I sent the brutal Marquis of Marignano, who besieged the city for a year and a half, destroying its fields and burning its buildings, doing more damage than even the Black Death, only 8,000 of a population of 40,000 survived.  Determined to keep the Sienese Republic alive, 2000 fiercely independent Sienese escaped to Montalcino where they kept the name alive until Montalcino became overwhelmed by Firenze, leaving Siena merely another part of Grand Ducal Toscana.

For centuries, defending its liberty was Siena's foremost activity, with little time or energy left to develop as a city.  As a result, it has retained a distinctively medieval air and offers visitors a real-world view into the tempo and ambiance of the Tuscan Middle Ages.