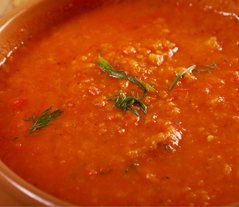 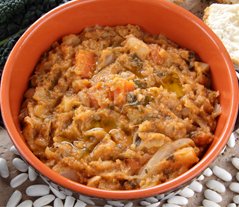 Whether it’s stone soup, chicken noodle, seven layer, or another, soup is a delicious dish that has been around since the beginning of time. When large amounts of food were limited in times past, it only seemed logical that you would mix everything together to make the leftover food extend further to feed more mouths. It has been done throughout the centuries with both rich and poor families, and it is still being done today. In Tuscany, some of the most delicious meals are in the form of soups. The most common ones include Panzanella, Ribollita, and Pappa al Pomodoro.

Ribollita traces its origins back to the richest of Italian cultures. This soup, literally translating to re-boil, is made with huge slices of meat, carrots, thyme, celery, and cabbage. Huge pots were made so that this delicacy could be enjoyed for days on end. Each time a hungry family member would want more soup they would simply re-boil the remains and indulge in another bowl. When the soup was re-boiled it would become thicker and tastier than the time before. This delicacy was served on huge slices of bread to help soak up the savory juices so none went to waste. 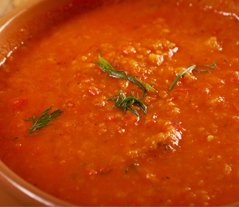 Papa al Pomodoro is much like the Ribollita. It is a hot dish used to warm a belly in the cold months of winter. It is perfectly seasoned with simple ingredients such as olive oil, onion, and tomato sauce, also being served over dry Tuscan bread. Panzanella is a colder dish used in the hot months of summer. Fresh crisp ingredients such as celery and fresh onion are used to flavor the soup. A hint of fish or caper is typically added to give the soup more flavor. The locals allow this dish to refrigerate for some time before enjoying this delicious summer meal.