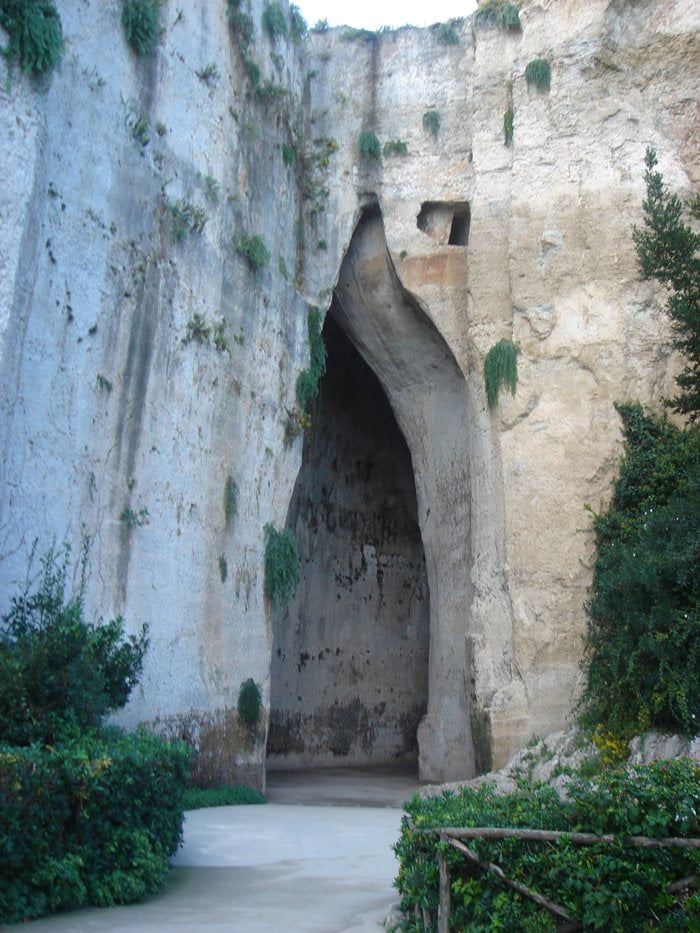 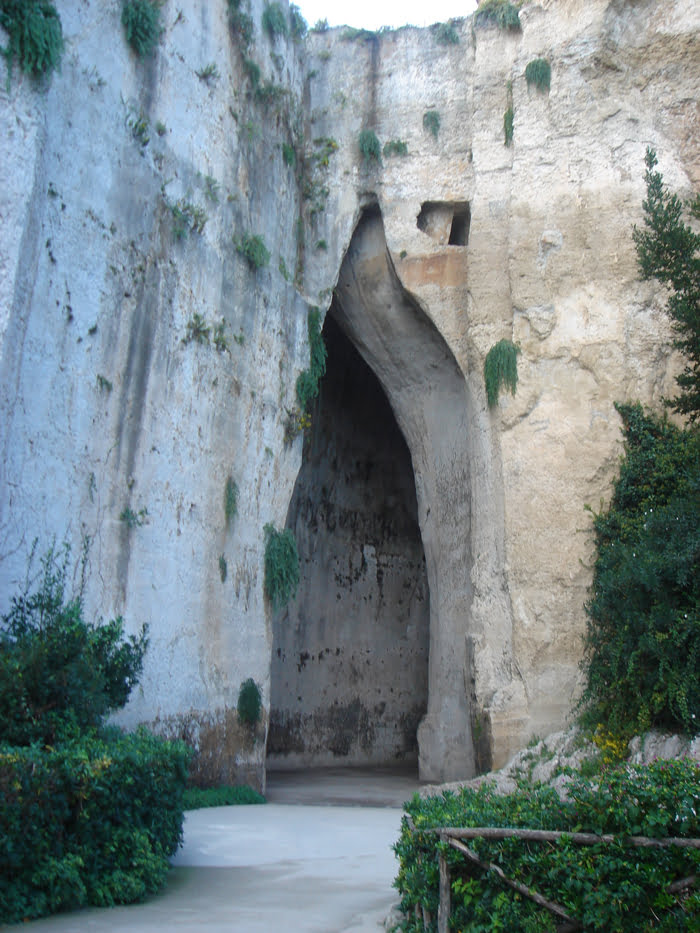 The Ear of Dionysus is a unique cave carved out of the Temenites hill in the city of Syracuse, in the region of Sicily. Geologists believe that the original purpose of the cave was to provide water storage for Syracuse during Roman times.  The cave strongly resembles the shape of a human ear and somewhat works like one too.  The Ear of Dionysus takes the form of an S with a high, tapered ceiling. As a result, there are exceptional acoustics present in the cave capable of amplifying even the smallest of sounds.

It is widely believed that the source of the cave’s name is none other than the famed Baroque painter Caravaggio. The artist is known for his dramatic use of light and shadow that renders his paintings immediately distinguishable as observed in works such as Medusa and Bacchus, both of which are located in Florence.  In 1586, Caravaggio visited the cave while in Syracuse and recalled the legend of a tyrant of Syracuse known as Dionysius I.  Caravaggio imagined that the ruler would have used the cave to hold political prisoners captive and possibly torture them as well.  Dionysus I was quite aware of the special properties of the cave, and did not pick this cave to hold his prisoners by chance. In order to take advantage of the cave’s incredible acoustics, the tyrant created a ledge at the very top where the amplified sound converged in order to spy on his prisoners and overhear the plans of his enemies.

Caravaggio was known by many of his time to be a rather extravagant story-teller so it is up to the reader to decide whether to believe the legend behind the cave’s name or not. Regardless, The Ear of Dionysus is an awe-inspiring wonder worth visiting should you find yourself in Syracuse.

Sicily Caravaggio Dionysus Geek Mythology but is not a painting was last modified: October 21st, 2020 by Trips 2 Italy