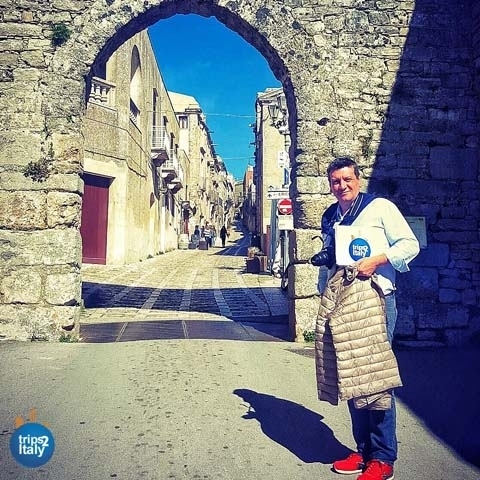 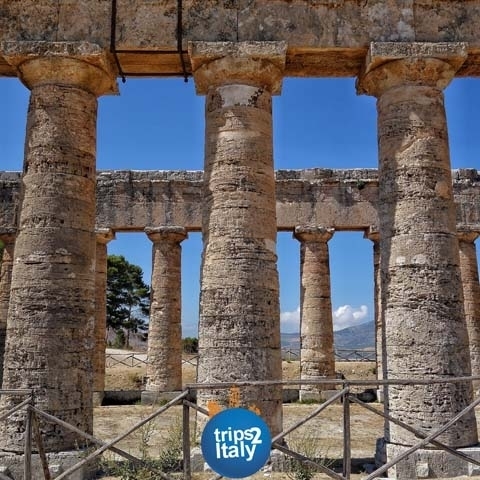 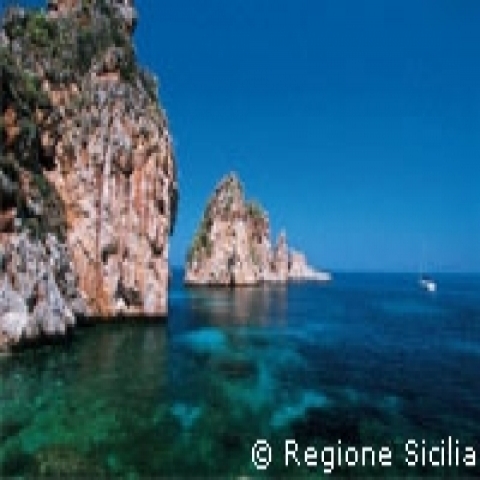 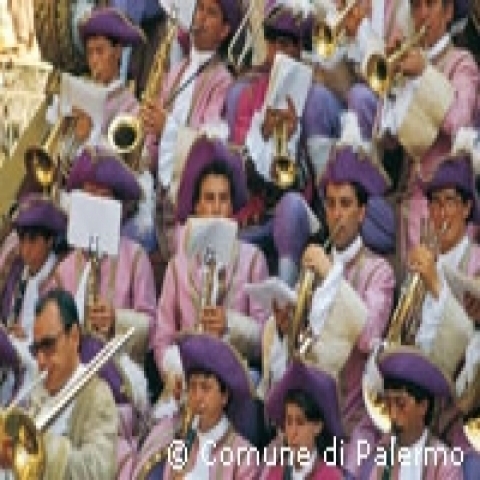 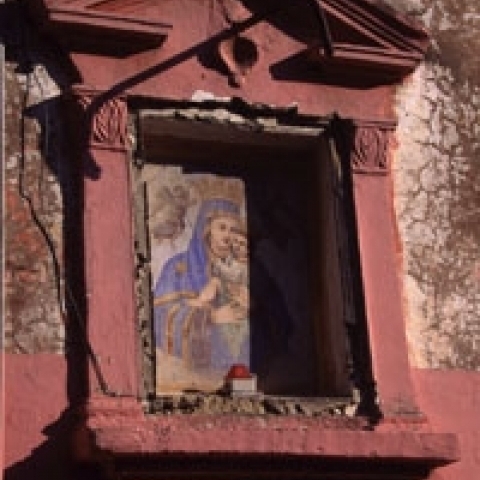 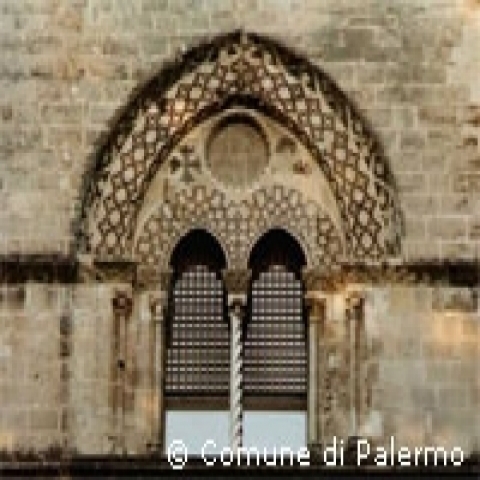 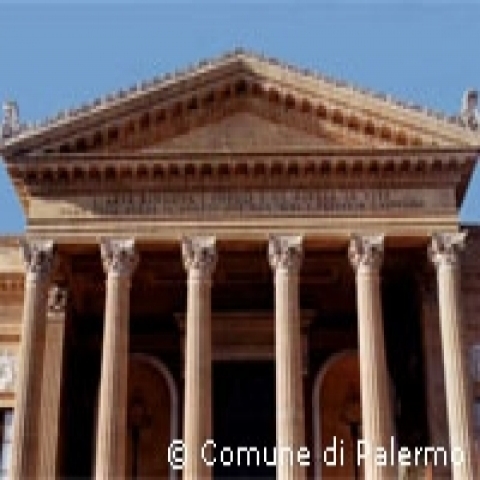 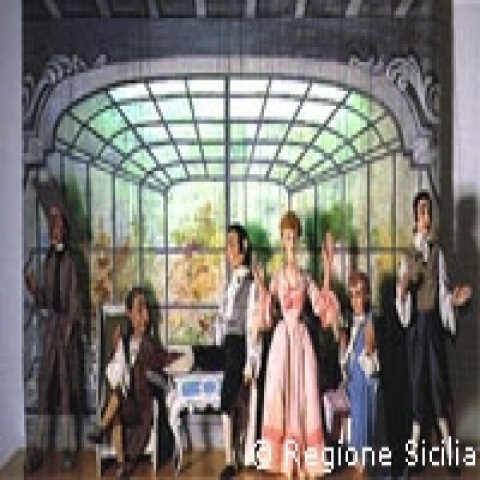 Palermo Things to Do

Palermo has much to offer: perhaps best of all is simply walking and drinking in the bustle of these's activities, markets, and of its restaurants during the afternoon break.

If there is one street that is the artery of Palermo, it is the Corso that runs from the port and heads south into the heart of it all. This is the main street in Palermo, which lies on the Phoenician road that connected the ancient city and the seaside. The locals call it "Cassaro" from the Arab "al Qasar" or castle, to which the road led. In the Middle Ages it was the most important artery in the city, but in the 1500s it became an elegant street. In that period the street was extended to the sea, and two city gates were built: Porta Felice to the north and Porta Nuova to the south, next to Palazzo dei Normanni (called Via Toledo during the Spanish period).

Beginning at the port and heading south along Corso toward La Cuba, you pass more than eight significant churches, numerous piazza, villas, and palaces. Some of the most interesting monuments are the majestic Cathedral; the Treasury of the Cathedral which preserves numerous works of art from the 1800s; the Palatina Chapel, characterized by the gold artifacts and the mosaics representing scenes from the bible; the Catacombs of the Capuchins, and the Regional Archaeological Museum.

Throughout Italy the friars had a fascination for bones, skulls, and the preservation of the deceased body. But in Palermo at the Convent of the Cappuccini from the 16th century on, the friars were quickly becoming proficient at the art of mummification. Excelling in this task, they produced more than 8000 encased children and adults, dressed and propped up throughout their catacombs. They are divided according to gender, profession, and social standing, wearing their best clothes, some of which are moth-eaten.

the cathedral of palermo

Built in 1179-85, the Cathedral is dedicated to Our Lady of the Assumption. Unfortunately, very little of the original structure remains because of frequent rebuilding and alterations. The Cathedral was originally designed as a Byzantine structure but was later renovated as a Mosque to provide a place of worship for the Islamic influence on this island.

Later, with Christian influence and construction that spanned hundreds of years, the cathedral took shape as an enormously impressive and intriguing structure. The Gothic facade (which took more than 200 years to complete) is spectacular. Alterations carried out in the 18th century gave the interior a Neo-Classical look.

Because of its Arab architecture, this church is one of the most important monuments in Palermo.

the temple of segesta

This unfinished 5th-century Doric temple has everything but a roof and an interior, and the huge structure seems unaffected by time. A small theater atop a nearby hill offers visitors a stunning view of green hills and the blue hues of the sea below.

Founded in 1132 by Roger II, the Cappella Palatina with its splendid mosaics is a jewel of Arab-Norman art. The basilica has two-side aisles and three apses, and granite columns divide the nave. The walls are decorated with biblical scenes. The overall harmony of the design, and the perfection of the details, makes this a unique monument.

The Palazzina Cinese was the first example of eclectic architecture in Palermo, a combination of Chinese decorative motifs and Gothic, Egyptian, and Arab elements. Overall, it is an extravagant work, exemplified by details such as the repetition of bells in the shape of a pagoda on the fence, the cornices, and the roof. The interior is equally flamboyant: Neo-classical stuccoes and paintings are combined with 18th century chinoiserie, scenes of Chinese life, and Pompeiian painting.

William II ordered this magnificent Norman palace to be built in 1180. It stood in a large pond and served as a pavilion in which to spend the hot afternoons.

Named for Abraham Lincoln, this street is located in the old quarter of Palermo, where you'll find the Orto Botanico (botanical garden) and Villa Giulia, a city park.

Step back in time when you discover this lively market in Palermo. It has the same atmosphere, smells, and colors that the Arab merchants were familiar with during the 10th century.

This grand square features a splendid fountain, erected during the heyday of the Spanish Inquisition. It features sixteen statues of nymphs, humans, mermaids, and satyrs.

Erected on Punic and Roman ruins and looming large in the city is the Palazzo Reale. Today it serves primarily as the Parliament of Sicily, but there are public viewing areas of sumptuous regal splendor, gilt, rich mosaic, and treasures.

Since the time of the Romans, this area has been the military, political, and administrative heart of Sicily, and the religious prestige was added in the 12th century when the Cathedral was built nearby. In the 17th and 18th centuries, the square was the venue for public festivities. It became a public garden in the early 20th century, surrounded by important monuments such as Porta Nuova, Palazzo Sclafani, and Palazzo Arcivescovile.

This square is one of the largest in Palermo. It lies on what was once the southern side of the natural harbor. It was used for knights' tournaments, theater performances, markets, and public executions. On the occasion of royal weddings, such as the marriage of Charles II and Marie Louise in 1679, impressive shows were put on in specially built wooden theaters.

the church of carmine

One of the most interesting monuments in Palermo is this old church known for its rich decorative front and a marble Madonna made by Gagini (1478-1536).

Housed in a 17th-century monastery, the museum holds treasures from excavations across the island. The entrance leads to a small cloister with a fountain bearing a statue of Triton. On display on the first floor are Punic inscriptions and objects, as well as terracotta and bronze sculpture, including a 3rd-century BC ram's head. On the second floor is the Sala dei Mosaici, with mosaics and frescoes from digs at Palermo, Solunto, and Marsala. The large cloister houses Roman statues, slabs, and tombstones. At the end of the cloister are three rooms with the marvelous pieces taken from the temples at Selinunte.

Recently reopened after being closed for years, the Teatro Massimo has become one of the symbols of the rebirth of Palermo. It was designed in 1864 by Giovanni Battista Filippo Basile and finished in 1897. It is one of the largest opera houses in Europe, boasting five rows of boxes, a lavishly decorated gallery, and a ceiling frescoed by Ettore Maria Bergler and Rocco Lentini. The entrance, with its Corinthian columns is also monumental in style.

This historic theater is in the heart of modern day Palermo and for years, until the re-opening of the Teatro Massimo, the Politeama was the center of Palermo's cultural life, playing host to the opera and theater seasons. Built in 1867-1874, the neo-classical building's facade is a triumphal arch whose attic level is decorated with sculpture crowned by a chariot.

This museum boasts one of the world's main collections of puppets, marionettes, and shadow puppets. The museum also organizes the annual Festival di Morgana, which usually takes place in October and features puppet operas from around the world, all of which are performed in Italian.

The traditional center of Palermo is called Quattro Canti (Four Corners) and is located at the intersection of Corso Vittorio Emanuele and Via Maqueda, making it the heart of this city's old historic district. Quattro Canti is Palermo's most fashionable square and dates from 1600 when the city was divided into four parts. The piazza is rounded, shaped by the concave facades of the four corner buildings (hence its name) with superimposed architectural orders. Each facade is decorated with a fountain and statues of patron saints, of the seasons, and of the Spanish kings.

Monreale, a locally famous village on top of a mountain overlooking Palermo, has great views of the city and the sea. The town and church is known for its mosaics and the making of mosaic. Here you can tour the Cathedral of Monreale, a pinnacle of achievement of Arab-Norman art. Founded in 1172 by William II, the cathedral is famous for its remarkable interior with the magnificent gold mosaics representing episodes from the Old Testament. The cloister has pointed Arab arches with geometric motifs and scenes from the bible are sculpted on the capitals of the 228 white marble twin towers.

Mondello, a former fishing village, lies a short distance from the center of town, and is a favorite with the Palermitans. Mondello's golden age was at the turn of the 19th century when a kind of garden city was founded. and well-to-do Palermitans had Art Nouveau villas built here.