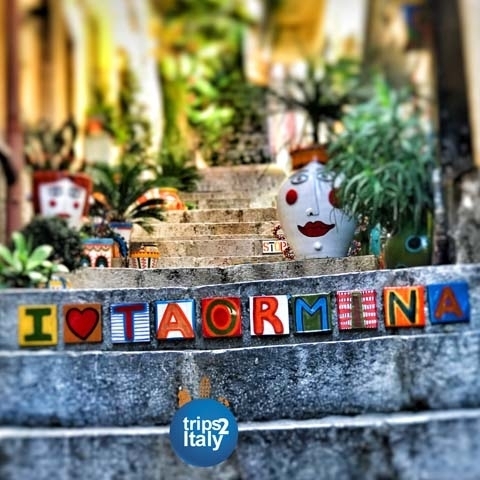 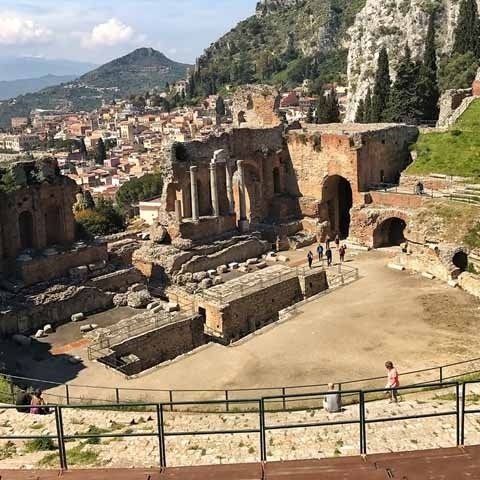 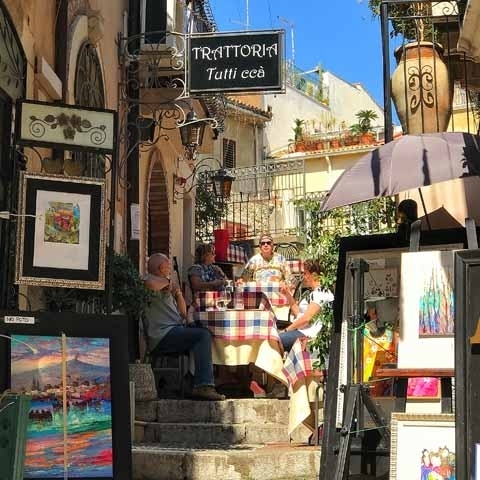 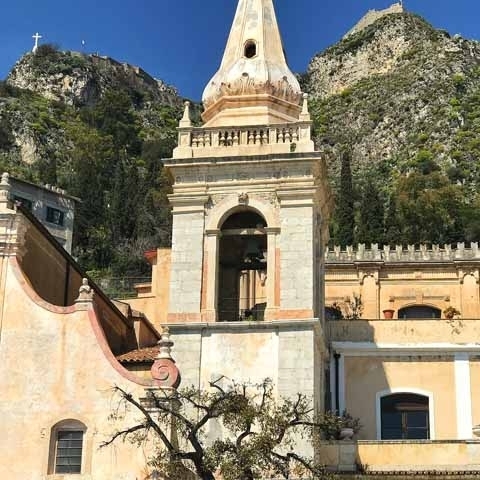 If  you are looking for a long glimpse of Sicily's beauty and history from many angles in a single place, Taormina is a good choice. Taormina's beauty is uncontested. Some cities are known for their art treasures, others for their natural beauties, only a few, like Taormina, own both.

Visitors come for a breathtaking glimpse of a vista that sweeps from boiling Etna to the straits of Messina.  The spectacle of Mount Etna's nocturnal fires as lava flows along the snow-covered slopes of Europea's greatest natural wonder, leaving a stream of steam and light in its wake. Within its eternal stone walls, old Taormina has fascinating archeological monuments and medieval homes like Palazzo Santo Stefano. Magnificent views of the sea complete the picture. The most famous is the view overlooking the Greco-Roman amphitheater, one of Sicily's largest, with Mount Etna and the sea in the background.

The city is located on a plateau below Mount Tauro, for which it is named, where there are the ruins of two medieval fortresses.

Taormina has endlessly winding medieval streets and tiny passages, each with its own secrets, great restaurants, cafes, and ice cream bars. Some of these intriguing places are secluded gardens hidden by stone walls; others are set on terraces overlooking the coast or in more public but equally pleasant squares.

Taormina is beautiful by day but in the evenings its atmosphere is simply enchanting, whether you stroll the illuminated streets or indulge in the view of the coast over a delicious dinner. The climate is mild even in the winter, but the town is especially delightful in the spring when the air is filled with the scent of orange and lemon blossoms, the gardens are in bloom, and Mount Etna is still snow-capped.

Taormina's ancient Greek splendor, medieval charm, and unique views of Mount Etna and the Ionian coast will leave you with a lasting impression of Sicily.