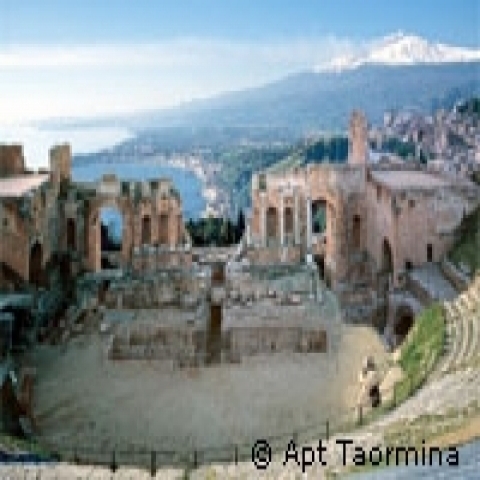 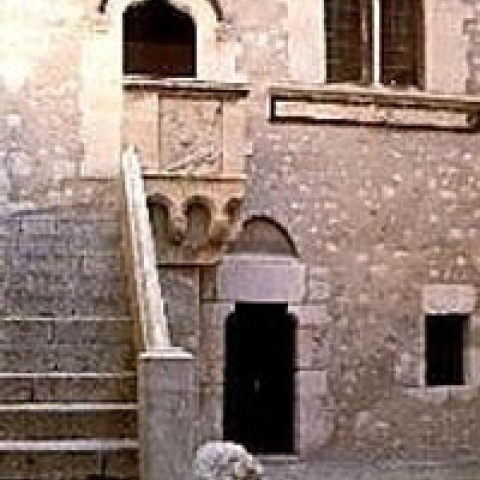 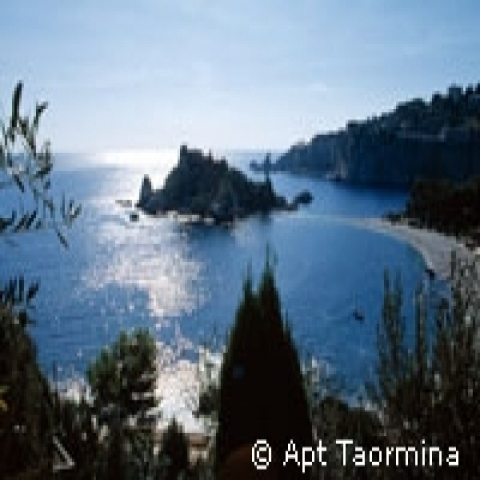 The first Greek colony in Italy was established in the Bay of Naxos. Taormina was settled by the people of nearby Naxos, an older Greek settlement, around 395 BC. It was built on the remains of a Siculian city. The previous residents had fled the tyranny of Dionysius the Elder, who eventually conquered Taormina anyway, in 392 BC. The city was named Tauromenion in 358 BC, and figured prominently in the regional politics of the next two centuries. The town became a typical Greek colony, through the building of the agora, of the acropolis on Mount Tauro, of the Bouleuterion, that was the seat of the town council and of the Theatre.

The Greeks eventually colonized the whole island, leaving some of the most beautiful and best-preserved temples they ever built at Agrigento, Selinunte, and Segesta. Around those glorious sites they planted Sicily's first olive trees and grape vines.

The city supported Pyrrhus, King of Epirus, against Syracuse in 278 BC. It was from Taormina that he conducted his Sicilian campaign, with the aid of some ten thousand troops. Yet, Taormina was one of the first Sicilian cities to support Rome during the Punic Wars. Eunus took the city during the slave revolt, and when the Romans finally occupied the city, they massacred thousands of slaves.

the roman and byzantine period

When the Romans arrived, they renovated many of the countless architectural finds left here by the Greeks. Taormina flourished in the time of Julius Caesar, only to suffer under Octavian, who retaliated against the city for its support of Pompey by expelling most of its inhabitants and offering their homes to Roman soldiers. Those Roman soldiers found prosperity in Taormina.

The following Byzantine domination brought a glorious time to the town. In fact, after the fall of Constantinople, the town Syracuse became less important, so Taormina became the new capital city of Eastern Sicily and the seat of the archbishopric, too.

The Arabs, who had been present on the island from the 9th -11th centuries, also occupied Taormina. The Arabs were displaced by the Normans, who restored the Christian religion and built many monasteries. Taormina also took part in the rebellion of the Sicilian Vespers and protected the Aragonese. In 1410, the city became the seat of the Sicilian Parliament. Taormina remained loyal to the Spaniards even though they sold the city more than once. The city was under French occupation in 1675 before being occupied once again by Spain under Phillip V.

The Bourbons ruled the city briefly in 1734 until 1861 when Italy was united.