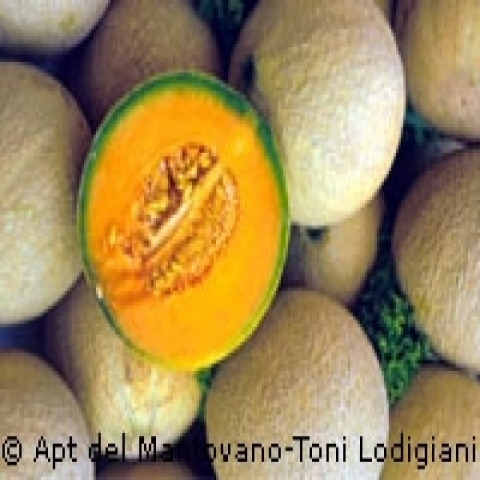 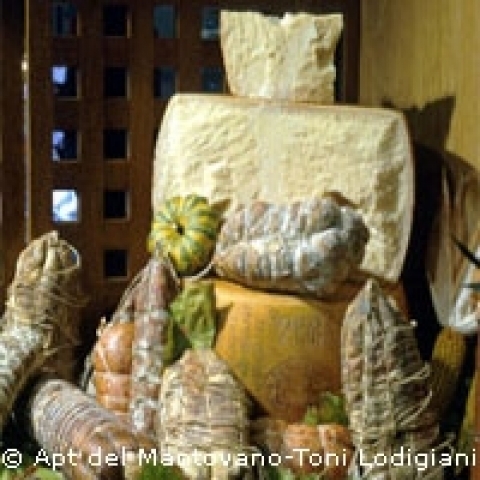 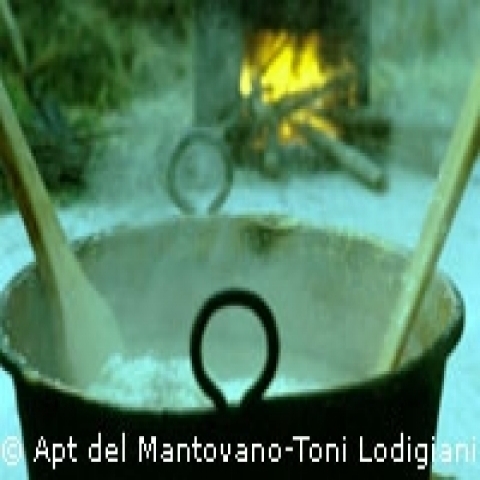 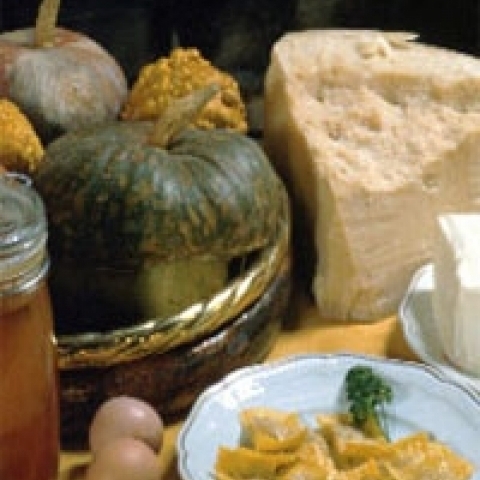 The cuisine of Mantua isdifferent from the one of the majority of Lombardy due to its long independence from Milan, courtesy of the Venetians, Gonzagas and Austrians, and to its proximity to Emilia Romagna to the south. The most peculiar native dish it is probably the long-popular (at least among locals) stracotto di asino, a stew of donkey. Mantuans interestingly add the light Lambrusco wine to broths and soups. Also, uniquely, many types of condiments are used, and the typical zucca (pumpkin) can add a sweetness to many dishes, especially when the weather turns crisp.

Stuffed pastas are common first dishes. The current pride of Mantuan cooking might be the tortelli di zucca, ravioli with pumpkin stuffing and topped with melted butter.  Autumn is the season for pumpkin and the much rarer delicacy, white truffles. Other stuffed pastas, the agnolotti are also common. These are typically filled with salami, bacon, chicken livers and cheeses, and cooked in broth. If pasta is served alla mantovana (in the style of Mantua), it will be served with a sauce made with meat, crushed walnuts, cream and white wine. A traditional dish from the area of Mantua is riso all pilota, which takes its name from the men who work the nearby rice fields, piloti. It is rice cooked served with fried pork sausage and flavored with nutmeg, cinnamon and Parmesan cheese. Second courses include fish and other delights from the nearby lakes. These include eels, frogs, crawfish, pike, catfish, pike and bass. Deep-fried frog legs are a traditional "secondo", as is the luccio in salsa, pike served with a sauce of peppers and capers.

In addition to the bounty of the river and the lakes, the excellent staple, Parmigiano-Reggiano is produced near Mantua. Excellent cured meats are produced in and around Mantua, especially the salame and salamelle. This is a main feature of the distinctive, traditional risotto con le salamelle and in the stuffed pastas. Emblematic of the high quality of the cuisine, the area of Mantua boasts the only Michelin three-star restaurant in all of Lombardy, Dal Pescatore in nearby Canneto sull'Oglio. Well worth the 20km drive west of Mantua, it is straightforward regional cuisine at its lightest and most exquisite in a charming antique-filled setting and top-notch service. A reservation is necessary, usually far in advance, and the cost is very expensive, as would be expected, but worth it.

The local wine is Lambrusco like is in nearby Emilia Romagna. Low in alcohol and frizzante (sparkling), it should be consumed within a year of production. The three designations that generally denote quality from best to least offensive are: Lambrusco di Sorbana, Lambrusco di Santa Croce, and the Lambrusco di Castelvetro. These are a fitting complement to the typical Mantuan cooking. There are the DOC Colli Mantovani del Garda wines to the north that produces good whites, reds and a Merlot.