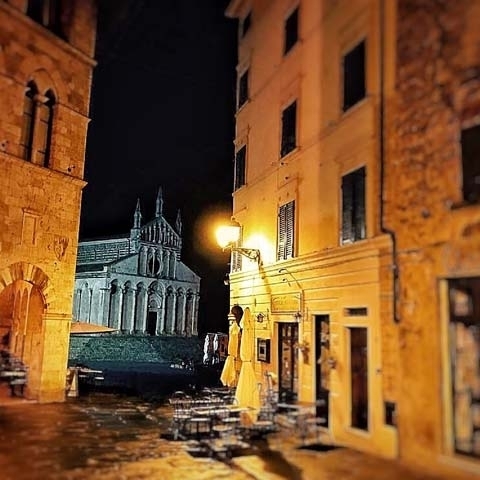 The Maremma is the southern part of Tuscany, featuring a native lifestyle based on respect for the environment, for culture and on maintaining traditions. The Maremma is filled with opportunities for active experience, a magnificent voyage amidst colors, fragrances, history, seasides, hills and mountains.
Maremma, with its quaint towns of Etruscan origin such as Pitigliano, Sorano and Sovana and many other pleasant towns of the coast, is a wide area of southern Tuscany yet to be discovered by many tourists.

Approaching Pitigliano, tourists will be astonished by the size of the impressive Rock of Tufa on which the town itself lies. Try to arrive just before sunset for the best views of the warm and enchanting red light that will make you instantly fall in love with this magical place.
Some miles away from Pitigliano, you can find a small village, called Sovana, which is a sheer jewel of the Etruscan civilization, famous all over the world for its tombs and its characteristic monuments. The village is really unique and preserves its old Etruscan finds like the Ildebranda tomb, one of the most important and unique discoveries of that time.

Sorano, on a rock which falls to the Lente River, is dominated by the imposing medieval Orsini Fortress.  The Medieval old town of Sorano was first established as an Etruscan centre in the middle of the “land of tuff” spreading at the foot of the 14th century Orsini Castle, one of the largest military constructions built in that period. The Orsini Castle features two massive keeps: the “Bastione di San Pietro” facing the West, and “Bastione di San Marco," which are joined together by a circuit of walls with an entrance gate in the middle.
Not too far from Sorano are two rock villages: the necropolis of San Rocco, with tombs carved in the tufa walls, and Vitozza, one of the most important rock villages, with more than 200 caves used as human dwellings since the Middle Ages.

About 15 miles from Pitigliano is Saturnia, which is famous thanks to its sulphurous waters or hot springs with temperatures reaching 37°C, which is almost 100F, gushing out from the subsoil. These waters shape the striking Gorello Falls and the spa, which is famous all over the world.

Maremma’s coastline stretches for 160 km and is one of the most pristine sea areas in Italy. Along the coast, sheer cliffs alternate with sandy beaches provided with bathing establishments and surrounded by lush pine forests.
Follonica’s gulf includes a number of characteristic beaches such as Cala Violina and Cala Martina. Further south, there are more bathing establishments on the beaches of Castiglione della Pescaia and Marina di Grosseto, where tourists can also enjoy water-skiing and underwater fishing, rent sailboats or motor boats and enroll in diving, sailing and motor boating courses. This area leads into Maremma Regional Park which includes the beaches of Principina and Albarese and the mouth of the river Ombrone as far as Talamone’s reef.

On the South, the park is bordered by Mount Argentario with its characteristics bays and creeks. Mount Argentario is considered one of the most important sea areas in Italy for its depths rich in corals and shells. Orbetello lagoon also includes the beaches of Feniglia and Giannella. Giglio and Giannutri islands, another popular attraction, feature indented coasts with rocks overhanging the emerald green sea water.
Maremma’s coastline also features fully equipped tourist moorings at Punta Ala, Talamone, Santo Stefano and Porto Ercole, as well as ancient harbors such as Castiglione della Pescaia and Orbetello.

The Morellino di Scansano, an excellent red wine local to the Maremma area of southern Tuscany, can be considered a cousin of Chianti.
Tommaso's Maremma Travel...