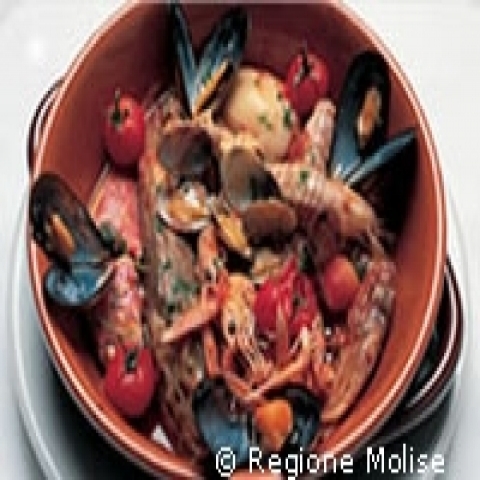 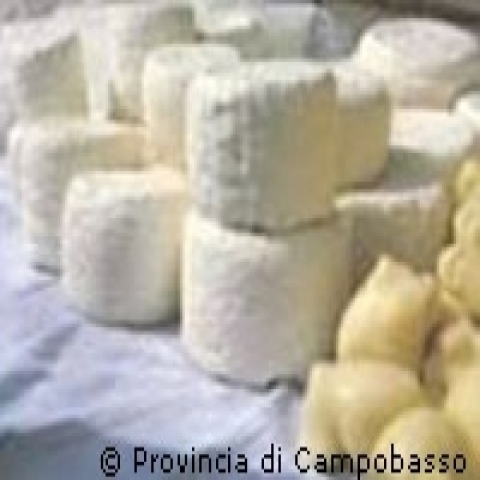 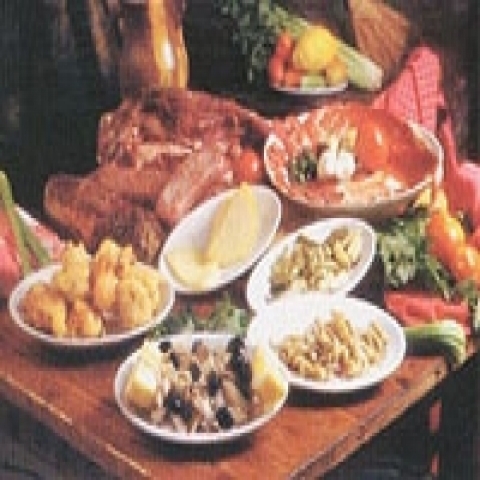 The Molise people are proud of their own identity and they defend the ancient culinary traditions and recipes. The flavors and aromas are strong and lively. The cuisine of these people has its strength in the simplicity of the dishes and in the genuineness of the ingredients. The variety of the meals presented on the table is large and similar to those in  Abruzzo such as the crejoli (a kind of the maccheroni alla chitarra).

The combination of pasta with all types of vegetables leaves space for any number of enrichments and variations: the ciufeli and the tanne de rape (pasta with turnip greens), the taccozzelle e fagioli (pasta with beans) from Carpinone, enriched with finely chopped ham fat and a generous addition of chilli pepper, are some delicious examples. Polenta is present throughout all the territory, generally dressed with rich pork or lamb sauces and in some places enriched by special ingredients.

The macche con il miele is a polenta made from the characteristic corn grown in the mountainous areas. It is dense and cooked at length, then cut into slices with the help of a piece of string. It can be eaten arranged in layers and covered with a pork meat sauce or by slices of pancetta (Italian bacon) or sausages, and then baked in the oven; or it can be eaten simply with vino cotto (cooked wine) or honey.

Lamb and mutton reign among the meat dishes, as well as offering the possibility of some excellent sheep's milk cheeses. In the inland it is still possible to try the ancient recipe of pecora alla brigante, which is a kebab of meat flavored with plenty of aromatic herbs. Try also rabbit meat and kid meat.

One of the vegetarian recipes is large, stuffed sweet peppers, first toasted over charcoals and then filled with a filling of breadcrumbs, anchovies, parsley, basil, salt and chili pepper, all sauteed in the frying pan and then covered with a thick sauce of tomatoes.

As in Abruzzo, an unusual method of preserving fish is used, called scapece: a marinade in small wooden vats preserves the boned fish which is then cut into pieces and fried.

And there are many delicious fish dishes, such as red mullet soup and spaghetti with cuttlefish.

The cheeses produced in Molise are pecorino, ricotta, caciocavallo, and the juncata, a soft and creamy cheese which, in some towns of Molise, it is a devotional food which is eaten in particular on an empty stomach on the morning of Ascension Day and is also offered to family and friends.

Among the sweets, each town has its own specialty with ancient tradition and different influences, that you can enjoy visiting the bakeries and the coffee shops on the way.