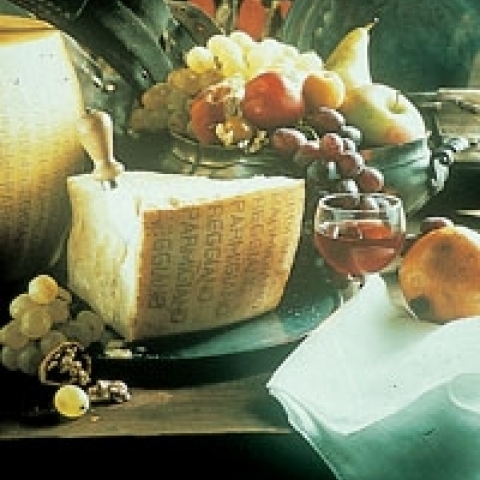 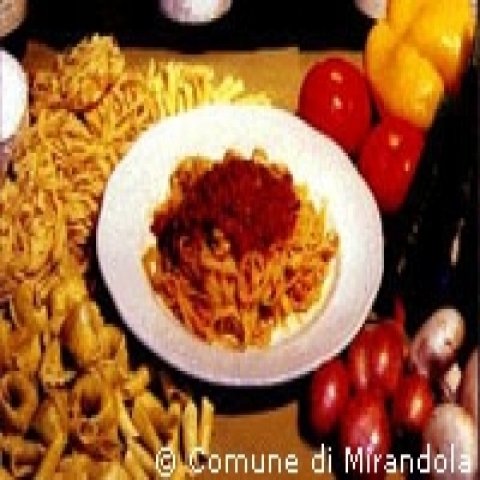 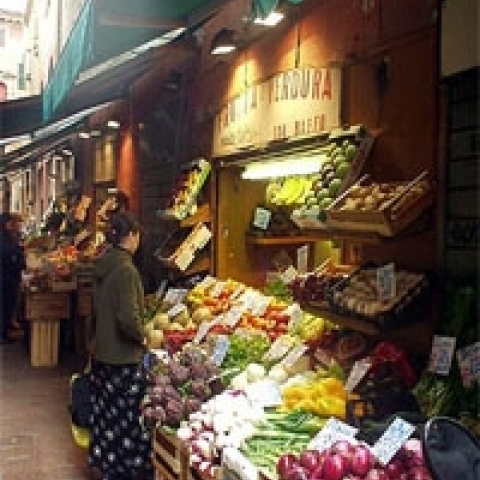 Bologna's cuisine never fails to delight visitors to the city, with its culinary creations that combines the traditional and the modern, while never sacrificing creativity. Bologna's hearty and elaborate cuisine emphasizes velvety sauces, pasta, meat, and cheese. Puff pastry dishes are extremely characteristic of Bolognese cuisine. Other typical dishes include the famous mortadella, tortellini, and pale yellow tagliatelle in ragu' (meat sauce).

Pasta comes in all shapes and sizes in Bologna, with a tradition of sophisticated dishes like tortellini (the shape is said to have been inspired by Venus's navel). This legend is echoed in a poem by Giuseppe Ceri entitled "Venus' Navel" in which the last verse tells of a cross-eyed man from Bologna who was inspired to make tortellini after having seen Venus' navel! Tortellini goes back to the 12th century when turtlein (as it was known in Bolognese dialect) was given to priests during Christmas. Today, tortellini in capon broth is traditionally featured at the Christmas table.

A must taste are the  tagliatelle. It is said that Lucrezia Borgia, the Pope's daughter with long golden hair, inspired the creation of tagliatelle. On the occasion of her wedding to the Duke of Ferrara, a chef named Zafirano created the long, fair strips of golden egg pasta in her honor for the wedding feast. Today, the Academy of Italian Cuisine, based in Bologna, has decreed the precise width and height of the ribbons of dough required to make tagliatelle.

Bologna is also renowned for its large variety of salami and ham, including mortadella. The word originated from the mortar (mortaia) used to grind the pork into a smooth paste. It was then kneaded with whole peppercorns and stuffed into casings. Founded in 1367, the Corporazione dei Salaroli (the sausage maker's guide) dictated the exact rules for making mortadella. Highly prized in the 14th and 15th centuries, mortadella was used for currency.

The Colli Bolognesi district lies southwest of Bologna and producers in this area make nearly 50 different wines, varying according to grape variety and vineyard location.