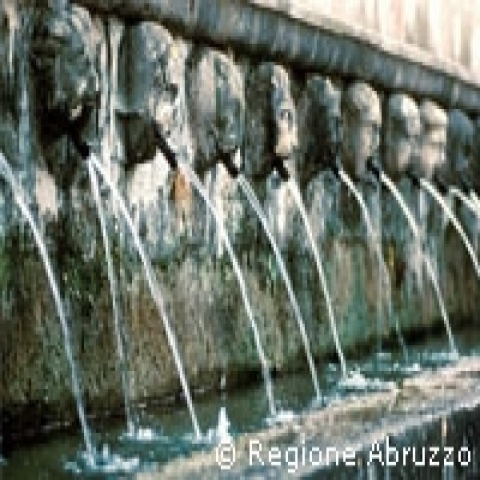 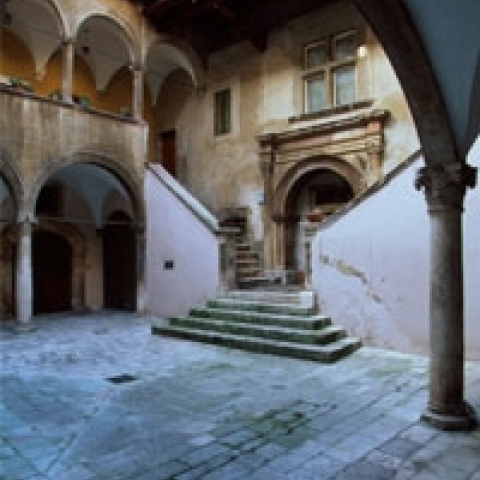 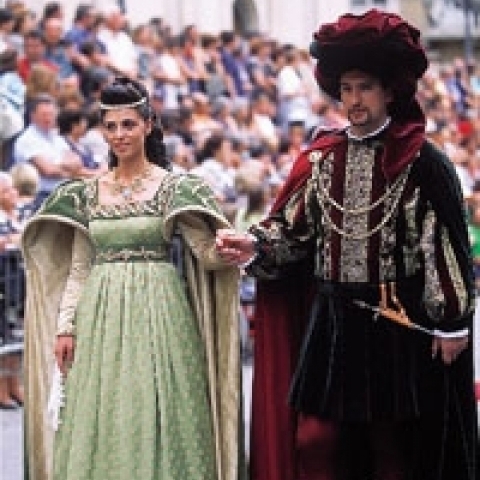 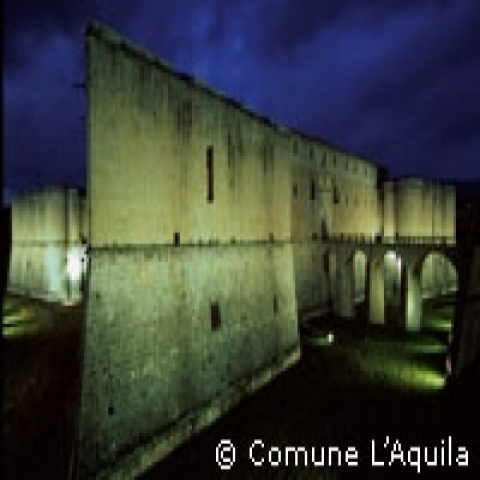 L'Aquila - "the eagle", symbol of empire - was founded by Emperor Frederick II in 1240 as a bulwark against the popes.

L'Aquila is one of the few cities in Italy of any importance not to have ancient precedents: instead, to populate his new town, Frederick relocated the inhabitants of surroundings castles and hamlets, 99 of them in all, according to the tradition, who each built their own church in the new town. But what made l'Aquila's fortune was its loyalty to Queen Giovanna II in 1423, when the city was besieged for over a year by the Aragonese. The queen thanked the city for its steadfastness by granting it privileges that helped it to become, for several centuries, the second most important city in the kingdom of Naples. It was a wool and livestock market town and a producer of silk and saffron. The city attracted Adamo di Rottweil, a student of Gutenberg, who founded a printing press here in 1482, one of the first in Italy.

The city's spirit of independence was suffocated during the fight between the French and the Spanish for the possession of Naples. In order to punish l'Aquila for siding with Francesco I, Carl V of Spain ordered to Filippo d'Orange to besiege and destroy it, and in the 1532  Don Pedro di Toledo  built the Castle "ad reprimendam audaciam Aquilanorum".

In 1647, during the revolt of Masaniello, the city rebelled against the Spanish and for this was condemned to economic and social hard repressions, which caused a slow decline.

In 1703 a frightful earthquake completely destroyed the city, worsening the economic and demographic situation.

The city of L'Aquila participated actively in revolutionary motions to become a region in Italy, and in the 1860 it became the chief town of the region.