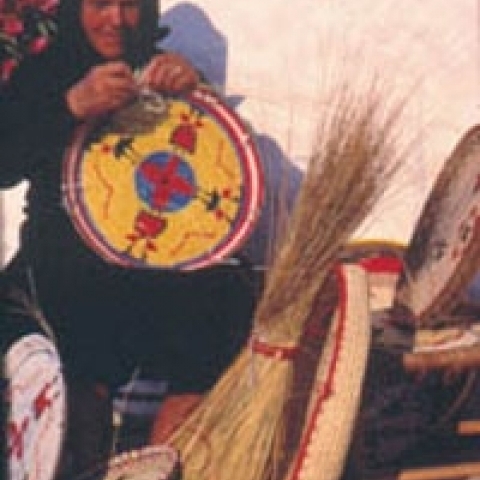 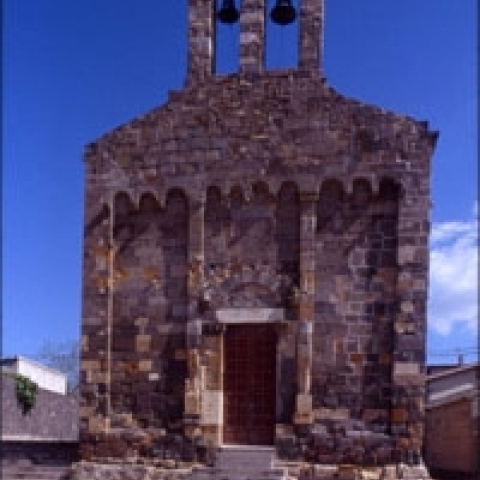 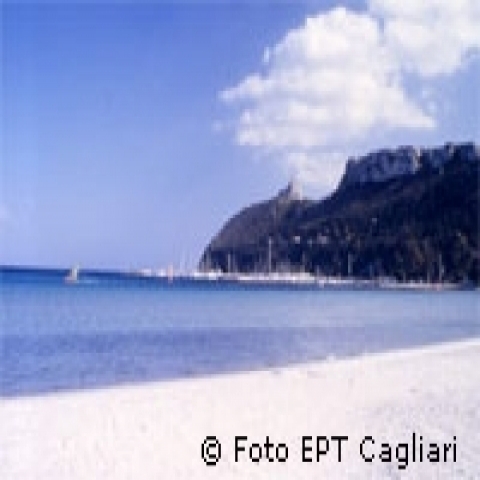 Cagliari maintains a number of traditional festivals, including the Festival of Sant'Efisio (since 1656), the biggest and most colorful religious procession in the world. It's the only religious procession that lasts for four days, the first of May is the main day of this festival. Before 1656, the first of May was the Sardinian "Thanksgiving" when the population thanked God for the spring harvest.

In 1652 Sardegna was afflicted by a plague and half the population of Cagliari died. The people turned to Efisio di Elia, a martyred saint, who had been beheaded in the year 303 in Nora (on the coast of Cagliari) for refusing to deny the Christian faith.

Efisio di Elia, the commanding officer of a garrison of the Roman Emperor Dioclezi's army, was in Sardegna to suppress the Christian communities on the island. However, during a trip he had a vision and changed into an ardent follower of Christ. When he was asked to deny the Christian faith, he refused and was sentenced to death. Imprisoned in Cagliari (where today there is a church dedicated to him) and then moved secretly to the coast of Cagliari in order to prevent the people from protesting against his sentence, he was beheaded by a Roman soldier on the beach of Nora.

After the plague of 1652, the name of Sant' Efisio became inextricably linked with Cagliari and Sardegna. The municipality made a vow to their Saint: if Sant' Efisio rid the city of the plague, then the people would take a statue of Sant'Efisio in a procession from the church in Stampace to the church in Nora every year, in perpetuity.

The plague ended and every year since 1656, on the first of May, Sardinians, wearing their traditional costumes, honor their pledge to take the statue of their Saint in a procession to thank him for ridding Cagliari of the plague.

The horsemen are the most spectacular part of the festival. They follow the people in their traditional costumes. The first horsemen are from the Campidano region and are followed by the militia wearing red jackets. The militia is the armed escort for the statue of the Saint, and in ancient times they protected the procession from the bandit raids which were frequent along the coastline. The procession winds its way along the streets of the old part of Cagliari.

Today, at the front of the procession, there are about 30 wooden wheeled, ox-drawn "traccas", beautifully decorated with produce from the land, utensils, and typical Sardinian foods.

The traccas are followed by different groups of people wearing the traditional costumes of their villages. They walk in procession, saying or singing the traditional prayers that form part of the religious heritage of the island.

At midday sharp, the Saint leaves his church in Stampace inside a 17th-century, gold-plated coach drawn by a pair of oxen. The coach is preceded by the Guardiania, in black top hats and tails. These are a group of brothers from the religious fraternity of Sant' Efisio who escort the statue of the saint along the city streets.

The AlterNos (who represents the mayor) then follows. He is escorted by two mace-bearers (from the municipality of Cagliari) in formal dress and by two lines of brothers and sisters.The music of the launeddas, (traditional Sardinian pipes), precedes the statue.

When the statue of the saint arrives in front of city hall, passing through Via Roma whose paving stones are covered in flowers (called the sa ramadura rite), the saint's coach is greeted by the sirens of the ships in the port and by the cheers of the people.

At that point the festival becomes a countryside festival with the statue of the saint passing through the villages of La Maddalena, Su Loi, Sarroch, Villa San Pietro, Pula, and Nora, and small festivals are held along the route with religious ceremonies and banquets.

On the 4th of May the statue of the saint begins its return journey to Cagliari. Late in the evening, the statue of Saint' Efisio is accompanied by thousands of worshippers carrying torches, back to the church in Stampace.