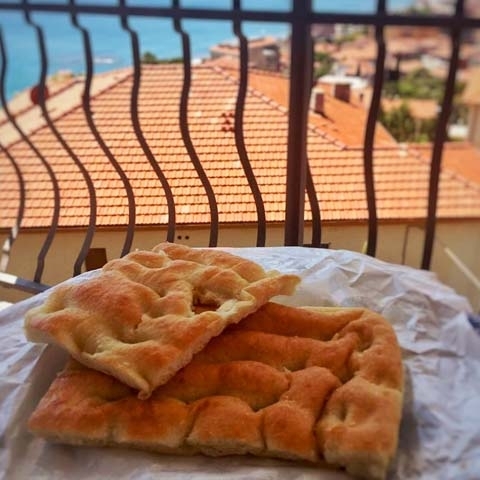 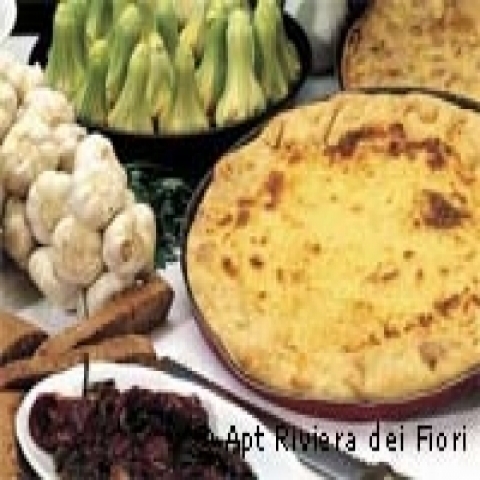 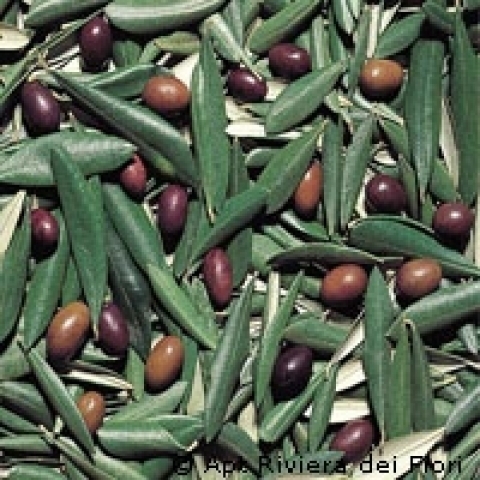 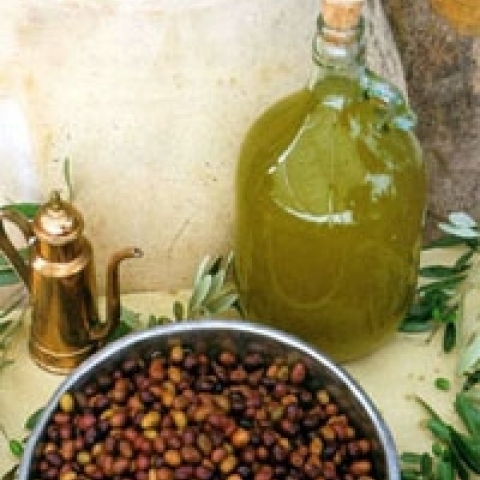 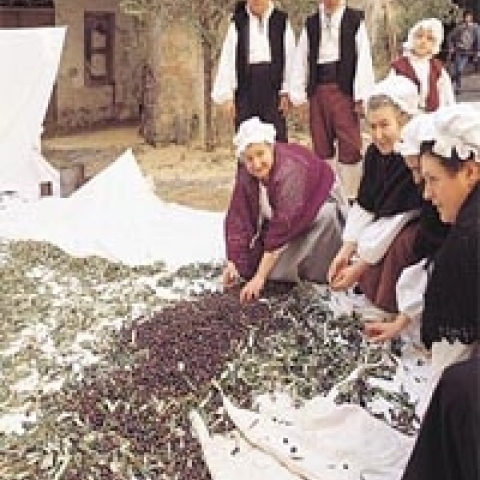 Perched above the Mediterranean Sea, the Italian region of Liguria is a generous land comprised of a variety of fishing villages, a mountainous landscape, and rich soil filled with nutrients – all of which help shape the unique and delicious cuisine of the area. Not unlike traditional Mediterranean diets, the Ligurian cuisine boasts simplistic, natural flavors derived from local ingredients such as fresh produce, seafood, herbs, beans, and pasta.

Mostly occupying a long stretch of coastline, Ligurian food is heavily influenced by seafood and fish, and the origins of many local recipes can often be traced back to fishermen. Though those who are not fans of seafood need not worry – the region is also famous for its abundant crops of vegetables, grapes, olives, nuts, mushrooms, and herbs.

In addition, Liguria is home to some of the world’s most well-loved Italian foods such as minestrone soup, focaccia bread, and the iconic pasta sauce Pesto alla Genovese. Made by blending extra virgin olive oil with pine nuts, garlic, and Parmigiano Reggiano cheese, pesto sauce is simple, fresh, and flavorful – perfectly encapsulating everything that makes Ligurian cuisine so special.

At the start of a meal in Liguria, expect a star of the region – focaccia – to be served in many ways. A common appetizer in Liguria, this flatbread is often served in baskets for snacking on before the meal. In addition, it is a common street food throughout the region and typically comes in two forms. Focaccia Alla Genovese is made by brushing a light amount of olive oil, water, and coarse sea salt just before baking. Focaccia di Recco is made similarly, however it is typically covered with soft cheeses such as fontina, stracchino, or mozzarella before being baked.

Served alongside focaccia is often a particular type of olive, grown in the Riviera dei Fiori part of the region. Taggiasche olives, otherwise known as Cailletier olives, are perfect for appetizers, often topping focaccia, served on their own, or used in various game dishes. Taggiasche olives are a key ingredient in one of Liguria’s most popular and well-loved appetizers – cundiun. A juicy, fresh, flavorful vegetable salad, cundiun is comprised of vegetables such as tomatoes, onions, bell peppers, cucumbers, basil, wild oregano, and the unique Taggiasche olives. After being mixed, the veggies are tossed with sea salt and Taggiashce olive oil. A region known for its lush vegetation, it is no wonder why this dish is such a go-to for locals in Liguria. After enjoying this delicious Summer salad, it’s tradition to mop up the juices with a fresh slice of focaccia.

As with other regions of Italy, crostini is another key appetizer. The Ligurian people have a special dish - crostini di pane con merluzzo alla ligure – which features cod and highlights the benefits of living by the sea. The cod is cooked in a sauce made of tomatoes, garlic, olives, pine nuts, capers, herbs, salt, and olive oil. The result is a soft and flavorful fish that is the perfect pairing for crunchy crostini.

The first course ushers in more traditional Ligurian flavors, particularly in the form of pastas and soup. Pesto sauce is the king of first courses in the region because of its rich flavors and versatility. This bright green sauce can be served with traditional pastas such as lasagna, tagliatelle, or the uniquely Ligurian pasta called trofie. Only crafted in this region, trofie is short, thin, and twisted. Pesto can also be served in soup to help intensify the flavors. Nearly every family and restaurant has their own version of pesto sauce, but each is perfectly balanced, delectable, and undeniably Ligurian.

Another commonly eaten pasta in the region is pansoti con la salsa di noci. Similar to ravioli, this dish is made of pockets of pasta dough filled with ricotta and a unique seasoning blend. Drenched in a delicious walnut sauce and fresh grated parmesan, this dish exudes the unique flavors of Liguria.

As far as soups, the other most popular first course dish is Minestrone Alla Genovese. This world-famous soup is said to have been invented in Liguria, and it is made by combining any available seasonal vegetables with pasta – usually scuccuzzu or taglierini – or rice. Another classic Ligurian soup is mesciua. This dish is a combination of local beans, olive oil, and a unique grain called farro.

No matter the dish, nearly all pastas and soups served in Liguria are flavored with vegetables and fresh herbs – key products of the region.

Traditionally, second courses in Italy are centered around meat or fish, and the Ligurian region is no different. Thanks to its location on the Mediterranean, seafood is an essential component to the cuisine of the area. Dishes often contain fish, mussels, and squid.

Other traditional proteins like beef and chicken are not usually used in Ligurian dishes, however veal and rabbit are common. Cima di Vitello Alla Genovese is a dish that utilizes veal in a special way. The breast meat of the veal is cut in a particular fashion that allows it to be filled with various ingredients ranging from eggs, to vegetables and other types of meat. Though time-intensive, this dish is unique to the region. Coniglio Alla Ligure is a rabbit dish comprised of pine nuts, taggiasche olives, olive oil and local wine.

As with other courses throughout Liguria, vegetables are a key ingredient in this course. A classic dish is torta verde, a vegetable pie with a thin crust and delicious fillings such as chard, potatoes, onions, feta cheese, eggs, and fresh herbs such as parsley. Another variety of vegetable pie is torta pasqualina. This salty pie is characterized by its 33 flaky layers and fillings of chard, eggs, and prescinseua – a unique ingredient similar to ricotta.

Arguably the best course of any meal, desserts in Liguria are typically baked goods such as cookies, cakes, or breads.

One of the most common desserts in the region is canestrelli – sweet biscuits shaped like daisies and covered with powdered sugar. A common find in Ligurian bakeries and an important cultural marker in parts of the region, these cookies are sometimes flavored with fresh lemon.

Baxin d’Albenga is another quintessentially Ligurian dessert. These little puffs of pastry are flavored with cinnamon, lemon, and anise. They often accompany wine towards the end of the meal.

At Christmas time, locals enjoy pandolce, a dense cake filled with seasonal spices and candied fruit. Like American fruitcake, the dish is long lasting. This is due to it being created to be nutritious and durable enough to last for long sea voyages.

Along with focaccia, a couple of Liguria’s most popular street foods are bread-like snacks that can be eaten quickly and on the go.

Farinata is one of the most traditional options available at Ligurian street food carts. A chickpea flour pancake, it is hailed throughout the region for its simplicity and versatility. It can be made with no additional flavorings or with fresh herbs such as rosemary added. Originally a part of the peasant cuisine, farinata is now a must try for foodies while in Liguria.

A similar option is panissa ligure – made from the same ingredients as farinata minus the olive oil. Typically molded into a cube shape, the bite size pieces are served in paper cones with onions or topped with lemon juice.

As with any region in Italy, wine is a key part of the cuisine in Liguria. However, the local wines are typically cherished and savored a bit more, because of the great effort, skill, and passion required to create wine from this region. Given the mountainous and seaside geography of Liguria, planting vineyards can be extremely difficult. Often planted on steep slopes or on terraced cliffs, vineyards in Liguria are not for the faint of heart. As a result, harvesting must be done by hand and the grapes must be carried long distances in baskets. Because of the limited space and difficult harvesting process, wines from Liguria are available in smaller quantities, making them special and distinctive from other Italian wines.

Popular white wines to try in Liguria are Cinque Terre – a dry white named after the region in which the grapes are grown – as well as Sciacchetrà – a dry, sweet, fruity wine typically served with dessert or alone as an aperitif. Red wines in Liguria are rare, but exceptional. Rossese di Dolceacqua and Ormeasco are both wonderful options for lovers of red wine.

Eat as much fresh seafood and pesto as you can!
Tommaso's Liguria Travel...