On the Southeastern part of the island of Sicily is the historic town of Militello in Val di Catania. Located about 100 miles Southeast of Palermo and 22 miles Southwest of Catania, the city rests near the Hyblaean Mountains.

Small in size but large in culture, Militello in Val di Catania is a quaint village whose origins date back to the Copper Age. Having been inhabited since ancient times by a variety of people, the town is steeped in history that has brewed over the course of centuries. Militello is known as “The Florence of Iblei” due to its many churches, palaces, and monasteries. 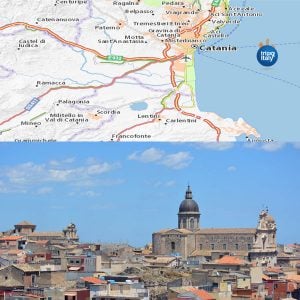 Militello was named an UNESCO World Heritage Site as a part of eight other towns called “The Late Baroque Towns of the Val di Noto.” These towns were dubbed historic sites due to their reflection of the area’s ability to rebuild after the 1693 earthquake, which devastated the entire Southeastern area of Sicily. The restoration resulted in eight towns that together perfectly reflect Baroque architecture of the 17th century.

While historians have found remnants of both prehistoric and Roman settlements in the area, the first written account of Militello dates to the Norman age. The name of the town itself is derived from Norman terminology. “Militello” comes from the medieval, Latin word “Militellus,” which described the distribution of lands from Sicily’s Count Roger I to soldiers of the Sicilian army.

During its earliest existence in the Norman age, Militello was a casale – an isolated group of houses in the countryside. The area was passed down through inheritances until 1337, during which the king of Sicily – Peter II of Aragon – allowed the leader of the time – Abbo Barresi – permission to surround the city with walls and build a castle, making it a part of the kingdom of Sicily.

From 1571 to 1812, the city’s leader was Fabrizio Branciforte, prince of Butera. These years would mark the point in history for which the area would be most well-known for. The city of Militello Val Di Catania owes its best years in history to Joan of Austria. The wife of Francesco Branciforte and granddaughter of Carles V, Joan had a love and passion for all things sophisticated and gorgeous. It is because of her that during this time the city became an aristocratic court and a cultural center of prominence.

Throughout these centuries incredible buildings were constructed, including public gathering places, churches, administrative buildings and more. In fact, Sicily’s first ever printing house was established in Militello.

In 1693, the massive earthquake that devasted much of Southeastern Sicily destroyed much of Militello. Many of the historic buildings were leveled. In time, certain architectural wonders were rebuilt, and during the restoration, many works of art were created.

Today, travelers can still see many of the beautiful buildings that line the streets of this once ancient town. 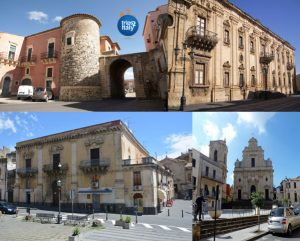 When visiting Militello in Val di Catania, travelers can soak up the centuries of rich history throughout the area. Travelers can visit the Museum of San Nicolò – home to a collection of religious wardrobe and jewelry pieces of the 17th and 18th century, or see the 17th century Benedictine Monastery turned modern-day town hall. They can also enjoy the local festivals and admire the vast architecture of the city.

Throught Militello are a variety of local events that highlight the culture and history of the area, including the Festa of Maria Santissima della Stella in September, a Good Friday re-enactment, Baroque performance art displays in July, and the Festa of Santissimo Salvatore on August 18th.

By far the highlight of Militello is its architecture. The reconstruction after the great earthquake resulted in a variety of classically Baroque buildings that represent the history of Militello.

In Militello, the Mother Church of San Nicolò e del SS. Salvatore is one of the most historic churches. Built in 1721, it features incredible artistic masterpieces from influential artists of the 18th century. Visitors can also visit the Church of San Benedetto – featuring decorated chapels that were built in 1616 – or the Santuario Santa Maria della Stella – built in 1722 and home to artist Andrea della Robbia’s artworks of the 15th century. Other notable churches throughout the city include: 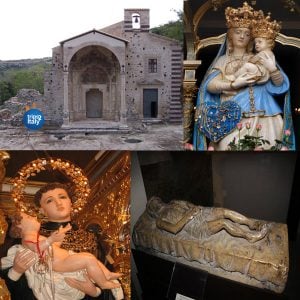 One of the most important monuments in Militello is the Barresi-Branciforte Castle. Originally built by the Normans, it was destroyed in the earthquake. What remains are ruins – one of the castle’s towers and certain walls. In the center of what was once the castle’s courtyard is a famous fountain called Fontana della Ninfa Zizza – originally built to celebrate the opening of the city’s first aqueduct. Along with castles, there are many palaces throughout the city, including: