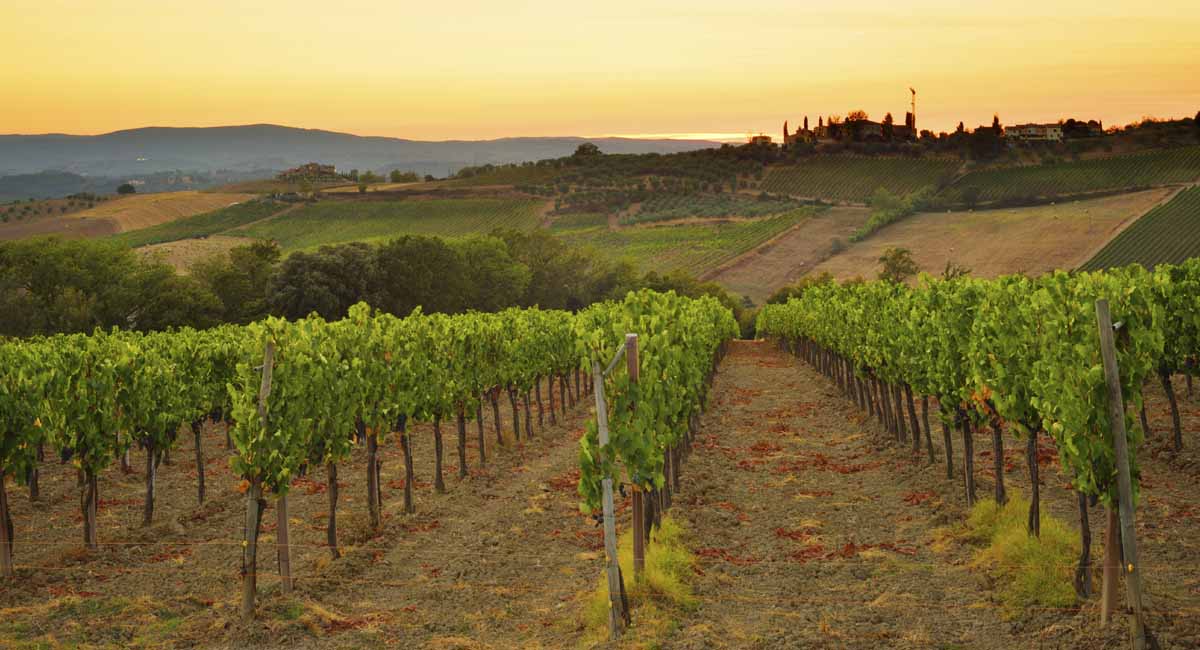 Good Morning Stacie and Tommaso,
As Stacie can verify, I posted pictures and my adventures of the trip on Facebook daily. Here are some notes I wrote to my son, Erik. It was truly a trip of a lifetime for me. I loved every minute of it. From the seamless travel of connections and drivers to the locations of the hotels. I will be a walking billboard for Trip2Italy. Thank you so much for everything!!!! It was a fantastic trip. Really, it was!!!
Now back to the trip of my life time..
This was my first tour into Chianti region. As you can see the rolling hills, the vines, and cypress trees. The lust green country side. This tour had about 30 people and was on a big bus. The kind I did not want to travel on but it only happened once. All the other tours was in small vans or cars. I picked one seed from the tree and now trying to grow it here. Its got a sprout coming out of it and of course, its in an expresso cup. LOL
If a picture could say a thousand words. The right is a photo and the left is my painting of the roof tops. I love Siena and all its earthy colors!
Siena is on top of hill and you can see for miles. I am thinking of painting the roof tops thinking watercolors. You could see the lines of the city change over time as the walls of 1300s to protect their fine city grew wider with time. I climbed a tower of the town hall that had over 400 steps up and 400 steps down. The stairwell was narrow and the steps were worn. Can you imagine what these steps could tell you about the history of the town of Siena. The wars, the joy, and sorrow of the town. The black plague was a big influence on the town. Generations were destroyed.
Volterra, Alabaster mined there then Siena Again.
Siena, since the age of the city has very narrow streets. Old fashion lanterns. One of the couples I met on my last wine tour were from Canada, St John Island. After the tour we went out to eat on one of these narrow steep alleys. Well, after tasting a number of glasses of wine. Here we sat at a restaurant that had outdoor seating. Tasha and I had Pici spaghetti with sheeps guts intestines with a gravy sauce. It was quite good. Well after sharing a bottle of wine with them and the meal ended. I was starting to be effected by this steep narrow avenue. Our stools were cut to feel balance on the hill. I thanked them for the time together and excused myself. I was fine once I started walking back to my hotel. It was a wonderful day and evening but the feeling of falling down the hill.
I think the best part ( besides the expresso, gelato, and wine, in that order) was meeting others from around the world. A number of Australians, Americans, English, Canadian, and Switzerland. Tasha and Steve was my first connection.
Then came Sheila from Switzerland, and Liz from Baltimore. I spend a day with each of travelers and it made it much more enjoyable. We shared experiences and knowledge of the trip and day. I have still connections from Liz. I wrote to Tasha via email and no reply yet. They both might be still traveling. I think they were having a 6 weeks holiday.
Kathrina S. - Travel Time Agency's Client