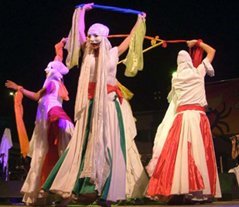 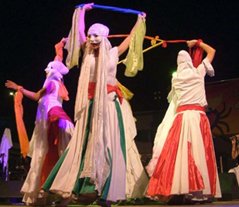 Folklore is a large part of Italy and even more so, in the Apulia region located in what is the heel of Italy’s “boot” shape. In this particular region, folk dances are very popular and have their roots in Ancient Greece. The “Pizzica” is a traditional dance popular throughout the Salentine peninsula along with the “Tarantella”. These ritualistic dances were performed in honor of the gods of music and sun (Apollo) and wine (Dionysus).
This tradition was then mixed with popular believes and superstitions and this kind of dances were soon related to the treatment for the bite of the tarantula, an extremely poisonous spider widespread in all southern Italy. According to tradition, who was believed to have been bitten or stung by a tarantula had to recur to a sort of  musical therapy, which due to the sweats and moods caused  by repeated compulsive movements, and in particular during the feasts of Saints Peter and Paul, lead to the expulsion of the deathly poison.
Today the “Pizzica” is celebrated during the famous “Notte della Taranta” (Night of the Taranta), which takes place every year since 1998. The Festival is celebrated for several days in August and throughout various towns in the province of Lecce and the Greece Salento. For the closing night in Melpignano, various famous musicians alternate their performances with “Pizzica” orchestras playing during the entire night. Being the largest musical festival in Europe, it attracts over 100,000 spectators each year and is an important tourist event for the region of Apulia.