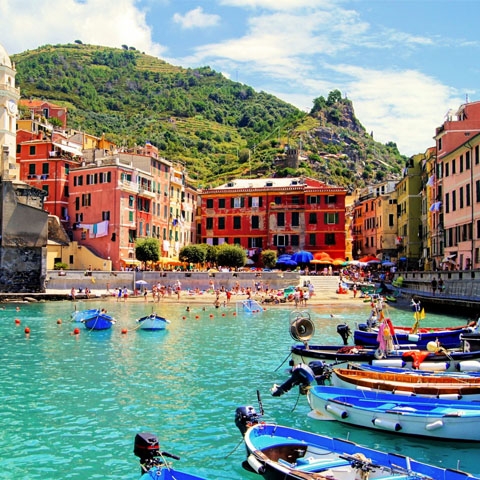 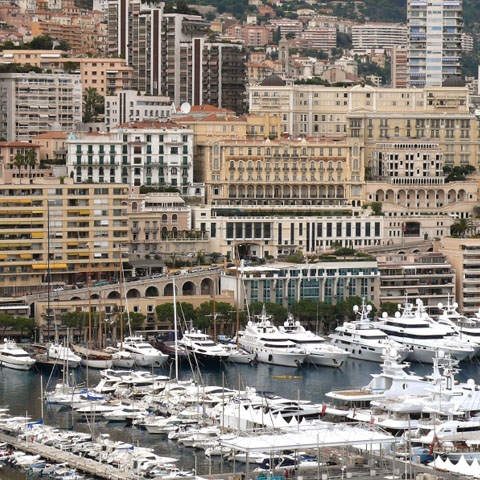 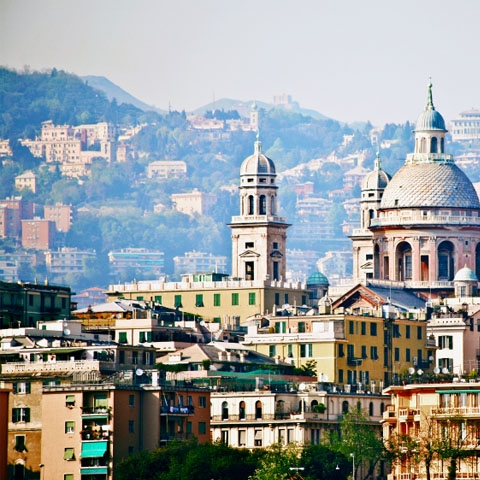 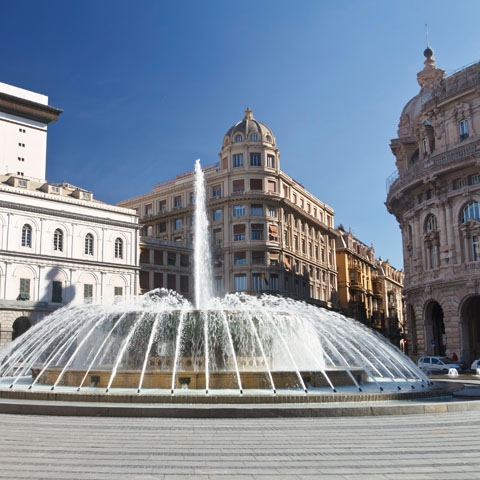 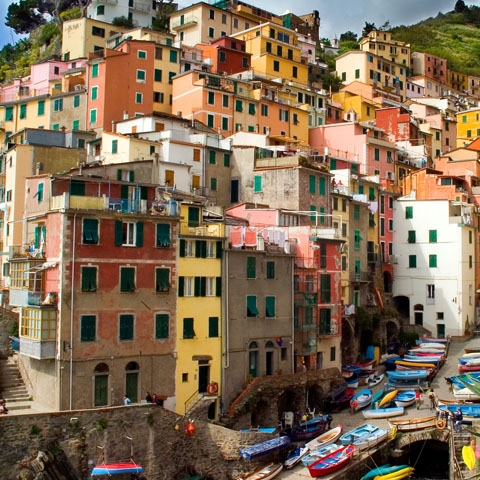 From Milan (Or Genoa) to Milan

DAY 1: MILAN, GENOA
Early morning meet and greet with your tour group in a designated meeting point in the historical center of Milan. Transfer to the lively and ancient seaport of Genoa. Genoa in the past was one of the Maritime Republics and you will experience its rich and important past with a visit ito the historical center that developed around the dock full of medieval buildings and winding streets. You will visit also the area of the Ancient Port, restored for the anniversary of Columbus' sail to the Americas. You'll be have the chance to visit the Aquarium (optional visit on your own not included), the second largest in Europe, before heading to the hotel for the night.

Please note that it will be possible start directly the tour from Genoa, morning meeting point to be advised.

DAY 2: GENOA, CAMOGLI, PORTOFINO, SANTA MARGHERITA LIGURE, GENOA
You'll depart the hotel after breakfast for a short visit to Camogli, a beautiful town, with evocative architecture of the region. You will continue then towards Portofino, a charming small village tucked into a narrow cove overlooking the rocky coastline. Be sure to bring your camera and autograph book, as Portofino is a popular spot for celebrities and artists that ever year are attracted here. Last will be Santa Margherita Ligure, a picturesque town on the eastern part of the Italian Rivera, before returning to Genoa to spend another overnight at your hotel accommodation.

DAY 4:GENOA, SAN REMO, MONTECARLO, NICE
After a nice breakfast, you'll head to San Remo, known as the city of flowers and sun, on the Italian Riviera of Liguria. You'll have plenty of time to enjoy a casual stroll through its elegant streets and beaches. Perhaps you'll take a chance in the casino, or shop in the charming boutiques. After lunch (not included), the sightseeing tour continues on to Monaco, a very small, but very glamorous, Country. We'll pass by the Grimaldi Prince Palace and pause for pictures in front of the cathedral where American actress Grace Kelly became Princess Grace and later buried. The tour will continue with a drive around Montecarlo, home of the Grand Prix and the Montecarlo Casino, where many movies have filmed. We’ll move on to Nice for the night.

DAY 5: NICE, ST RAPHAEL, ST TROPEZ, ESTEREL COAST, NICE
After breakfast at the hotel, we’ll go on a star gazing tour of the French Rivera. St. Raphael and St. Tropez are famous for their beaches and the celebrities that flock to them. Don’t forget your autograph book! In the afternoon, we’ll travel back to Nice through the Esterel Coast. You’ll love the beautiful panorama of craggy cliffs and shining sea. You’ll enjoy a good night’s sleep in the hotel.

DAY 6: NICE, ST PAUL DE VENCE, GRASSE, CANNES, NICE
You’ll enjoy breakfast at the hotel before heading to St Paul de Vance, a small medieval town with an artistic heritage. You’ll see the remains of medieval walls and landscapes that influenced Chagall and Prevert. We’ll stop in the town of Grasse for lunch (not included) and to visit its beautiful town center and cathedral. It’s also home to largest perfumeries in France, so be sure to do some shopping! After lunch, you’ll stop in Cannes, home of the famous film festival and beautiful beaches. You’ll return to the hotel in Nice for the night.

DAY 7: NICE, MILAN
You’ll have the whole morning to yourself after breakfast, to enjoy Nice’s shops and atmosphere. After lunch, we’ll take you back to Milan, where the tour, and our services, will end. 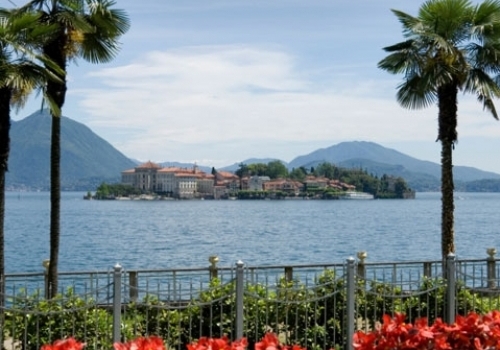 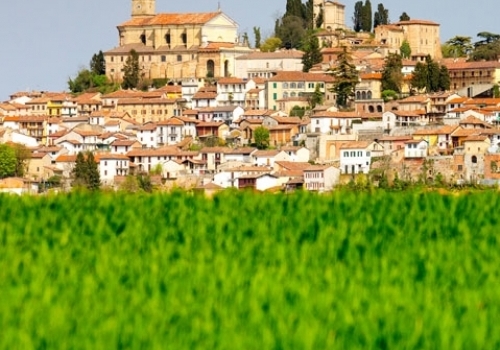 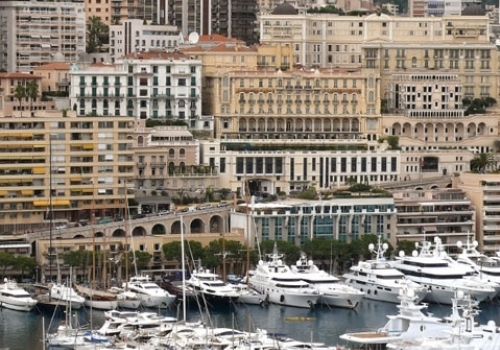 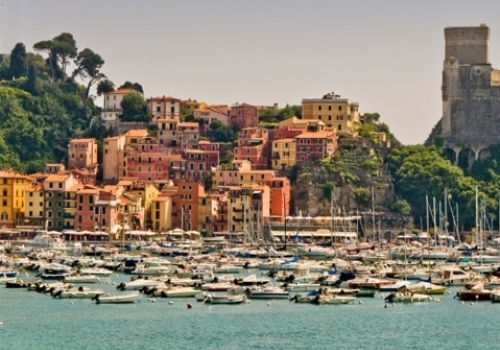 Plan My Trip To Italy
Wow, what can I say.......Our trip to the Amalfi Coast and Rome was flawless and Tomasso De Poi owner of Trips2Italy and his staff exceeded our expectations.
When I contacted him almost a year ago, I wanted to get a good overview of both areas as this was our first time in Italy however, I just wanted to show up and not have to do any of the planning. That is exactly what happen!!! His thorough planning and attention to detail afforded us the opportunity to really experience Italy; the tastes, texture and vibe of each area visited.
The car services,transfers, guides, hotel choices, & flight scheduling and personal consultation with Tomasso prior to our trip were all on point. Staying in locations centrally located was fantastic.

The level of professionalism, knowledge and friendliness from the collaborators he selected could not have done a better job. Dino our driver in the Amalfi Coast was awesome showing us Ravello, Amalfi, & Poisitano. He knew all the alternative routes to maximize the time spent in each location-5 stars Dino!!! Michele Arpa and our driver John Franco and Katherine on the second day were amazing. Great energy,showed us all the sights, sounds and tastes of Naples and Pompei. Michele is a walking encyclopedia on the history of the Naples and Pompeii.... Then came Roma... For the Colosseum Vatican & Roman Forum tours, Grace was amazing....Obviously loves what she does, fun to be with and passionate about the history of her amazing city... .The food tour at Trastervere was the icing on the cake.. All locally own restaurants that love what they do and love having happy patrons.

It is really hard to isolate our favorite or memorable part of our trip......but the following were really special: We had a beautiful day for the boat ride to Capri, Pompeii was mind blowing, we could have spent the whole day there. The overall beauty of the Amalfi Coast while driving on the coastal road took our breathe away and we were all in awe of the Colosseum and St Peters Basilica.

We would add two more days, one extra day on the Amalfi Coast to tour an Olive Oil, Limoncello or Pottery facility and have an additional day in Rome to just play.