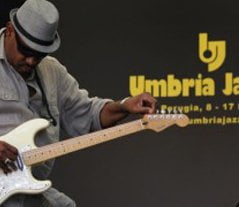 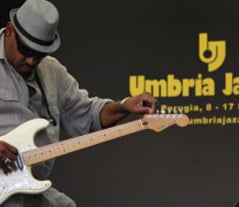 Every year in the quaint and historic town of Spoleto, located in the Umbria region, one of the most important artistic festivals in the world takes place during the summer months: the “Festival dei Due Mondi," or Festival of the Two Worlds. This exuberant event was first started in 1958 by composer Gian Carlo Menotti. Menotti hoped to fuse the artistic contributions of both the old world, Europe, and the new world, America, and generate mutual appreciation for both. Gian Carlo Menotti hoped to orchestrate a festival that would have international appeal and provide a comprehensive view of the different art forms throughout the world. Anyone who has an affinity for artistic forms of expression such as ballet, opera, painting, literature, music, theater, sculpture and every other form of contemporary art will enjoy this incredible festival. 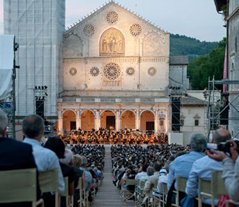 As the festival expanded and grew in popularity year after year, the Festival dei Due Mondi became one of the premier cultural events in Italy, with a three-week schedule of music, theater and dance performances featuring a global assortment of artists and an extensive range of artistic exhibitions and displays. Famed artists such as Luchino Visconti, Carla Fracci, Roman Polanski, Ezra Pound, Luciano Pavarotti and Joaquin Cortes have participated in the festival in the past, and the efforts of these individuals are partly responsible for its increased popularity.

There are two other mirrored events inspired by the festival in Spoleto, Italy: the Spoleto Festival USA in Spoleto's twin city of Charleston, SC was started in 1977, and the Melbourne International Arts Festival, held in Australia, began in 1986.

Why, though, was the festival established in a small and seemingly insignificant city like Spoleto? Quite simply, the region featured inexpensive real estate, goods, and services. Also, Spoleto already had three theatres, both indoor and open air, as well as many other available spaces. Spoleto is also quite easily accessed via train or other forms of public transit.

If you have the chance to visit the Italian city of Spoleto during the festival months, do not forget to stop by and enjoy one of the several free performances!