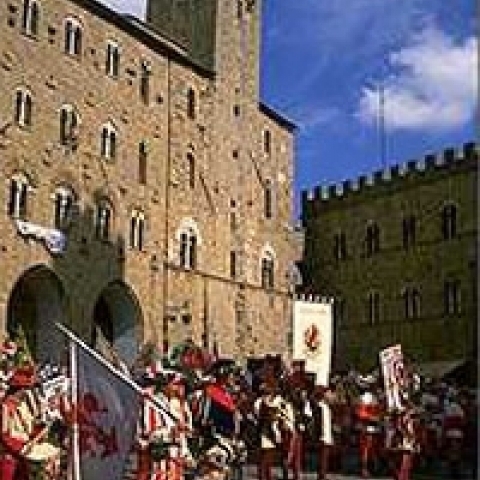 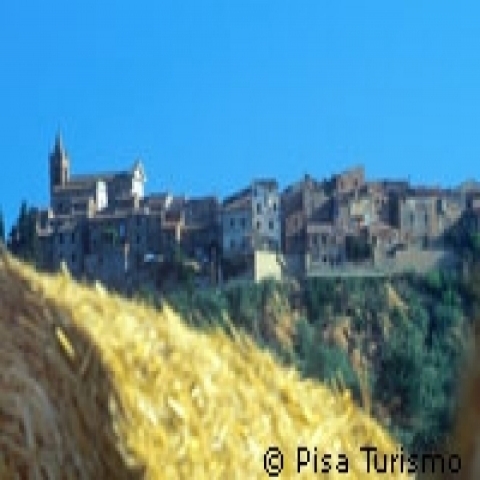 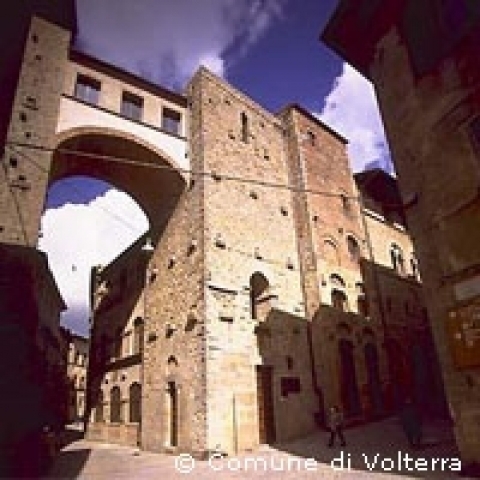 Volterra is the native city of the poet Persius Flaccus, of the humanists Tommaso Inghirami and Raffaele Maffei, of the painters and sculptors Baldassare Perugini and Daniele Ricciarelli, and according to the "Liber Pontificalis"; Volterra was the birthplace of St. Linus, the immediate successor of St. Peter.

The mysterious city nestled on a hilltop can trace its historical roots back three thousand years but maintains the medieval character and charm of narrow streets, tower houses, palaces, and churches within its protective walls.  Once one of the most prosperous and powerful of Etruscan cities during the half-millennium before the birth of Jesus, it experienced centuries of turmoil to emerge as one of the principle cities of medieval Italy.

Influences from the medieval, Roman and Etruscan worlds are evident throughout the city --medieval palaces and church buildings, the remains of the Etruscan gateway, Porta all'Arco, and the Etruscan Museum with over 600 funerary urns, the First Century Roman theater, suggesting the importance of Volterra under the Roman rule.

The Alabaster Museum features hundreds of captivating works of art all crafted using the town's most abundant and beautiful mineral.
Tommaso's Volterra...