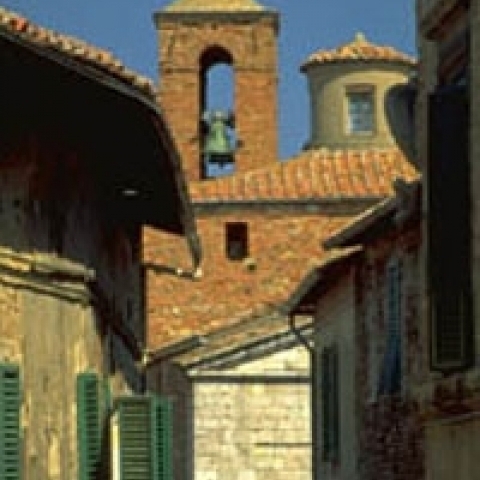 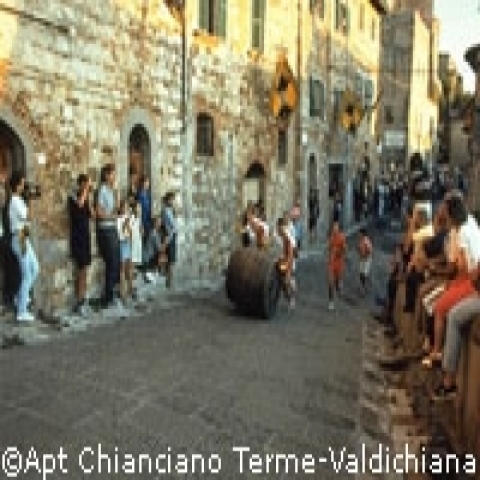 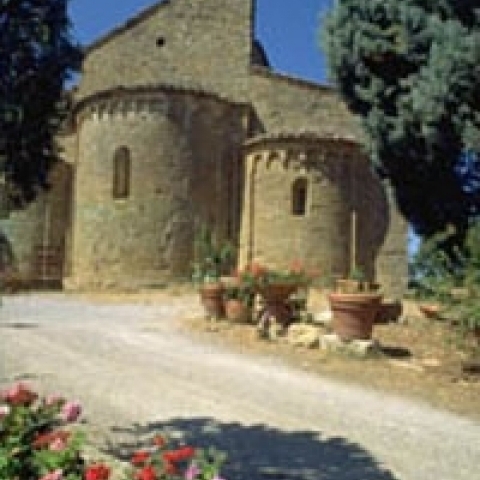 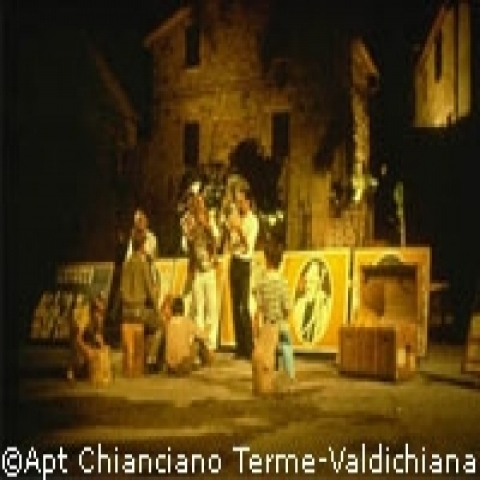 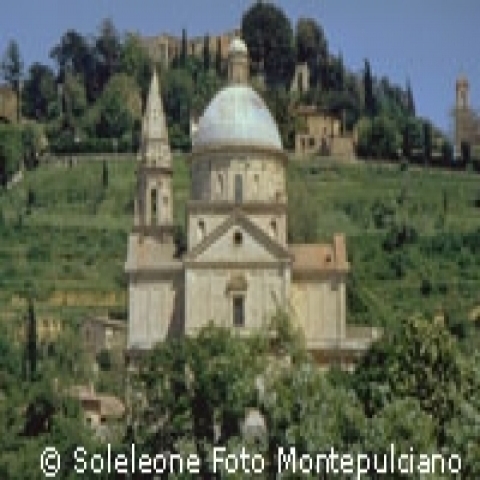 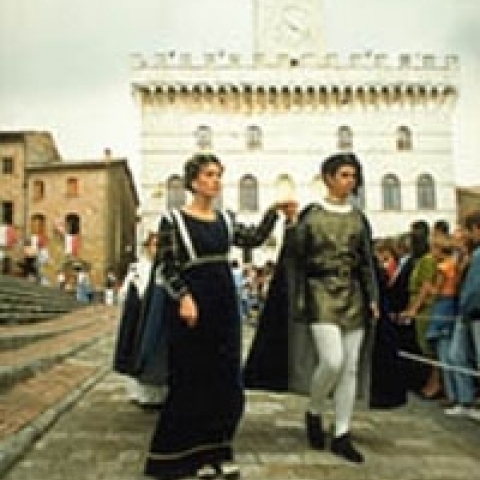 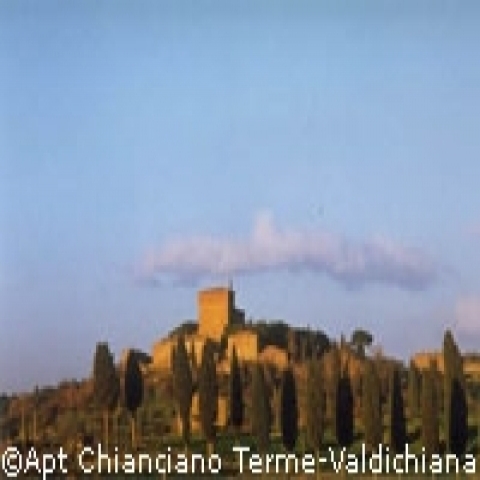 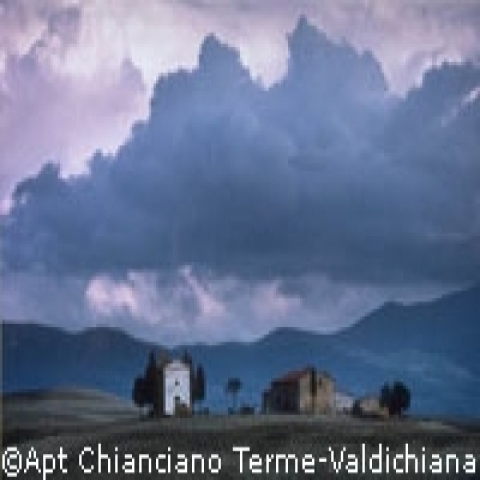 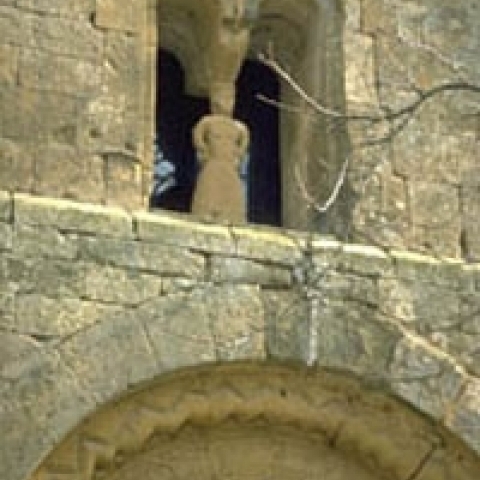 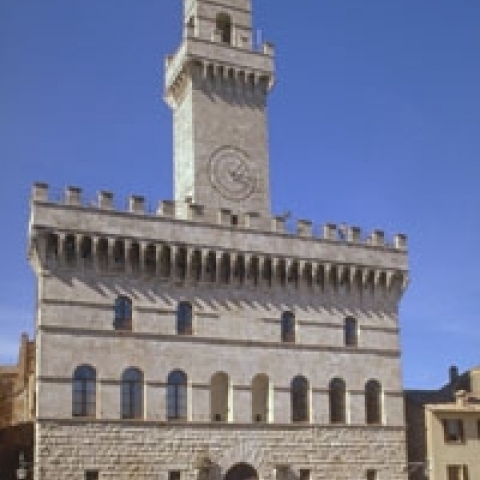 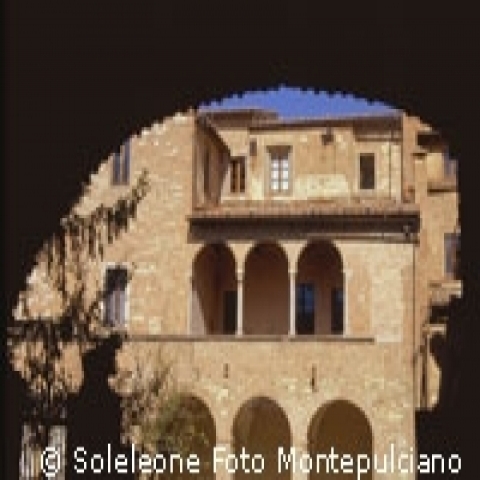 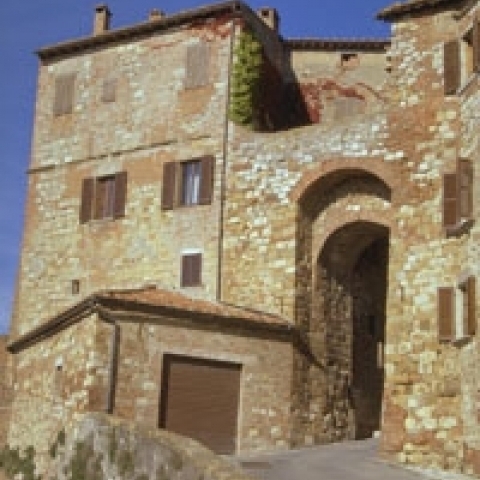 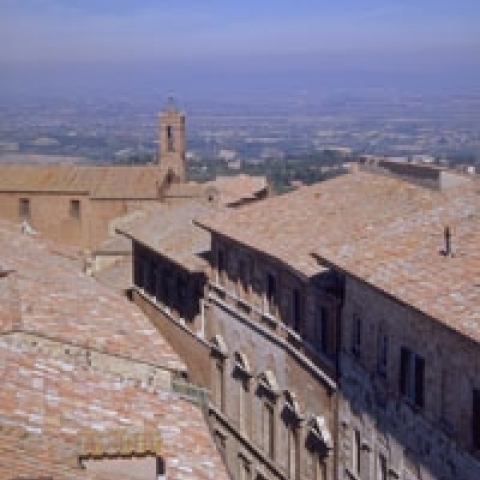 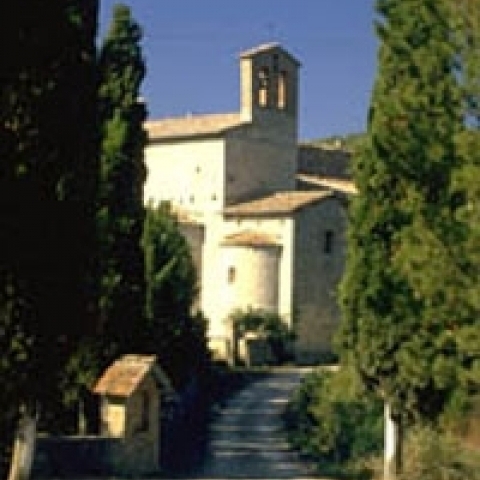 Montepulciano Things to Do

The historic and civic center of Montepulciano, Piazza Grande hosts the Palazzo Comunale (Town Hall), and the famed 15th century tower. It is the central point from which all the main historical buildings of Montepulciano and its Cathedral can be admired.

The ancient Town Hall, designed by Michelozzo as a late-14th-century variation in travertine on Florence's Palazzo Vecchio, today serves as Montepulciano's municipal center.  The massive clock tower can be climbed to experience the spectacular views of Siena to the north and Gran Sasso Massif to the south.

the cathedral of montepulciano

This stately building by Ippolito Scalza, a native of Orvieto, began in the 15th century after several years of commissioning and firing architects, only to have construction halted when the city ran out of money, leaving the cathedral faceless. It remains a stark duomo with an incomplete, plain-brick facade and an equally sparse interior, but with several great oil paintings and works.  Inside are Taddeo di Bartolo's Assumption of the Virgin, an altar by A. della Robbia, and a 14th century baptismal font.  The building, reminiscent of the palazzo della Signoria in Florence, is surrounded by elegant buildings.

Home to the charming enoteca (wine store) established by and still run by the Contucci family for over a century.

palazzo neri-orselli and the civic museum

A rare example of civil architecture of the 14th-century Siena style, the palazzo hosts the Civic Museum of Montepulciano, where a large collection of Della Robbia Ceramic masterpieces, the 14th century miniated anthem books of Saint Agostino, archeological finds, and a large exhibition of Tuscan paintings can be viewed.

A renaissance arcaded loggia (terrace) that faces a well that displays the Medici arms and is flanked by two Florentine lions and two Poliziani griffins.

An archaeological treasure, this 17th century building whose lower level is embedded with dozens of Etruscan reliefs and funerary urns that probably came from the Chiusi area.  It is believed the collection belonged to the 18th-century antiquarian scholar and former resident Pietro Bucelli.

In a style that mixes late Gothic with early Renaissance the church, whose facade Michelozzo designed, displays a wooden crucifix by Donatello over the high altar along with other beautiful frescoes and oil paintings.

Outside the city walls, this church with its striped 1935 facade surrounding a 14th-century portal, has a frescoed Madonna by Simone Martini.

An example of graceful late baroque style the church has Mary of the Graces and Annunciation figures by Giovanni della Robbia and a rare late-16th-century organ with cypress wood pipes.

An example of a 13th-century Sienese double gate in the city walls.

Left by a philandering Neapolitan bishop, exiled here for his dalliances, this unusually short clock tower in Michelozzo Square is capped with a life-size Pulcinella, the black-and-white clown from Naples.

Outside the town, in the countryside stands one of the most significant Renaissance works and the masterpiece of Antonio Sangallo the Elder. Characterized by its beautiful dome  flanked by a bell tower, the travertine church's interior is a peaceful and elegant as the overall structure. Sangallo also designed the companion can's house nearby, which was built after his death.

An open-air market that takes place on the 1st day of May.

A traditional Toscana market near the train station on the last weekend of September.

Held each 2nd weekend of the month in the historic center of Montepulciano with about 50 exhibitors.

Since 1976, during July and August, Montepulciano has been the home of this  renowned musical festival, founded and directed by the composer Hans Werner Henze. The event includes musical shows, theater productions, and exhibitions of figurative art all focused on experimenting with new and classical forms of art and developing artistic communication.  During the festival, Montepulciano becomes a forum for a diversity of artists: singers, actors, musicians, directors, conductors, composers, scene and costume designers, etc, providing the public with an opportunity to experience, understand and appreciate music and art.

Dating back to the Middle Ages, The Bruscello was originally a peasan' theatre which took place at the fairs and festivals of Patron Saints.  Each year around the Feast of the Assumption, August 15th, the tradition continues with a series of amateur concerts and theatrical performances depicting religious themes, chivalry or local legends.

On the last Sunday in August, over 200 citizens dressed in ancient garb, join the traditional parade that opens the competition between the eight Contrade (divisions) of Montepulciano in an uphill race of empty wine barrels through the streets of the city.

In between delicious wine tastings, spend some time in Piazza Grande, the heart of the city, to admire the Duomo and the Pozzo dei Grifi e dei Leoni.
Tommaso's...