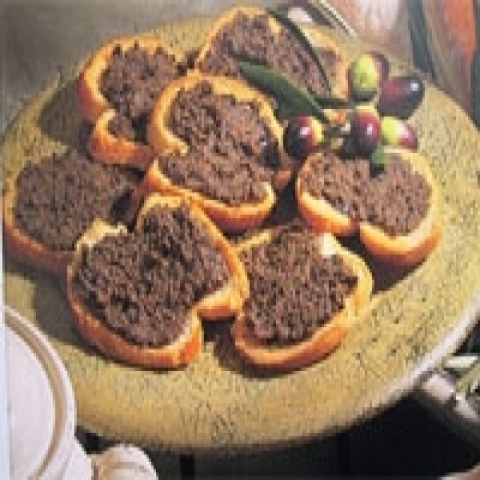 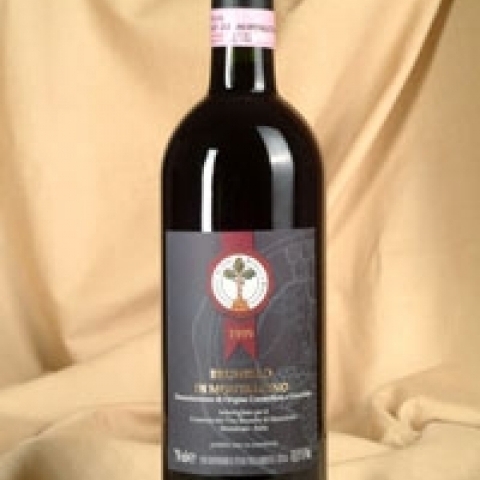 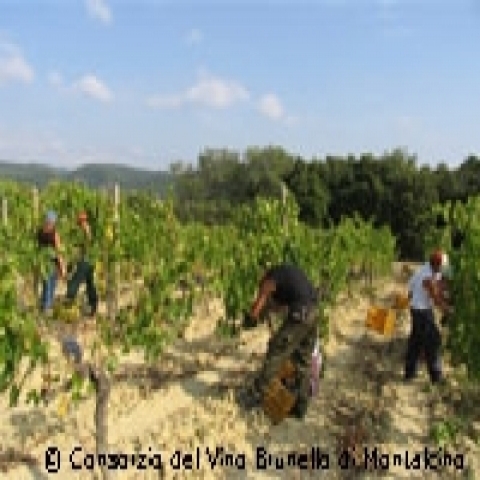 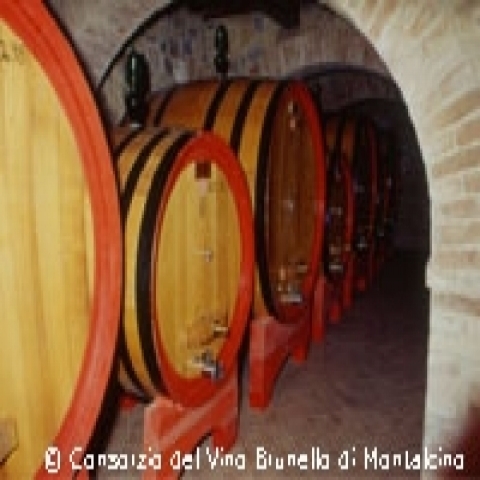 Like most of Italian cuisine, dishes are based on simple, careful cooking of perfect and available ingredients rather than on elaborate sauces and complicated preparation. Called "la cucina povera",  or peasant cooking, homegrown foods like salad greens, fresh vegetables and farm-raised meat, or foods gathered in the wild, such as porcini mushrooms, asparagus, and game is the mainstay.

This is especially true of the restaurants in Montalcino. In keeping with this simple but special approach, dining is informal and most restaurants are family-owned and lovingly family-operated.  Typical local dishes to savor might include polenta, pici, bruschetta, pappardelle with hare sauce, donzelline, meats roased over open coals, all washed down with Montalcino's signature wines!

The farmers of Montalcino made wine for centuries. Their red wine, called vermiglio, was favored by English kings of the 1600's, Charles II and William III, who called it "Mont Alchin", the poet Francesco Redi praised Montalcino's sweet white dessert wine, Moscadelletto.  But it was the wines made exclusively from the Brunello grape, a Sangiovese clone that, aged, yielded superior wine, that would revitalize the town and eventually bring it to its star-studded international image as a producer of world-class wines.

Montalcino is perfectly suited to wine production.  Surrounded by the Ombrone valley, the Orcia valley, and the mountains of Amiata, the vineyards have a natural protective barrier from intemperate weather such as hail and severe storms, making this area the most arid of all Tuscany's wine regions. With only about 20 inches of rainfall a year, rare spring frosts and the cool breezes of the sea tempering the hot Mediterranean nature of the region, Montalcino is an even more viticulturally friendly climate than Chianti or Montepulciano.

Though focus on the potential of the Brunello grape began in the late 1800's, success was slow to come due to the poor reputation Italy acquired the wine industry for overproduction and lack of regulation.  Market success didn't occur until the 1960s when Brunello won DOC status in 1966 (it became the first of the elevated DOCG wines in 1980) and Rosso di Montalcino, made from the same grape but aged one year instead of four) was awarded DOC rank in 1984.

Montalcino, though awakened from its long sleep, remains a quiet little city in the hills where the wine speaks for passionately for itself to a world of wine lovers.

Brunello di Montalcino first appeared in the middle of the 19th century, prepared by Clement Santi from a selection of Sangiovese Grosso grapes, the larger-berried clone of the Sangiovese variety.  Over time, the wine has increased in fragrance and acquired a velvet flavor and a delicate, intense bouquet. Today this dry wine is one of the best Italian reds.

Until after WWII, the wine was produced exclusively by the Biondi-Santi family, who released the wine only on rare occasions in the greatest vintages. Between 1888 and 1945, only four vintage declarations qualified. As recently as 1960, less than a dozen estates bottled Brunello di Montalcino but today there are 220 growers and over 150 bottlers.

The wine has a long life,  it can be kept 10 to 30 years or longer - but it is difficult to say how many years the wine will improve in bottle. This is dependent on the vintage.  The wine should be laid horizontally in a cool, dark cellar where the temperature is constant and free from reverberations and odors.

Less expensive considering its high quality, the "second wine" of the zone is Rosso di Montalcino, a younger wine that combines special attributes of vivacity and freshness.  It has acquired a precise identity and official recognition with the recent approval of the: DENOMINAZIONE DI ORIGINE CONTROLLATA (DOCG).  Rosso di Montalcino is a rich ruby red dry wine, complementary with many foods. It is very drinkable and especially appealing but should not be kept long.

Created from a grape cultivated since antiquity, Montalcino's dessert wine is produced in three types -- Natural, Lightly Bubbly and Late Harvest.  It has an aroma of a well-balanced, fresh muscatel with some floral scents and its harmony of sweet and aromatic is pleasant to the palate.  The natural and lightly bubbly Moscadellos di Montalcino is best enjoyed young, while the late harvest type improves with time.

SantAntimo is a wide denomination that includes both red and white wines.  Red Sant'Antimo can be made of varieties such as Cabernet, Merlot or Pinot Nero and can also be produced as Novello.  A white San'Antimo combines varieties of Chardonnay, Sauvignon and Pinot Grigio.  There are two Riserva quality wines -- Sant'Antimo Vin Santo, produced from white grapes, and San'Antimo Vin Santo Occhio Di Pernice from red grapes.