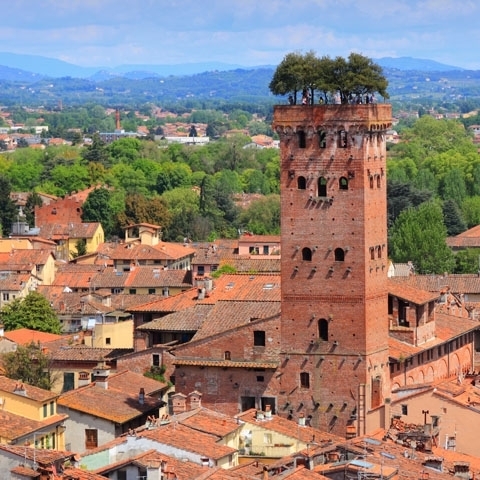 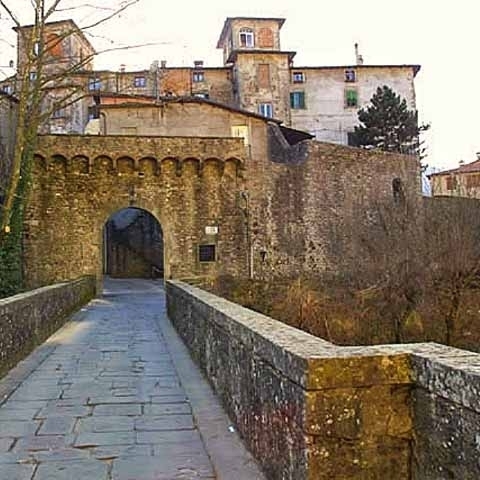 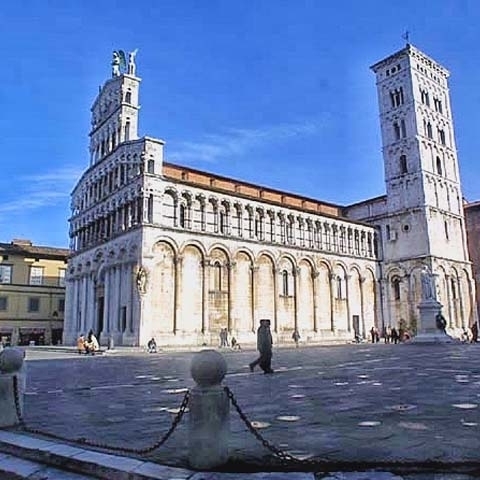 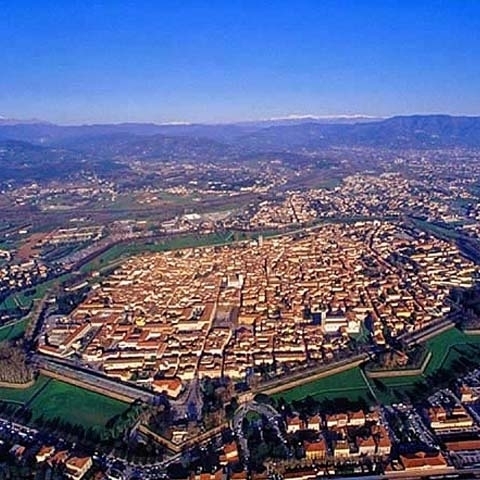 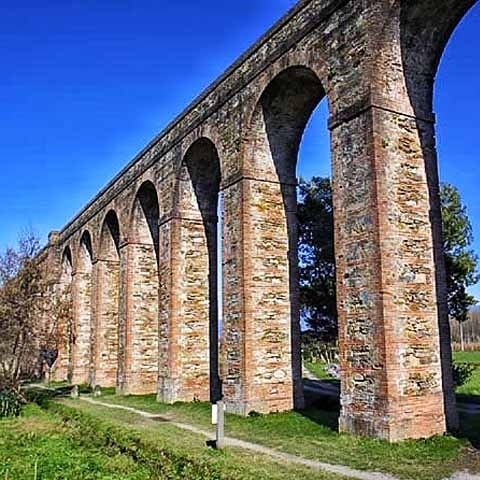 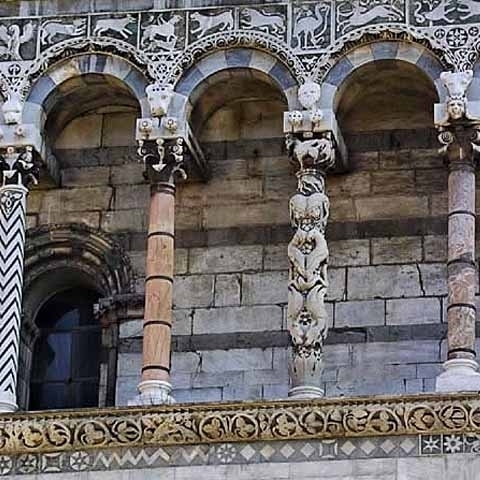 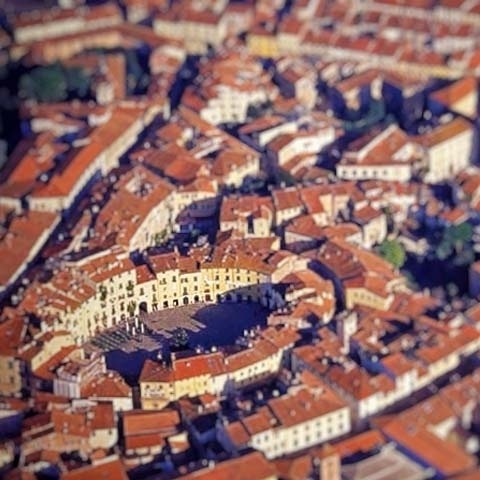 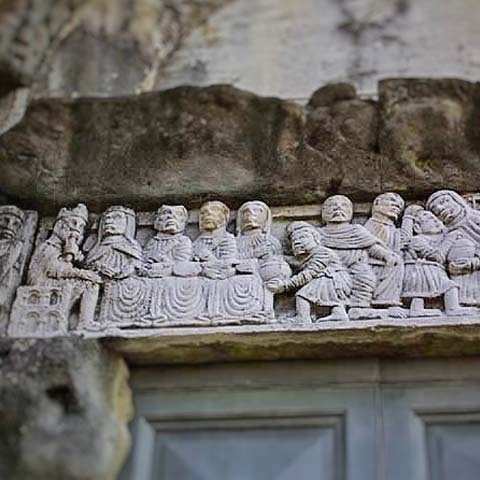 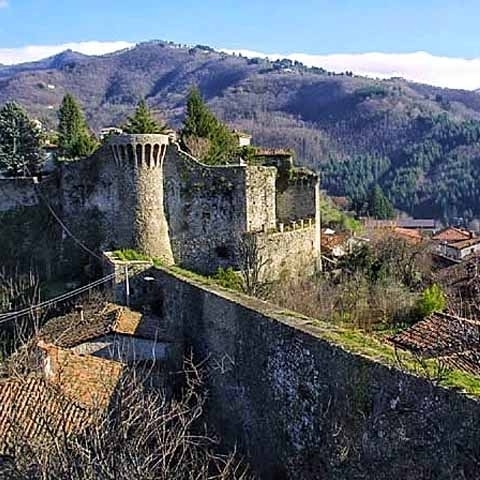 The city with a circle of walls, became a colony in 180 AD and then a flowering Roman town in the 2nd to 8th centuries. The walls, built to replace the medieval walls as a more effective way to defend the city from the Firenze, go back to the 13th to 14th centuries when Lucca enjoyed an era of great splendor. It was during this time that the town converted to Catholicism, constructing so many churches it became known as "the city of 100 churches".  And with the imperial privilege of stamping money, its intense mercantile and banking activity, and above all the processing and trading of precious silk that was exported to markets all over Europe, Lucca became a city of authority.

Engaging in battle with neighboring Pisa and Firenze for control of transportation routes in the 12th to 15th centuries more than once necessitated the rebuilding of the city walls, and, in fact, forced Lucca to change its urban shape completely, replacing existing towers with buildings and new, stately mansions  along the most important streets of the town.

In 1799 Lucca came under the rule of Napoleon, who designated the city a principality and granted authority to his sister Elisa Bonaparte, wife of Felice Baciocchi. They lived in the Palazzo Pubblico in front of the Piazza Napoleone, where Elisa governed until1814, carrying out extravagant public works and making many radical modifications to the city's appearance.

After the Congress of Vienna in 1814, Lucca came under the rule of Parma and it was during this time that the architect Lorenzo Nottolini planned the squares and the quarters of the town and created the picturesque promenade along the town walls.

The city became part of the Grand Duchy of Toscana in 1847 joined the Kingdom of Italy in 1860.