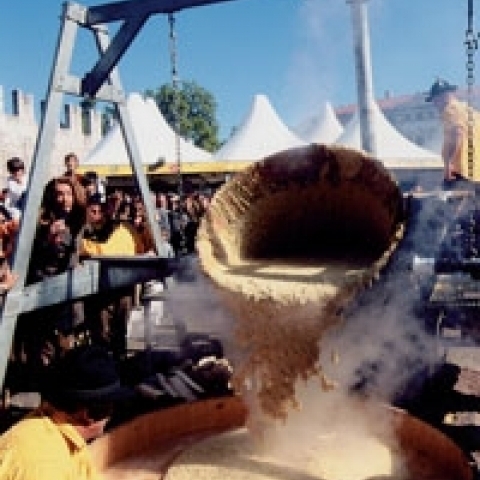 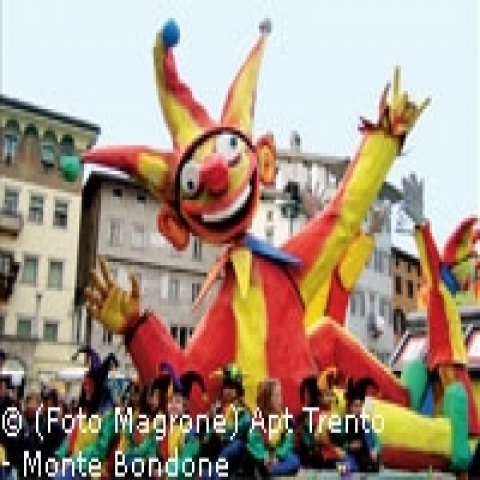 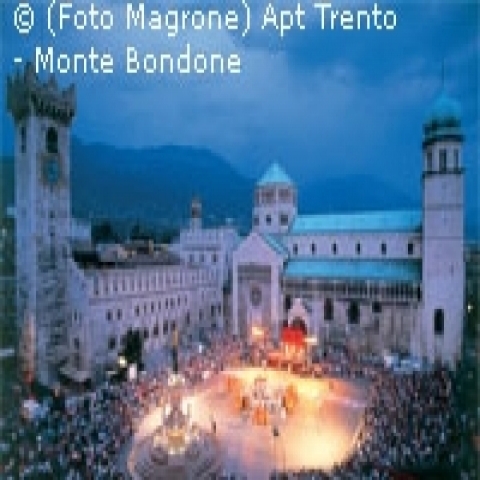 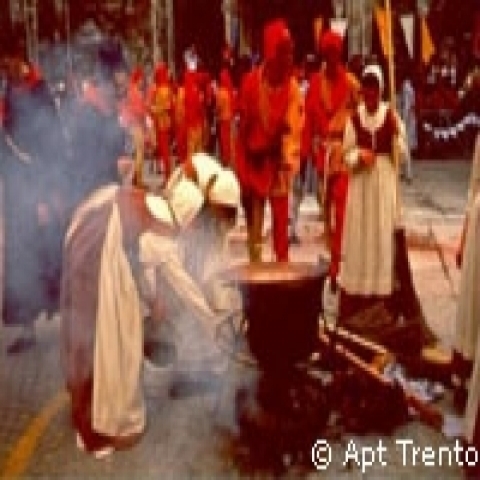 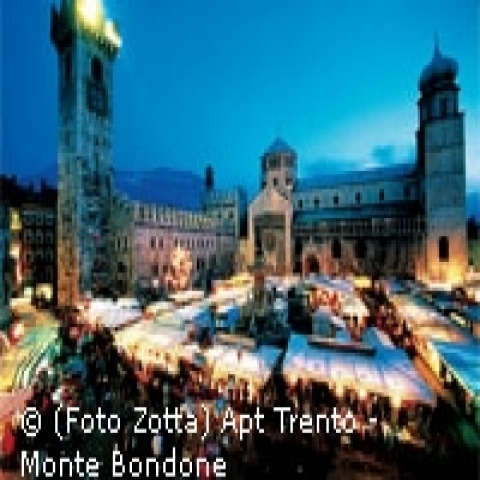 Trento Things to Do

Built in Trento in 1230, a long stretch embattled wall borders the Square. At the top of Via Mazzini, is the a La Rotonda, a circular tower built in the sixteenth century, subsequently modified many times. The remains of Il Torrione can be found there.

Decorated by frescoes of the artist Fogliolino in Via Calepina, this museum dwells in Palazzo Sardagna, a 15th century building. The geological, pre-historical, zoological, and botanical sections of the museum contain a rich variety of material of mainly Tridentine origin.

This square is the heart of the town, decorated by the Fontana del Nettuno (Fountain of Neptune). The southern side is bordered by the Duomo (cathedral) On the east side you will find the 12th-century Palazzo Pretorio, a building which houses the Diocesan museum (an excavation site is being opened in front of it, to unearth Porta Veronese and catalog Roman findings).

The Duomo cathedral is a Romanic-gothic building of the 12th-13th century and has a striking 15th-century tower and Neo-Romanic lantern. Dedicated to Saint Vigilio (patron saint of Trento), it is graced with open galleries decorated by large rosettes on the front. Bordered with the Castelletto, a 12th century building with mullioned windows and battlements, funerary monuments of the 15th century are located along the whole length of the staircases. Halfway up the right side of the aisle is St. Anne's altar with decorations by Fogliolino, shortly followed by la Cappella del Croscifisso (Crucifix chapel).

Via Belenzani is one of the town's most beautiful streets. Surrounding it are Venetian-style Renaissance buildings. Some of the buildings have frescoed facades, such as the15th century palazzo Geremia, decorated with medallions and mullioned windows. Another is the contemporary Casa Alberti Colico (Alberti Colico house), decorated by Fogliolino. The church of St. Francesco Saverio, representing the highest expression of baroque art, looks onto the street.

Surrounded by walls fortified with low turrets, this castle was once the residence of the bishop princes. Originally built in the 13th century, it was altered to the Gothic-Venetian style in 1475. To the south of this building is the Giunta Albertina, situated at the center. It was last commissioned in 1530 during the Renaissance period, by the bishop prince Bernardo Clesio and is characterized by a wide, frescoed portico. It now houses the Castello Del Buonconsiglio Musuem.

In the square stands the Torre Verde (Green Tower) which has green tiling and used to be part of the 13th century city walls.

Situated on the opposite bank of the Adige River, is the Romanic-Gothic church characterized by the portal and rosette and a pointed cusp roof.

This square-shaped suburban villa with towers at its corners, surrounded by a moat, was commissioned by the bishop prince Cristoforo Madruzzo. Numerous frescoes used to decorate its walls, still faintly visible in places. It is now the residence of the Trento and Rovereto museum of modern and contemporary art, which illustrates a few important stages of Italian art.

Standing behind a 12th century embattled building is the Torre Vanga. It is a square tower built in the 13th century to protect a bridge on the Adige River.

Built between 1520 and 1524, this church of the Renaissance period, characterized by its portal and beautiful mullioned-window tower, is situated in the square which bears the same name. It holds numerous noteworthy objects, namely the Marble Choir, a masterpiece by Vincenzo and Gian Gerolamo Grandi of Vicenza.

Just northeast of the city, stands Doss Trento, a hill the Romans called Verruca, which offers a wide view over the city. At its summit there is the ring-shaped monument made of columns dedicated to Cesare Battisti. The sacellum holds the Battisti's tomb. A short distance away are the remains of a Paleochristian Basilica, the National Museum of the Alpini. The Belvedere can be reached either by cable car from S. Lorenzo bridge or by car and offers a view over the whole city.

Surrounded by several mountain peaks, Mount Bondone dominates the southwest side of Trento and is well known for its rich alpine flora (employed for curative hay baths) and as a skiing resort. You'll discover the Rifugio (mountain hut) Alle Viote and the Alpine Botanical Garden, a section of the Museo Trentino di Scienze Naturali which contains over 2200 species of plants both from the region and the mountains of the world.

These two lakes are situated west of the city, among the rocky mountains of the Valle del Sarca. The Medieval Castel Toblino stands on a peninsula in the first lake.

An aeronautics museum Gianni contains 18 vintage airplanes and various relics related to the history of the Italian air force.

Southeast of Trento is a popular resort. Its parish church is characterized by a Gothic presbytery. A castle is situated high over the village.

The Doss Trento Park contains a museum, an archeological site, and it is the perfect place to take a nice long walk while admiring the surrounding countryside.
Tommaso's Trento...