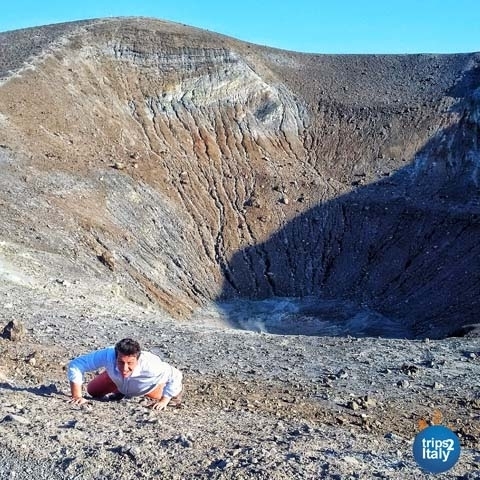 Aeolian Islands Things to Do

The Acropolis of Lipari
This section of the town of Lipari is called Castello because of the castle and fortified city walls found here. The acropolis dates back to the ancient origins of the city while the castle itself was built by the Spaniards in the 1500s. Inside this area is also the deconsecrated Church of Santa Caterina, an archeological zone, the Cathedral of San Bartolomeo (the patron saint of the Aeolian Islands), the theater, the Archeological Museum, and the Archeological Park of Diana.

The Aeolian Archeological Museum
This museum is located in Lipari’s acropolis and it is one of the most important archeological museums in the Mediterranean. It is composed of over 40 rooms containing artifacts divided among the following sections: Pre-history, Greek and Roman artifacts, artifacts that were discovered underwater, inscriptions, artifacts found on other islands in the archipelago, volcanic artifacts, and paleontological artifacts. Other smaller branches of the museum can be found in Panarea, Filicudi, and Salina.

The Archeological Park of Diana
Visitors to this park can admire the ancient Greek walls and Roman homes found here. The park also contains a necropolis with ancient tombstones peeking out from the overgrown grass.

Terme di San Calogero
These therapeutic hot springs are a result of the volcanic activity that created the Aeolian Islands. Though these hot springs were appreciated throughout the centuries, the complex was officially closed in 1975. Today, the ex-facilities of the hot springs host contemporary art exhibitions as well as an Ecomuseum that focuses on the history of the Terme di San Calogero and the pumice stone of Lipari.

Chiesa Vecchia di Quattropani
The church itself is beautiful, but visitors flock to this area for the stunning panoramic views it offers of Salina, Filicudi, Alicudi, Panarea, and Stromboli.

Saracen Caves
In order to escape attacks from pirates, many inhabitants of Salina would hide in these natural caves and expand them by digging into the soft tufa rock. For this reason, many of the caves are connected via internal passages and can be visited all together with the aid of a local guide.

Archeological Zones
The island of Salina is filled with several archeological zones in the village of Santa Marina, the promontory of Capo Graminazzo, and the eastern side of the island.

The Prehistoric village of Capo Milazzese
This archeological zone dates back to the Bronze Age and is protected on each side by high cliffs.

Capo Graziano
This promontory with stunning views contains the archeological ruins of a prehistoric village dating back to the 16th century B.C.

Did you know that there are not any natural springs on the islands and each island formed as a result of volcanic activity?
Tommaso's Aeolian...