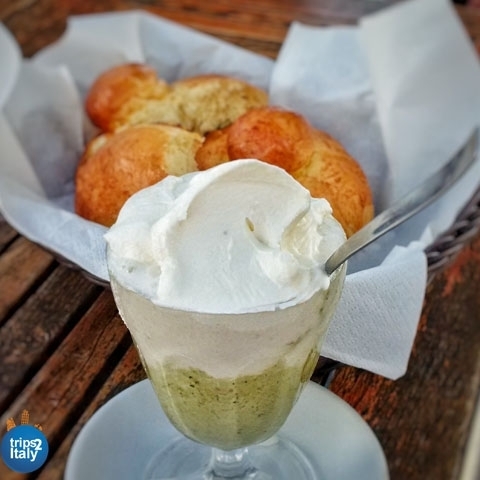 The Aeolian Islands are known for delicious typical dishes that render Aeolian cuisine among the most varied of any area in Italy. Thanks to the diverse cultures that have dominated the islands over the centuries, many contrasting flavors have come together to create dishes with truly unique tastes. Also, aromatic herbs are frequently used giving the dishes a rich fragrance with sometimes unexpected tones.

Capers, rosemary, basil, oregano, small tomatoes, eggplants, jams, honey, nuts, dried fruits, and fish are all among the typical agricultural products of the islands. Capers are the emblem of the island of Salina, which produces two varieties. The small tomatoes grown on the Aeolian Islands are unique thanks to the microclimate of the islands with humid winds and a low temperature range. The tomatoes themselves are slightly elongated and have a rather sweet taste. Delicious goat cheese is also made on the Aeolian Islands using traditional techniques. Similar to Sicily, the Aeolian Islands have a strong dessert tradition which was influenced by the Arabs. Some typical Aeolian desserts include sesamini (fragrant cookies which frequently accompany Malvasia wine), giggi (fried balls of dough covered with a sugar glaze), and piparelli (crunchy cookies filled with almonds).

Malvasia wine is produced in each of the seven Aeolian Islands. The grapes are 95% Malvasia delle Lipari, and the color varies from golden yellow to amber. The fragrance is light with hints of local berries and trees, while the taste is sweet and with hints of tamarind. The wine can be aged from three to eight years and it pairs well with fresh fruit and small sweets.

There is also a version of this wine made from the same grapes, but after they have been sun-dried, and it is called Passito della Malvasia delle Lipari. The color of this wine tends to be amber, it has an open fragrance with hints of eucalyptus, honey, and flowers, and can be aged for up to ten years.

Did you know that there are not any natural springs on the islands and each island formed as a result of volcanic activity?
Tommaso's Aeolian...