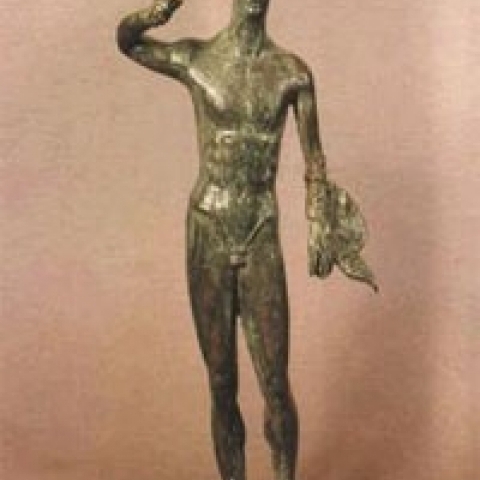 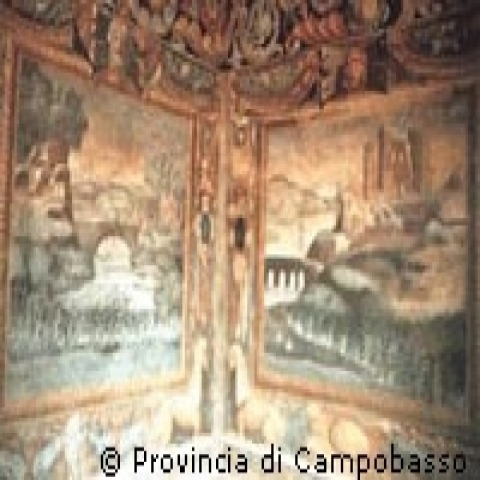 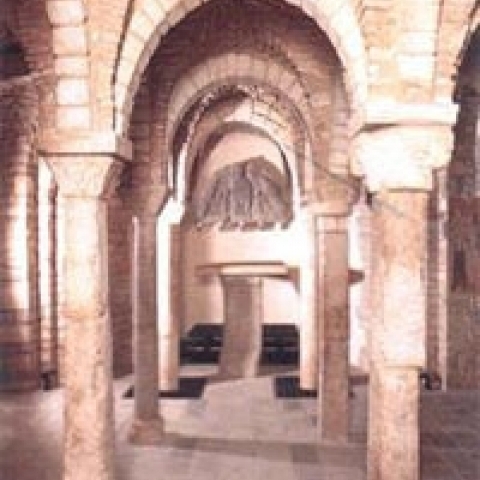 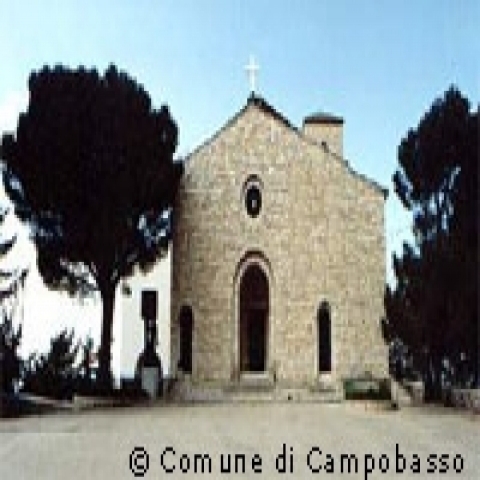 Molise stands out in the history of the Italian art, thanks to the cycle of ninth-century frescoes in the crypt of San Lorenzo in San Vincenzo al Volturno. This cycle represents, for style and age, a unique event of noteworthy value. The monuments in Romanesque style show traces of the influence of the adjoining Apulia region. The examples of medieval architecture are very interesting. The Baroque style, with Roman and Neapolitan influences, can be seen in the civic palaces.

In Campobasso, visitors can admire the historic center and the majestic battlemented castle of the Longobard period, the Romanesque churches of San Bartolomeo and San Giorgino. The church of Sant’Antonino Abate houses the collection of carvings and wooden sculptures of sixteenth-century masters of Molise. About fifteen kilometers from the city rises the Romanesque Santa Maria della Strada from the mountain with a fifteenth-century Gothic sepulcher. At Termoli, on the coastline, you can admire the ancient walls constructed by Emperor Frederick and the massive sixteenth-century castle that looms over the sea.

In Isernia, the Civic Museum holds Samnitic epigraphs and sculptures; the Cathedral and the fourteenth-century Fontana della Fraterna is also very interesting. In Pastena, tourists can admire the monumental Sanctuary of the Addolorata of Castelpetroso, surrounded by a thick forest. And everywhere in Molise, nature seems to keep watch over history, preserving memories. Such is the case of the esplanade at Sepino, whose archaeological zone testifies to the ancient Roman colony, and in the vicinity of Pietrabbondante, where another interesting archaeological site recalls the remote existence of the Sannites, an ancient Italic people which dared to challenge and fight the power of Rome.