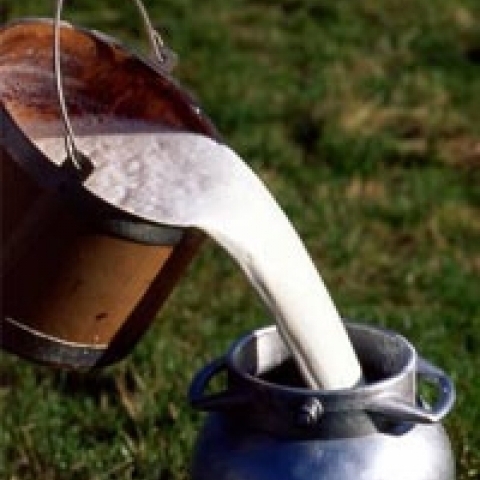 The province of Bergamo has a tradition of hearty dishes of meat, often game, cooked in butter, good cheeses and good wines. Though far from the ocean, seafood is common on Bergamo's menus due to the fact that the city is a major seafood market. The nearby Lake Iseo to the east is also a steady supplier of fresh fish.

Casonsei, meat-filled ravioli is an indigenous and typical primo from Bergamo. There is also the similar casoncelli, which is filled with tangy sausage and topped with butter, bacon and sage. The gray polenta taragna and risotto with wild mushrooms are also commonly found.

Polenta e uccelletti, polenta served with small birds is one of the most typical dishes of Bergamo. These small birds, usually thrushes and larks, have been popular with locals since Roman times. For this dish, the birds are plucked, but not cut up, and even the head remains. These are then threaded onto skewers with sage and thin slices of pork and pancetta, and roasted quickly with attentive basting. They are served hot from the grill or spit on top of a bed of polenta. Another traditional meal is horse (cavallo) or donkey (asino) with a side of polenta. In Bergamo's citta' alta, sweet shops sell yellow polentina confections artfully dabbed with chocolate meant to resemble birds.

Bergamo is home to historic cafes and restaurants that remain recommendable, such as the Caffe' Tasso, established in 1476, the Taverna del Colleoni, specialized in authentic Bergamo cuisine and founded in 1744 and, sit on the gorgeous Piazza Vecchia, the Caffe' Balzer with its upscale setting that opened in 1850.

The area of Bergamo supports the DOC Valcalepio, which are rare on North American shelves. It includes a Rosso, which is a blend of Merlot and Cabernet Sauvignon, a Bianco, which is made from Pinot Bianco and Pinot Grigio and a Moscato Passito, a sweet red wine made from dried Moscato Rosso grapes.