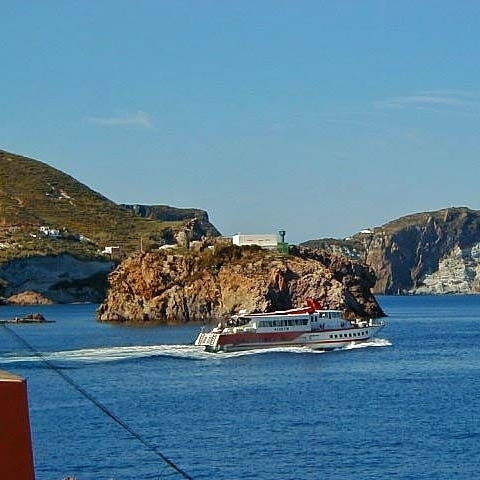 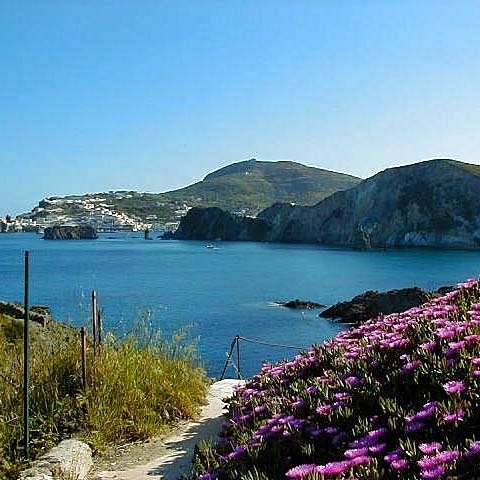 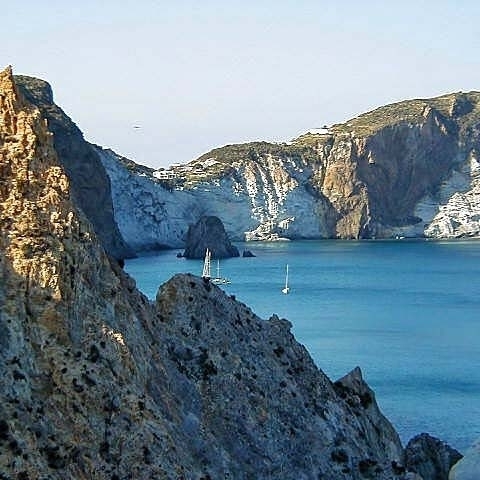 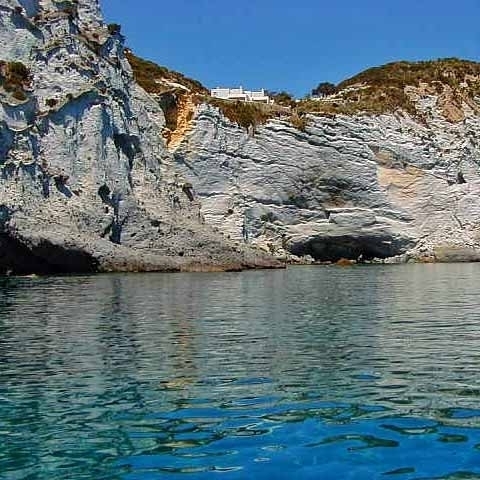 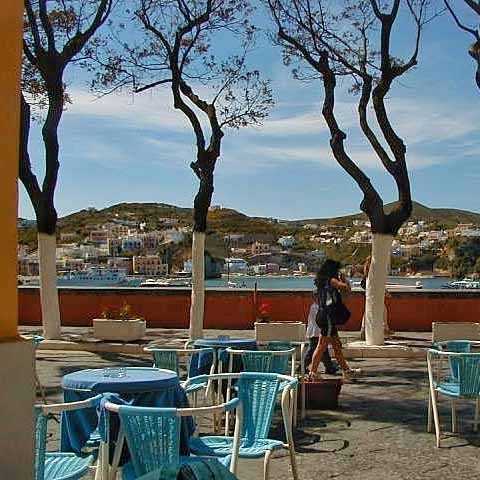 Pontine Isles Things to Do

Ponza can best be savored by circumnavigation, but if you have never sailed a boat before don't worry, as there are plenty to be had for hire. Starting from the harbor and coasting southward along Donna Promontory you will come to Pilatus' Caves, where legend has it Pontius Pilate raised delectable moray eels, a delicacy highly savored by the ancient Romans. The picturesque ruins of a Roman villa ornament the craggy cliffs just a short distance away. Continuing south are the so-called Madonna Cliffs, Ulysses' Cave, and the impressive Guardia Promontory.

The beach at Chiaia di Luna is located behind the lower Fieno Point where an ancient tunnel cut from the soft volcanic rock connects the village to the beach. From Punta del Papa (Pope's Point), named for Pope Silverio, the patron saint of Ponza who was exiled and starved to death here in 537 AD, the coastline becomes more and more irregular. The eastern side offers interesting seascape views including the natural stone arch called "Spaccapolpi" and the majestic Inferno and Core Coves.

The architecture of the charming little town of Ventotene, with its pink and white houses, is typically Neopolitan and most of the buildings date from the 18th century, like the castle, the town hall, and the Church of St Candida, patron saint of the town. The rest of the island has many pleasant surprises in store as well, and a walk around it is certainly worth the effort.

Starting at Eolo Point, you can stroll along a path that will lead you to the little beach of Cala Rossano, with its caves and tiny harbor and, a bit further, to the ancient Roman harbor. If you wish to explore the countryside you will find apricot, fig, plum, and peach trees mingled with wild fennel, cabbage, and a myriad of colorful and intoxicating flowers.

In spring the island is a haven for bird-watchers. Looking out from the harbor you can see the small, low-lying islet of Santo Stefano. It was on this rock that Ferdinand IV had a prison built in 1795 by Major Antonio Winspeare who built many structures here as well as on Ponza, and who later died there as a prisoner.

Built around a circular courtyard, the prison was intended to reproduce the circles of Dante's Inferno, another of Ferdinand's brilliant ideas. Prison inmates included men like Luigi Settembrini, who spent ten years there, the anarchist Mariani, who threw a bomb in Milan's Teatro Diana, Gaetano Bresci, who assassinated Umberto I and who was thrown into the sea after "committing suicide",  and the ubiquitous Pertini. The prison was closed down in 1965 and since then has enjoyed the peace and quiet that visitors to these islands now cherish today.

This sleepy island comes alive with the celebration of its festival dedicated to Santa Candida, which includes the launching of dozens of hand-painted hot air balloons.