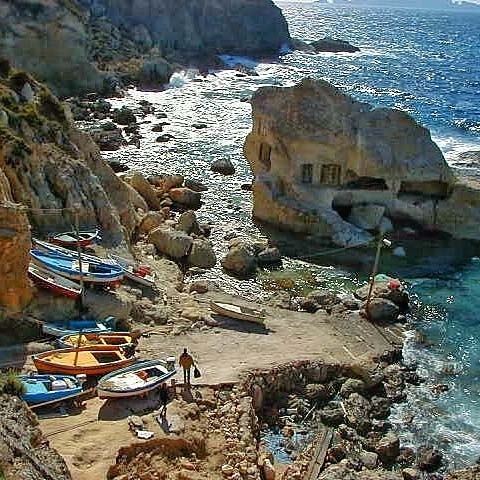 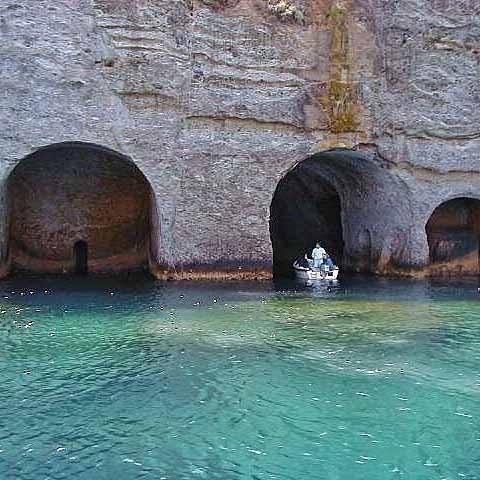 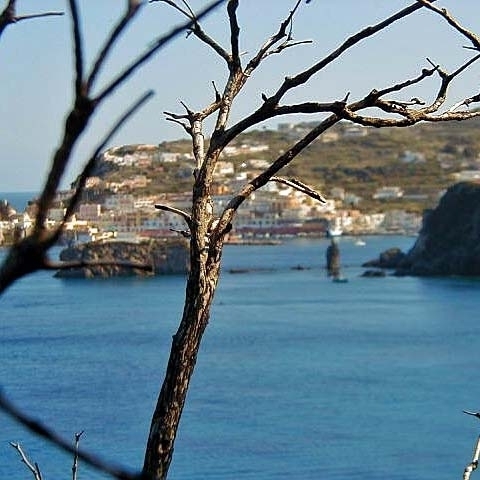 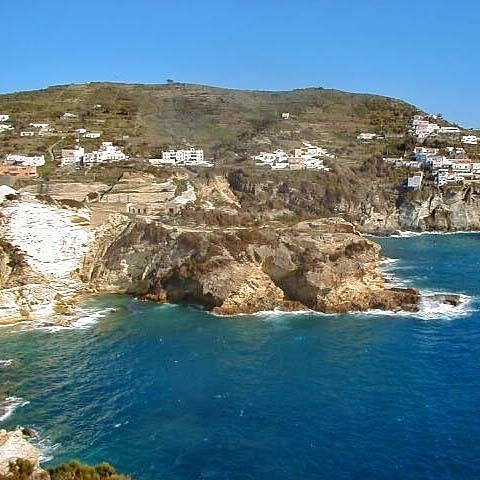 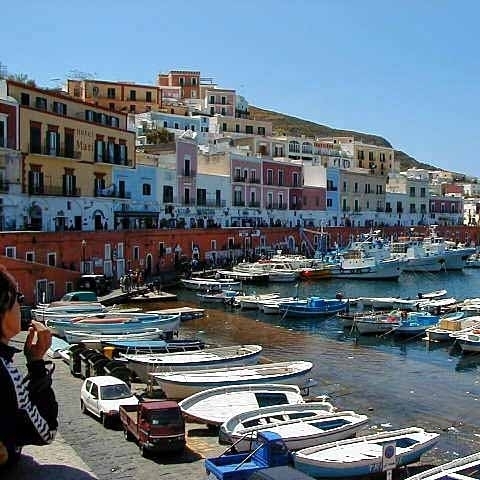 Life on Ventotene is slow-paced and a bit self-indulgent and, although it may seem like paradise, this serene island has had a somewhat strange and turbulent history.

Its long story as a prison island began in the first century when it became a gilded cage where outcast female members of the dysfunctional Julio-Claudian dynasty were sent to live out their final days. The Emperor Augustus, who often vacationed on nearby Ponza, exiled his wanton daughter Julia, whose second husband, Tiberius, left her because of her immoral behavior, to Ventotene (then known as Pandataria) because of her scandalous behavior. As an unwilling "tourist",  Julia lived in a vast luxurious villa on the isolated Eolo Point (named for the "God of the Winds"), cut off from both the harbor and the town by a small valley, which no local was allowed to cross on pain of death. Julia remained captive on the island for over ten years until she died in 14 AD, but, in spite of this enforced isolation, apparently continued her scandalous ways as evidenced by the rumor that she gave birth to a child while in captivity.

A succession of high-ranking imperial women charged with immorality followed, including Nero's sterile twenty-year-old wife, Octavia, and at the end of the century, Flavia Domitilla who was accused of being a Christian and sent to the island where she suffered her saintly martyrdom. Nicknamed "Utopia Island" because of an odd experiment carried out by Ferdinand IV of Napoli to test Jean-Jacques Rousseau's theory that the environment negatively affects a persons behavior and, if placed in unspoiled surroundings, bad people will revert to their inherent goodness. In 1768, some 400 hardened criminals and prostitutes were sent to Ventotene, which was virtually uninhabited and seemed to Ferdinand the ideal setting for this environmental experiment. Needless to say the scheme failed because it wasn't long before a brothel was set up, and crime, riots, and intrigues became so rife that the nearby Bishop of Gaeta was forced to intervene.

In 1771 the King ordered the evacuation of his "guinea pigs" and then promptly abandoned both theory and experiment with a heavy sigh of relief. But that wasn't the end of the island's bizarre penal history because in 1939, during the Fascist era, the "colony of political confinement",  was transferred to Ventotene from nearby Ponza.

Sandro Pertini (a prisoner of the Fascists and later President of Italy) and Mussolini (confined here for a few days in 1943) were other notable exiles of the Pontine Isles.

When Fascism was defeated in 1943, 833 political prisoners were released from the island.