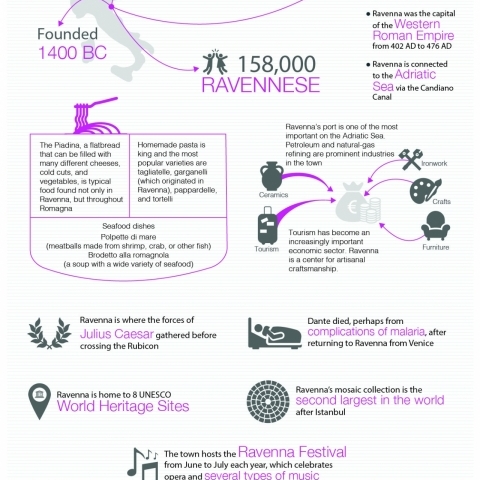 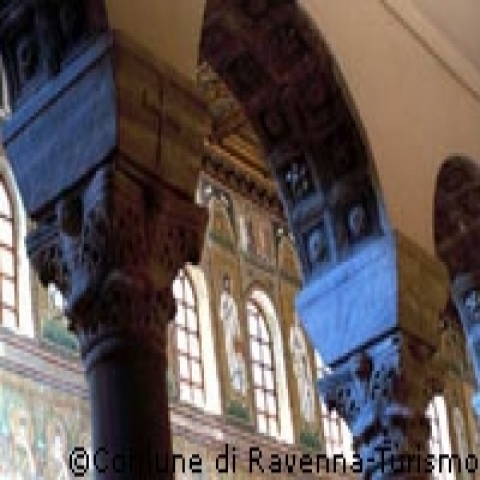 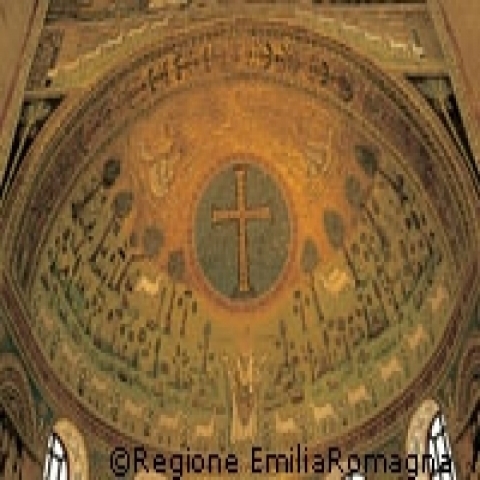 Ravenna's legacy is the blending of classical art and spirituality in a dazzling array of basilicas, baptisteries, and mausoleums. Dante described Ravenna's mosaics as the "sweet color of Oriental sapphires".

The mosaics illuminated the Scriptures by means of iconic images set against a gold background. The mosaics represent man's supreme striving for the absolute.

The early mosaics were probably made by Greek artists from the court of Constantinople. Influenced by these vivid mosaics, it is said that the mosaics of Sant'Apollinare Nuovo inspired the Austrian artist Gustav Klimt (1862-1918), while the cobalt-blue sky and gold star mosaics in Mausoleum di Galla Placidia are said to have inspired Cole Porter to write his classic song "Night and Day".