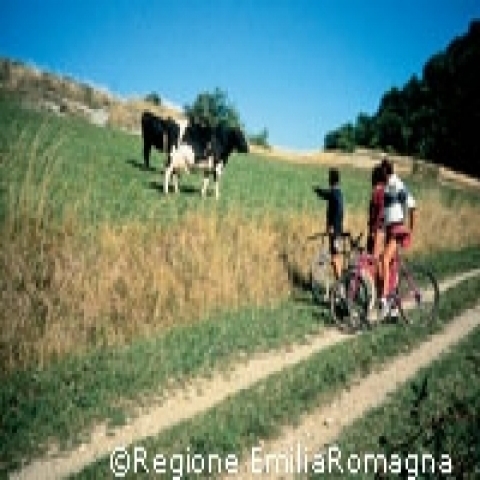 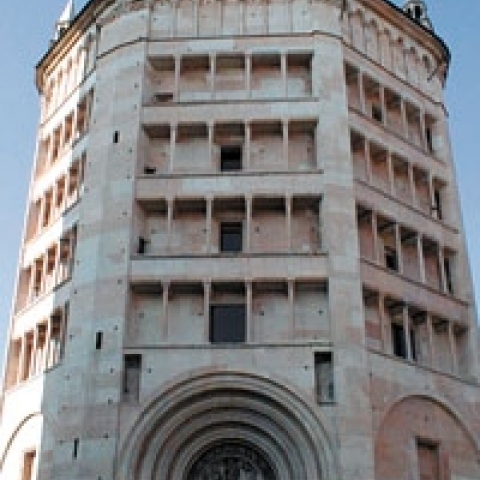 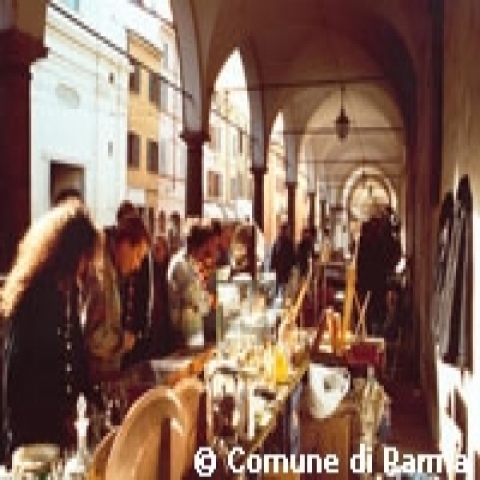 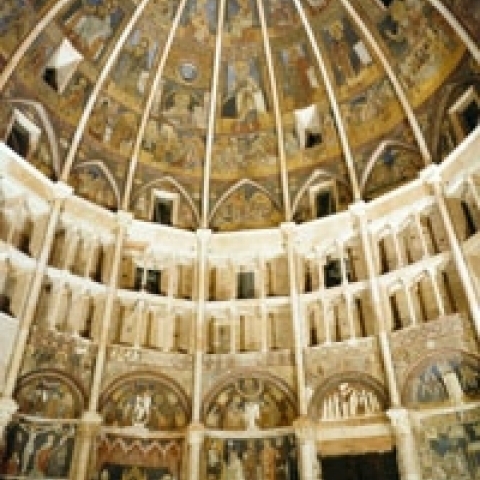 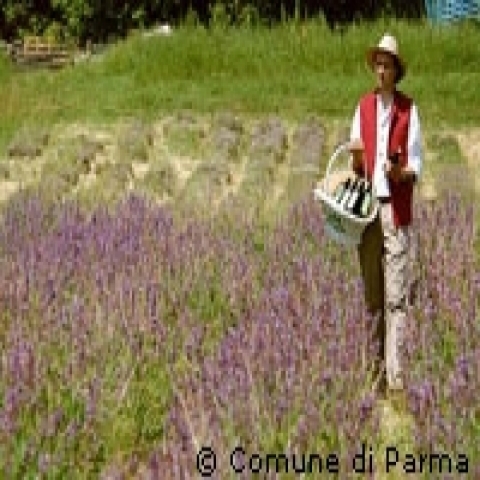 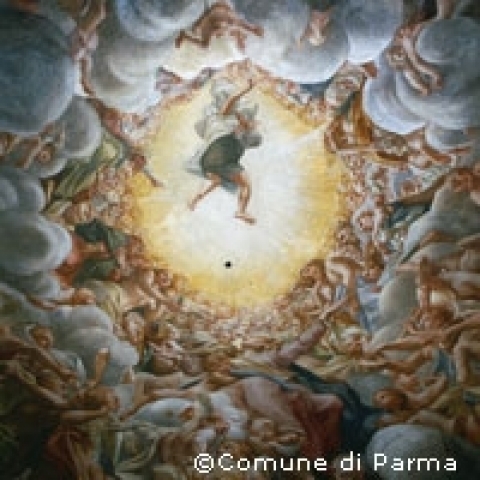 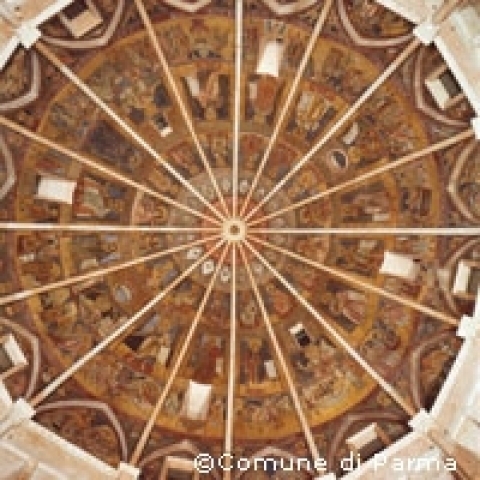 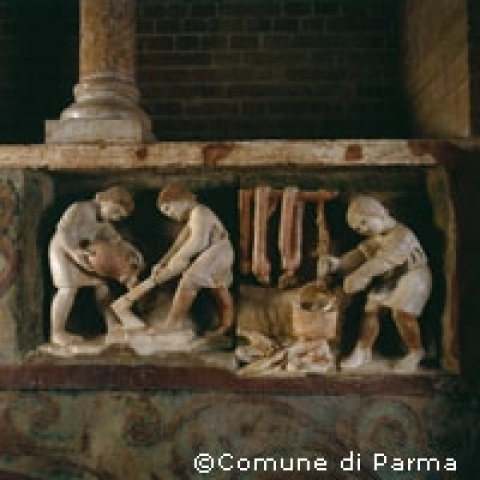 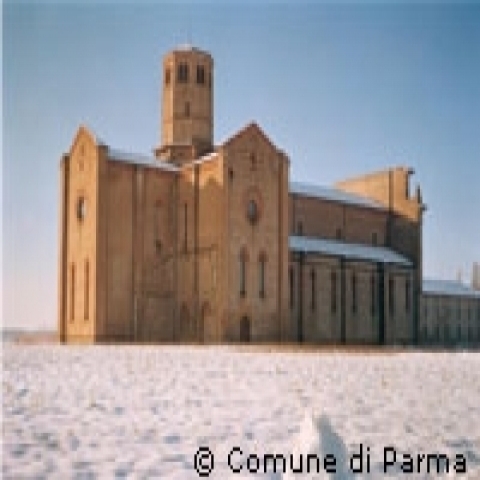 Parma Things to Do

Dedicated to S. Maria Assunta (St. Mary of the Assumption), the Cathedral of Parma represents one of the finest examples of the Romanesque style in the Po Valley. Situated outside the original town walls and started on the will of the antipope Cadalus towards the end of 1059, it was consecrated during the papacy of Pasquale II in 1106. In 1117 a violent earthquake shook the whole Po Valley and part of the building suffered serious damages. Consequent reconstructions and modifications were undertaken almost immediately. Time and men have considerably altered its structure and decoration.

the charterhouse of parma

Founded in 1225 according to the last wishes of the Bishop of Spoleto, Rolando Taverna, it soon became part of the monastic order of the Chartusian monks, who lived here for 483 years. Subsequently the building housed a "modern" charitable institution for the needy. Since 1975 the building has been the seat of the Training and Refresher School of the Penitentiary Police. The Old Sacristy is wholly conserved. The architectonic complex was finally completed at the end of 15th century, when the actual "small cloister" (not open to the public) and the "big cloister" with the monastic cells were finished. In 155,  the building suffered a great damage and its restoration ended in 1658.  Nothing remains of the old medieval furnishings, while the Renaissance ones are still well conserved. Noteworthy are the frescoed or engraved altar pieces, the capitals and the altars, executed by Filippo Mazzola, G. A. Amadeo, I. Lombardo, G. Mazzola Bedoli, A. Bernabei, A. Baratta, P. Righini, A. Borra, D. Borra, F. Natali, G. Natali, S. Chiesa, and G. Pelliccioli.

The building dates to 11th - 12th centuries, and it has been modified several times. The present-day appearance is the result of 20th century restoration that revived the medieval and Renaissance elements by eliminating the 18th century facelift. In the lower section a porticoed gallery is walled up and surmounted by two rows of arched three-light mullion windows. The inner courtyard was added in 16th century. Along the Bishop's Palace lane it is also possible to see the medieval parts of the city, such as the tower and the monumental entrance, made of squared stones. The building keeps works which belong to the Bishop's Court.

The theatre, commissioned by Marie Louise, was planned and built by N. Bettoli between 1821 and 1829. The theater was inaugurated on 16th May 1829 with "Zaira" an opera by Vincenzo Bellini. After recent maintenance, remains of the Romanesque period have been found; they can still be seen inside the building. Today, the Regio Theater has become one of the most famous opera houses in the world.

the church and monastery of saint john the evangelist

The monastic complex of Saint John the Evangelist includes the Church, the Monastery, and the Old San Giovanni Pharmacy. Its origins date to 10th century, even though its aspect is marked by a baroque facade. The Church has an original Romanesque structure. In Saint's Church are works by: Michelangelo Anselmi, G.B. Merano, the brothers Giacomo and Giulio Francia, C. Caselli, Gerolamo Mazzola Bedoli, C. Reggio, Antonio Bagarelli (author of the baked clay statues), Antonio da Parma, E. Taruffi., I. Martini, and C. Aretusi.

Home to the Toschi Institute of Art, this colossal structure is located between the Po River and Via Garibaldi. It was built between 1580 and 1620 as a Court Palace during the rule of the Farnese family, designed by the architect Giovanni Boscoli de Montepulciano. The name of the construction derives from the game of "pelota," which was played in one of the three courtyards (Guazzatoio, S.Pietro Martire and Rocchetta). Largely destroyed by an air raid in 1944, the south and west wings of the Pilotta were later rebuilt in the early post-war years.

Today it is one of the most important cultural centers of Parma, holding a number of prominent establishments: the Palatine Library, the National Archeological Museum, the Farnese Theater, the Bodoni Museum, and the National Gallery.

The Ducal Museum of Antiques was founded in Parma in 1760 by Don Filippo Borbone in order to collect the remains discovered during the excavations at Velleja (a small Roman town on the Apennines in the province of Piacenza). When the Duchy passed under the French rule, the valuables were removed and were given back only after the Congress of Vienna. After the Italian unification it became an important institute for paleontological studies and research. The collections are now displayed on two floors; on the first floor there are the relics from Velleja and other collections, on the ground floor you can visit the prehistoric age sections and a section relating to Parma and to territories around Parma during the Roman era.

This museum has its seat in the Pilotta Palace (on the top floor) and it is entirely dedicated to Giambattista Bodoni's typographical work. In 1768 Bodoni was given the task of managing the royal printing house in Parma and he was able to change it into an international printing center. The museum keeps a great deal of type blocks, punches, master copies, original dies, manuscripts, and tools. The collection also includes the alphabet boxes of the Royal Printing House, which are still used today. The most valuable work is the Greek version of the Book of Iliad dating to 1808.

the chinese and ethnological museum

Guido Maria Conforti, bishop of Parma, who planned this collection. He established the rule that missionaries had to return from mission lands with various local objects. The collection considerably increased due to many donated objects coming from China, Oceania, Africa, Pakistan, Japan, and South America.

Among the bronzes are vases, mirrors, portraits, and little statues ranging from 11th century B.C. to 13th century A.C. The ceramics include two vases of the Pan Shan dynasty dating to the third millenium B.C. and a funeral terracotta featuring a tortoise and a snake and dating to 200 A.C.

The precious pieces of porcelain range from the Hu-Suan-Te period (1426-35) to the Kang-Shi period (1662-1722). Among the paintings are several portraits and works of the painter Hua'uan, which date to 2nd century B.C. The museum also contains a collection of 8450 coins (from 13th century B.C. to 1911) which is not open to the public.

the duke palace and park

Enjoy the view of secular trees which create an elaborated green architecture, planned and carried out in 1560 and enlarged in 18th century. Adorned with sculptures by G. B. Boudard, it was subsequently given a "French style" arrangement. Inside the Park are the old Duke' Palace and the "Eucherio Sanvitale Palace". This moderately sized palazzetto is a fine example of Renaissance architecture in Parma, and it was built in 1520 by Giorgio da Erba.

The museum houses and conserves a rich and artistic documentation about the Duchy of Parma from the first half of 18th century to the Italian unification, focusing particularly on the rule of Marie Louise of Austria (1816-1847). There are seven rooms which house the collection of works, furniture, and the nuptial "corbeille" designed in 1810 and given by Napoleon to the Duchess as a wedding gift. Watercolors by Naudin, engravings by P. Toschi and B. Bossi, jewelry, diaries, clothes and documents complete this 18th century collection.

In September the town of Torrechiara di Langhirano (11 miles from Parma) is transformed into a colorful site of events. Street artists come here to perform, including acrobats, jugglers, venusiani (fire-eaters), and stilt walkers. Entrance is by donation.

The historical procession in costume takes place in San Secondo, 18 miles from Parma. The procession winds through all the city's streets in a whirl of exhilarating scenes from the past, involving the crowds of people who come here every year to participate in this event displaying the local history and tradition.

The Palio della Lumaca (snail race), the Antichi Mestieri (Ancient Crafts), the donation of the Candle, and the nomination of the Signori di Contrada (Lords of the land) are just some of the events that take place during this commemoration.