Home Destinations Campania Sorrento and Amalfi Coast Things to Do 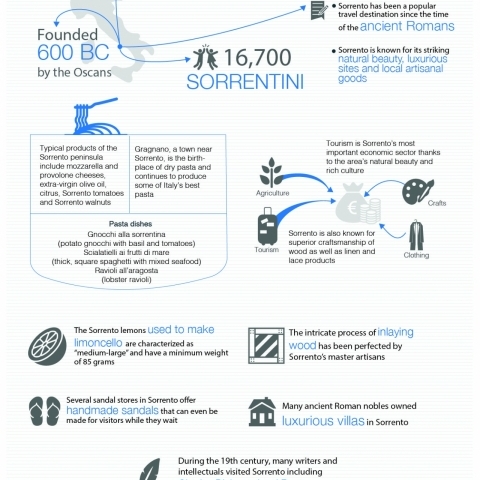 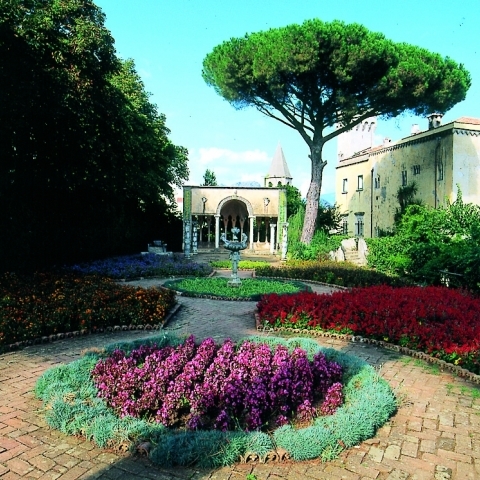 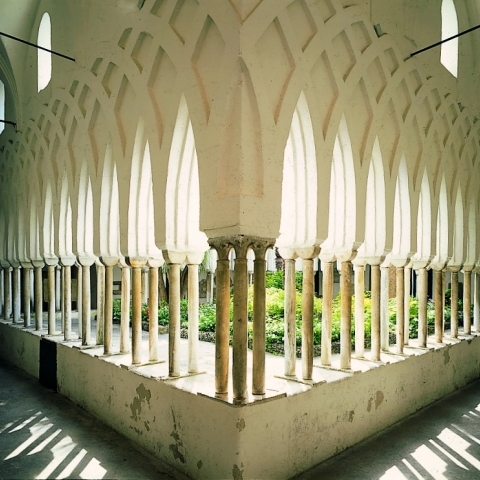 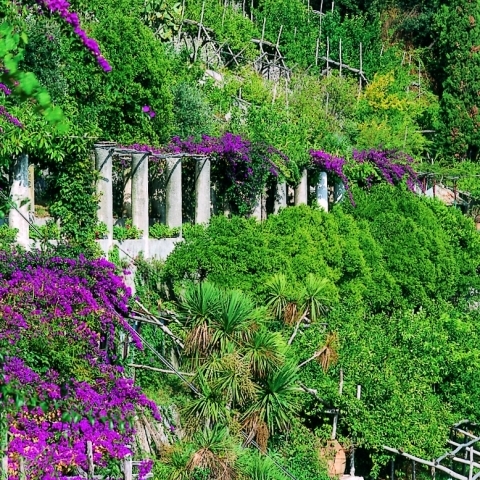 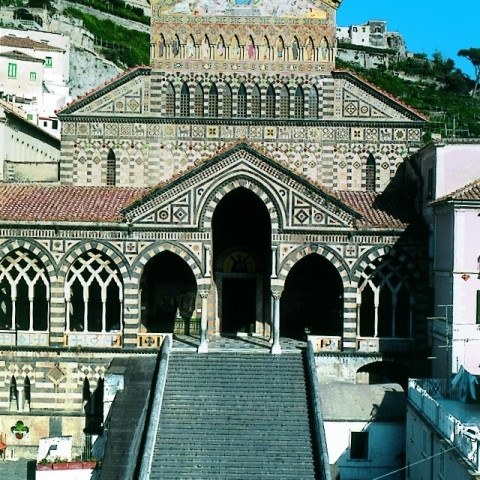 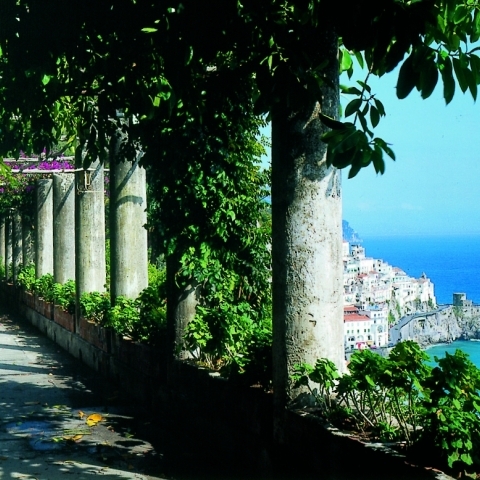 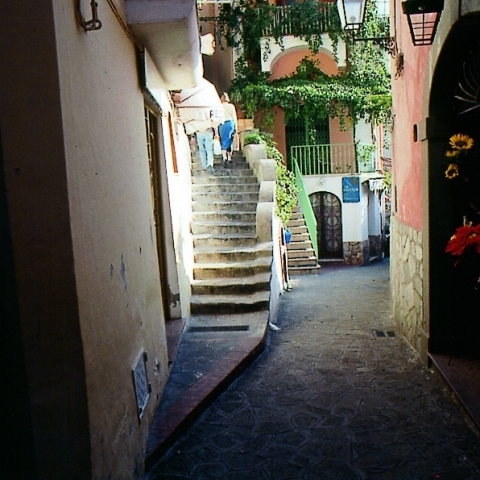 Sorrento & Amalfi Coast Things to Do

Sorrento is a sea town but is not flanked by a seaside walk, meaning that to go the beach you must descend from the hillside. Facing the sea from Tasso Square, located in the center of town, there is a stairway that descends to the Marina. There is also a bus that leaves from the same square. The square is dedicated to Torquato Tasso, the famous Italian poet who was born in the city in 1544. His statue embellishes the square that also hosts the statue of Saint Antonio, the patron saint of Sorrento.

A site that should not be missed is the Museo Correale of Terranova which showcases an interesting collection of Greek, Roman, and medieval marble statues, porcelain objects, luxurious Neopolitan furniture, and paintings by both Italian and foreign masters. Even during the winter Sorrento has much to offer; the program "Sorrento Inverno" organizes concerts, exhibits, guided tours, and film screenings that are held outdoors during the winter months.

This basilica was built around the 10th century in honor of Saint Anthony, patron saint of navigators, and in 1300 it became the home of the “Confraternita dei Battenti,” a heretical confraternity originating from Naples (Napoli). The Theatine Fathers splendidly restored it in the 17th century. The crypt holds the tomb of Saint Anthony, where sailors have made thousands of votive offerings.

Built around the 11th century, Sorrento Cathedral houses some marvelous frescoes by Neapolitan painters. The bell tower is home to an ancient ceramic clock.

The Saint Francis Cloisters have been restored on numerous occasions over the centuries and display a distinctive array of architectural styles that range from late Gothic to Renaissance, while the refectory retains its original 14th-century structure.

In this fascinating museum you can find paintings by 18th century artists, inlaid furniture, Capodimonte majolica and porcelain ware, and lacework. The palazzo which houses the museum is surrounded by green and looks out over the Gulf of Naples (Napoli).

This is a unique testimony to the ancient “sedile,” which was the building in which the city fathers gathered to make laws and decide on economic and administrative matters. A magnificent majolica-tiled dome covers the arcaded loggia of the Sedil Dominova.

Punta Campanella is a protected area stretching from Massa Lubrense to Vico Equense. The Marine Reserve unfolds along the coast of the Sorrento Peninsula, taking in lush headland and rocky inlets. Places to visit include the Bay of Ieranto. This is a great place for diving and for discovering the natural marine habitat of the “land of the mermaids.”

Overlooking the Gulf of Salerno, Vietri sul mare is a kind of terrace at the center of which rises the San Liberatore Mountains. Marina di Vietri, with its wide beaches and clear blue sea, stretches out at the feet of Vietri't miss the 17th century Saint John the Baptist Cathedral, with its great majolica-tiled dome.

One of the natural marvels of the coast, the Emerald Grotto is not far from Amalfi in the municipality of Conca dei Marini. The grotto's distinctive emerald color is caused by water from the Tyrrhenian Sea, entering and partly filling the grotto, through a crevice linked to a channel leading straight into the sea. A showcase of stalactites and stalagmites of all sizes can be seen in the grotto.

Pastel-colored houses that contrast with the bright blue of the sky and the deep blue of the sea, Marina Grande is bursting with vitality. It is the ideal place to relax and have fun for hours on end.

This part of the coast is in the cape of Sorrento, a few miles from Sorrento itself. According to legend, the Bagni di Regina Giovanna take their name from Queen Joan II of Anjou (15th century), who loved bathing in this stretch of blue sea. Not far from the baths you can see the remains of an aristocratic villa overlooking the sea, which dates back to the 1st century AD.

Sorrento and the Amalfi Coast regularly play host to a wealth of cultural events, particularly in the spring and summer seasons. Fabulous international musical events alternate with religious festivals, historical re-enactments, and fêtes.

Sorrento Summer of Music – from July to September - Sorrento

The Sorrento Summer of Music Festival takes place every year in the cloisters of the monastery of Saint Francis in Sorrento. Against the attractive backdrop of the Saint Francis cloisters, great names from the international music scene perform alongside emerging talent throughout the summer. There is plenty of classical music and chamber music, but also jazz and other genres.

Sorrento's International Cinema Festival first began in 1963, and every year awards are presented to the best of Italian and foreign features and shorts.

Amalfi was once a powerful maritime republic, and that history is recalled every four years, as this summer time boat race invades the coast. Pisa, Genoa, Amalfi and Venice bring the brightly colored standards of their ancient past and parade symbols of past glories through the city streets, leading to a breathtaking contest of wills and seamanship. Examples of ancient boats are raced for civic pride and honor.

Traditional crafts in the Sorrento Peninsula and the Amalfi Coast are a great source of shopping opportunities, including wooden ornaments, ceramics, and gastronomical products. Sorrento's main shopping street, where you can find most stores and fashion boutiques, is Via San Cesareo.

If you are planning a trip to Sorrento, make sure you go to some of the many workshops of the wood inlayers. This ancient technique originated here and later spread throughout the whole region. The process is quite complex: small pieces of different types of wood (walnut, olive, orange, holly) are arranged into exquisite patterns or pictures.

You will be offered free samples of limoncello many times and you must say "yes" to each!
Tommaso's Sorrento &...