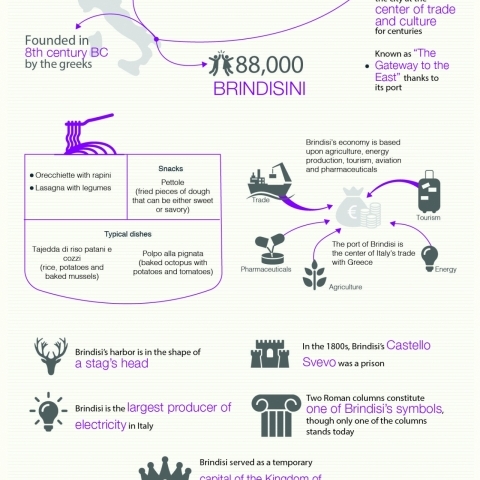 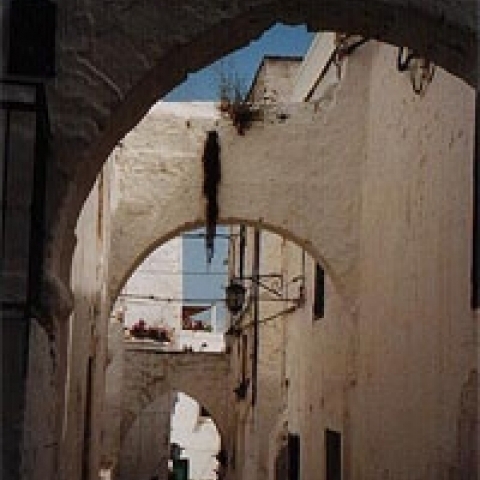 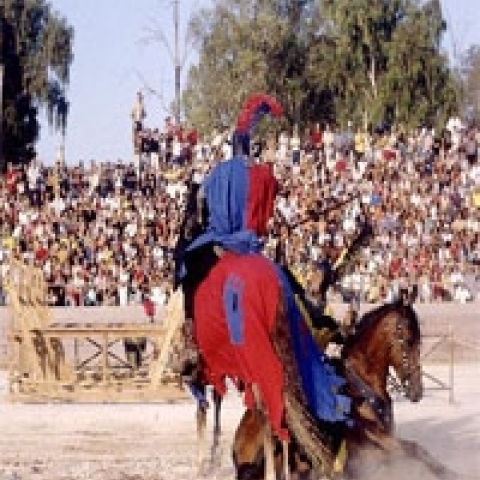 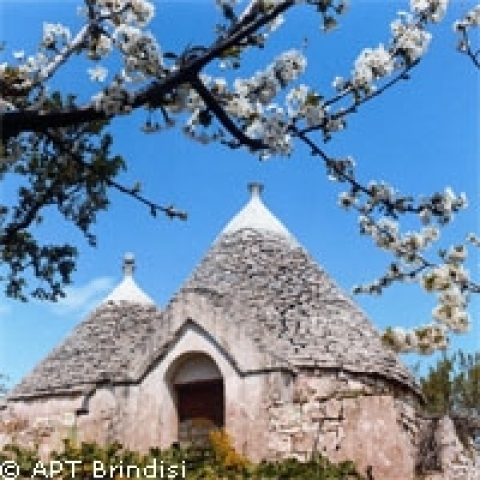 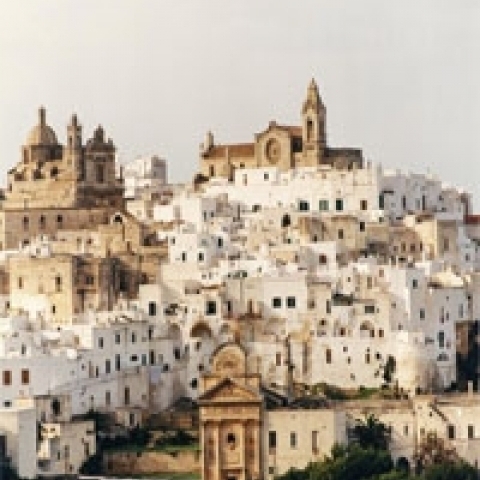 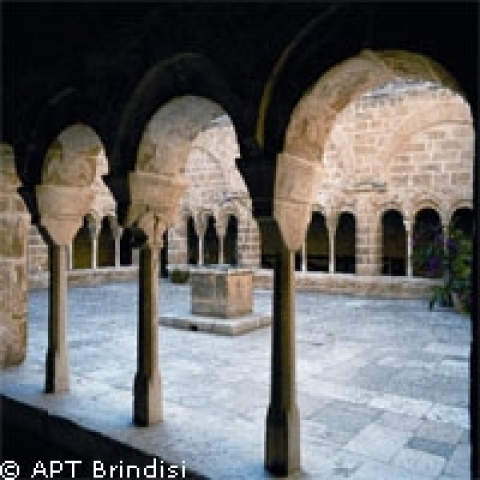 Brindisi is a very old town which was the theater for many historical events and different civilizations.

Its geographical position and favorable climate have made this territory an ideal place for human settlements dating back to antiquity. There are important archeological finds in the city of Brindisi where there is also an archeological museum, and in its neighbors, such as the Woman of Ostuni, an extraordinary burial site of a young woman who died in childbirth about 25 thousands years ago.

One important sign from ancient Rome in the city of Brindisi is the Roman Column that marked the end of the Appian Way.

Rock dwellings, such as cave-houses, cave-churches and cave-workshops belong to the civil, religious and artistic heritage of this old land. This phenomenon began in the 7th century, when monastic communities from the Byzantine settled in these impervious sites, and soon became also common in the civil population.

Brindisi's 12th century Cathedral was destroyed by an earthquake in 1743 and rebuilt in Baroque style, but inside there are the traces of the ancient floor and the wood choir built in 1594. Close to the Cathedral are the remains of the Temple, an oriental portico with striped pointed arches, the headquarters of the Templars. There is another building built by the Templars; the round church of San Giovanni al Sepolcro (11th century) with sculptures of dancers and lions on the portal.

In this area the most important expression of civil architecture are the fortresses and the castles, built first in order to defend and later transformed in noble residences. The emperor Frederick II left traces of Swabian power, with the Castle of Terra, so named to distinguish it from the other castles built by order of Frederick I of Aragon to defend the harbor at Brindisi, and at Oria, on the site of the old Messapic acropolis, with a mighty mansion. But in every villages and cities there are many castles, towers, ramparts, manors and fortified buildings to discover, such as the almond-shape Tower in Carovigno, the Castle in the main square of San Vito dei Normanni, and the many coastal towers in which one can find the remains of 431 fortifications to defend the area against pirates.

In the city there is another important museum: the Museum of Brindisi that houses examples of the history and the artistic works from the region.